Bobby Caldwell is an ex-private eye and an alcoholic. He is doing his best to stay in recovery, work his new job at a bank, and raise his adopted son in a worry-free, normal, environment. Only problem? Life is boring.

Bobby isn’t looking for love, but after being set up on a blind date, he meets Sylvia Ramsey, a young mother and former prostitute. She is everything he’s looking for in a woman, even with the mysteries surrounding her.

With a new love interest, life is looking a lot less boring. Especially when Bobby discovers that his new girlfriend leaves a trail of dead bodies everywhere she goes. 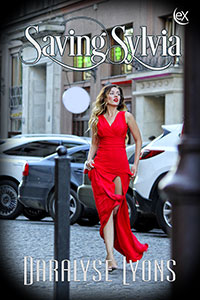 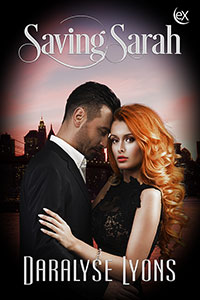 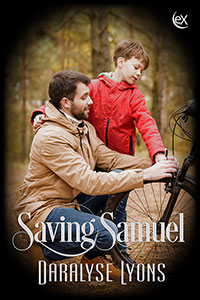 I knew the second I heard the first shot that it was over. But my heart couldn’t relinquish hope until I saw his body for myself. So, I remained crouched on the fire escape, the rickety precipice rocking beneath my bare feet, and resisted the inner urge to slink away to safety.

Shhh! I reminded myself to stay quiet as I dangled my four-inch heels off my fingers and waited through the second, third, and fourth shots until the noise of the guns and the hurried rearranging of furniture had subsided.

I counted, silently, to one hundred before sliding myself through the open window. I should’ve known they’d be coming. They always came.

I was glad I hadn’t had time to take my gloves off and make myself comfortable, as the stranger had suggested because that meant I wouldn’t need to wipe down surfaces to expunge any traces of myself. No one would know I had been there. Except for Matthew and his men.

The assassins didn’t want traces of me remaining behind either. Their boss needed me alive.

For months, I’d been telling myself I should stop working. Even though I’d basically become a loaded weapon, my body a death sentence to anyone unlucky enough to pay for the pleasure of my company, I couldn’t imagine going legit.

The sound of voices in the apartment next door ripped me from my reverie. I didn’t have much time. Soon, the cops would be there to bag and tag the body and begin yet another investigation into the string of unsolved murders that had everyone perplexed. Lately, all the local news coverage had been about the dead men but no one—other than me, Matthew, and the men he employed—knew that I was the connective tissue linking the victims together.

I hurried from the living room, where the stranger’s body lay, unmoving on the floor, growing colder with each passing second. In the bedroom, I let my eyes rove around the unfamiliar space for anything worth taking. A pair of cufflinks, a Rolex watch, some cash, and a woman’s engagement ring. I shoved them all into my handbag. The ring gave me pause. Had my date been planning to ask some girl the question? Or had he already asked and been denied? Obviously, if he’d already proposed, and his would-be bride said yes, the ring would be with her and not with him.

Shit. They’ll be here any second.

My last move before returning to the fire escape was to rummage through the body’s pockets. That was always the worst part. But it had to be done. I found a leather billfold with $387 in cash—enough for an evening in her company, Chinese food takeout, and a cheap bottle of wine. The money was untraceable. The credit cards weren’t. I took the former and left the latter.