Sarah Anders is a Scorcher. She specializes in burning plague victims to make worlds habitable again. When her ship is captured and her body sold to slavers she knows it is just a matter of time before the Alliance comes for her. She had never imagined that she would be sold as a breeder, or that her new mate would be a man she could respect. Athon Kellan is a creature of mixed blood. His Dhemon appearance is at odds with his Azon mating drive, but together they make him one hell of a fighter. When they come together it is out of neccessity, but will their joined bodies entwine their fates?

He was breathing deeply as he got closer, as if her scent was drawing him. It took defying every instinct that she had not to draw away when he approached her. His kiss was worth staying for, his tongue teasing at the seam of her lips before dipping inside to taste her. He held her head still for his kiss, leaving her to grip his arms for support as her knees buckled when he sucked on her tongue.

Athon leaned forward, pushing Sarah back and she tumbled to the bed, her fingers still clenched on his arms for balance. Her body also wanted to keep him close to her so, when he sprawled on top of her, it positively purred. Oh wait, that was his purr.

Sarah felt her eyes widen as the happy noise pervaded her senses. He nuzzled at her chin and neck until she squirmed under him. Then his attentions shifted back to her breasts, the right one to be precise. His tongue lapped at her and then he settled in with a harsh suction that shot a bolt of sensation from her breast to her womb.

She was wet already and could faintly smell the heat coming off her body. Her cheeks flushed with embarrassment when her scent started to combine with his. She hoped he wouldn't notice.

The left breast was now treated to the ministrations of his mouth and she almost came at the first harsh pull on the nipple. As it was, she felt a spiralling of heat and moisture gather between her thighs, which shook as Athon parted them so that they would bracket his torso as he slid lower.

His goal was obvious as was his intent to drive her out of her mind. When he first blew a stream of warm air across her damp flesh, she jumped, but the second time, he followed the air with his tongue and she was a gonner.

Sensations that she had long since forgotten rioted through her. Her body gripped the stimulus eagerly and rocketed her to completion in only a few slow deliberate licks. She shuddered as waves of sensation ran through, over and under her. She felt her body heat up and shook with the effort to control her talent.

He moved up to kiss her and she tasted her dew on his lips. He reached down to free himself from his trousers and she groaned as the heat of his body flamed hers higher. The blunt probing of him at her entrance was uncomfortable until the head of his cock had spread her moisture enough to cover him. When he started to enter her, she widened her eyes only to see the burning red coals of lust in Athon's own gaze.

Time hung suspended between them as he moved inside her, thrusting slow and deep, the eternal rhythm taking over, crossing species boundaries, until the moment when she tightened around him to hold his cock inside her. The instant that he felt her gripping him, he bit her.

His teeth held her still as his cock twitched and spurted inside her. She squeaked in response to his claiming and held perfectly still. When he removed his teeth, he licked and nuzzled at her neck. She sighed and slipped her hands up and down his back as Athon calmed her and himself.

"I will do better by you next time." His lips were on her temple when he murmured that one.

"Ah, but will you get your pants off?" She was exhausted, her limbs limp with their exertions and the transport wrap. He chucked and bumped his nose against hers. She went cross-eyed trying to keep eye contact.

"Probably not. I am sorry that we had to get acquainted so rapidly, but I look forward to again feeling your heat."

She almost laughed, but she was fading rapidly. "May I sleep now? I am really quite exhausted from the transport." He had no idea how hot she could get.

"Rest. You have provided the service for which you were purchased."

She yawned heavily. "Is that what I did? I just thought I lay here while you gave me a nice, slow fuck." 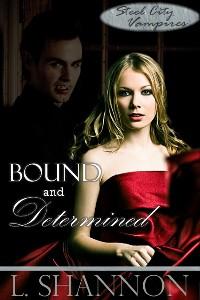