Life deals a cruel blow to Sera. Her family gone, homeless and near penniless she makes her way to Sydney Town toward the turn of the nineteenth century, taking work where she can, only to find with youth and good looks, the prospects of meaningful work are not always what they seem, and she soon becomes installed with one of the more affluent procurers of the town. After a gentle initiation, she is seduced by the allure and excitement of the profession, where she learns not everything is to her liking, but her dream of wealth and title push her on.

But as before, as everything is looking good, disaster strikes, and she is forced to flee seeking refuge in the settlement of Brisbane, originally settled by convicts. Though her safety seems assured, she is still wary and when the opportunity arises to travel further she takes it, making her way to the Portuguese settlement of Macau. There, though safe, nothing changes and she is forced back into work, but with promises of wealth and position, she leaves and goes with a plantation owner to his property in Vietnam, under colonization by the French. Again, disaster!

Within a year she is again fleeing, but this time with the help of the authorities, and the willingness of an official, Jules, who sees her on board a ship bound for France.

On board, she meets a young aristocrat, Louis, who she becomes fond of, and the journey looks to become one of romance and love until his friends intrude and divulge the truth. France cannot come quickly enough, and once there, do they have any hope of leading a normal life, or will they forever be in the clutches of his friends, the sadistic Alex and Rachelle? 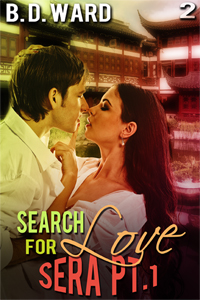 More From Search for Love 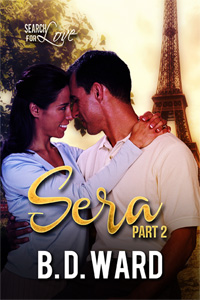 Life holds many mysteries, some easily explained, others as bewildering as the one I found myself faced with, a month after my eighteenth birthday. I was a student, boarding at the prestigious girl’s college of Miss. Annabel Lucknow, in the outback community of Armidale, in mid-west New South Wales. My mother had attended this place of learning and final grooming, some twenty years prior, and felt her daughter should be given the same opportunities as she herself was. I was in all respects a model student, receiving high grades for all subjects I undertook. My future on the social ladder at that time seemed assured.

Then, on one cold and early morning, there was a knock on the door of my dormitory, which I shared with three other girls of similar age. It was still dark, and the groans and whines from the other girls when my name was called out and my presence was requested at the mistress’ study, was nothing compared to the news and horror that awaited me.

I had hurriedly put on my dressing gown and was still fastening it when I reached the door of the study. I knocked and waited for the customary call to enter before opening the door and walking in. Besides the Mistress in the room, where the fire was burning brightly and warmed the chill in my bones, there was a man in uniform, I had never seen before.

“Sit down, Sera,” the Mistress beckoned, her face showing signs of concern. “This is Sergeant O’Brien from the local Constabulary. I’m afraid he has some bad news for you.”

She looked toward the man who stepped forward, looking closely at me and coughed as if to clear his throat. “Miss.…Forster…”

He made faces, wanting to say something but unsure, as though reluctant to talk with me.

“I’ve had word…your parents own a sheep property west of Sydney, is that correct?”

“Yes,” I replied, wondering what had happened and looking toward the Mistress hoping that someone might say something and put me out of my misery. “What’s happened?”

“I’m sorry to tell you, but your mother and father are dead.”

He said it in such a rush I found it difficult at first to comprehend.

“What are you…saying?” It was I who now felt confused. I looked toward the Mistress for confirmation to what he said. “They’re dead? Both?”

She came around from behind her large desk and put her arm around my shoulder in a comforting motion.

“Shot, I’ve been told. Murdered. There were no sheep found on the property and the house had been ransacked,” the Sergeant replied, no longer stumbling over his words.

“When did this happen? I received a letter from them for my birthday. They were both well, and looking forward to me coming home for the holidays,” I told him, my eyes watering, but the tears refusing to fall.

“It was thought sometime in the past week, or two. It was difficult to tell,” the Sergeant said, elaborating no further.

“Did you find those responsible?” I asked, my feelings hovering between shock, anger, and sadness.

“Not yet, but I believe the police are looking at a number of suspects.”

I looked up at the Mistress, bewildered. “What do I do now?”

“We’ll see what can be worked out,” she replied, looking at the Sergeant and shaking her head. “There’s two weeks before the holidays. That will give us time.”

“Should I go home? There must be things to be done? Burials?” I groped for some sane answers to this frightening situation.

“That’s all been taken care of. Your folks were buried together, at the local church graveyard, presided over by your local minister. All done proper. I believe the bank have taken the house as there was a debt on the place, so there’s no reason for you to return unless you want to,” he said, adding to my misery.

The tears fell and I found it hard to contain or control myself, the Mistress holding me warmly and kindly in her arms. When I overcame the bout of tearing up, the Sergeant was gone and I was alone with the Mistress in the warmth of the study. “What now, for me?” I blubbered.

The forlorn look on the Mistress’s face gave me no reassurances that my life was about to improve.

“There are two weeks of this term left which have been paid for by your parents. After that, I’m afraid you will have to find your own way in this world, Sera, unless you have the funds to continue here. We are not a charity. Your time here has been well spent and you have been a model student. I shall be sorry to see you go, but I hold great hopes that you will achieve the ideals that have been instilled in you during your time here, and go on to make something of yourself.”

“Like what?” I asked despondently. “What can a young lone female hope to achieve in this barbaric place?” I added crassly, never having had to bear such responsibility, and having it thrust on me in such a manner.

“Enough!” The Mistress snapped, making me jump in the seat. “I know this does not appear fair to you, now, but these things happen for a reason. They make you stronger. Prepare you for life. I’m sure your parents would agree. They have helped you, nurtured you, and afforded you this grounding at this great college. Now it is for you to go forth and show them that their efforts were not in vain. That you can achieve…accomplish all they had dreamed for you. Sera, I know you, and I know you can fulfil their wishes. Go back to your room and think over what I’ve said, and see me before you leave.”