Kianna’s life changes forever on the night her true love, Shane, willingly becomes a vampire, and the same creature who changed Shane takes Kianna’s life. Now she is dedicated to slaying vampires—wherever and whoever they are.

Kianna is human by day and an angel by night—gifted with heightened senses, speed, strength, and immortality, and able to control the light in order to slay the bloodsuckers and wipe them from existence. When she comes face to face with Shane while he helps her escape from a day-time vampire attack, he threatens to destroy her control with a dark look that ignites the fire within, and she can’t stop the sudden desire the dark vampire brings.

Both Kianna and Shane are attacked, and Kianna finds herself in the hands of Dimitri, the vampire who killed her and changed Shane. She accepts the death that doesn’t come when night falls, and her immortality protects her. But at what cost? 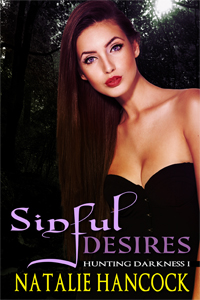 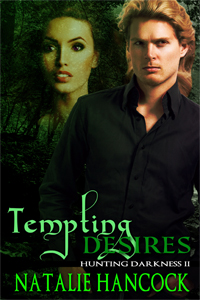 Someone was in the house. The creak of the floorboard jolted me upright from sleep, breathing heavily, while my heart thundered in my chest.

I reached across the bed and flicked on the lamp. Nothing was in our spacious room, and nothing seemed out of place... except the open window. Ice cold air blew past the curtains. The moonlight peeked through, casting dancing shadows across the room.

At first I thought it was my imagination, but the creak sounded again, and I knew I hadn’t imagined it. Someone was definitely there.

I shivered and scooted closer to Shane, who was none the wiser. “Shane,” I whispered, but my voice seemed too loud in my ears and I flinched, glancing at the door in alarm. I poked him, but he didn’t stir.

The floorboard creaked again, instilling me with fear. What if they’re murderers? I shook Shane violently. He jumped awake, blinking at me with sleepy eyes.

“There’s someone in the house!” I whispered frantically.

He jumped up straight away, moving swiftly through the room without making a sound.

I followed him. When he reached the door, he grabbed the baseball bat he always kept behind it, then reached for the handle.

He glanced back at me, his face serious. “You stay with me. Don’t scream, don’t shout. Don’t make a sound. If anything happens, I need to know you’ll run as fast as you can, and don’t look back.”

He turned and took my face between his hands. “I’m not letting anything happen to you, do you understand? If anything happens, you run. Run, Kianna, and don’t bloody look back.”

I nodded quickly, tears filling my eyes. The situation was serious if Shane thought something was going to happen that would cause me to run without him.

He smiled and kissed my forehead before turning back to the door, opening it slowly. The high-pitched creak sounded like a gunshot. We both jumped at the sound.

We stood no chance against our attackers, who’d been lying in wait.

One of the assailants moved with impossible speed and grabbed Shane by the neck. He flung him over his shoulder and onto the landing, where the others closed in.

Breathing heavily, I moved backward, unable to tear my gaze away from the man who watched me with almost hungry eyes. He was tall, with long dark hair and black clothes. He looked like a Goth.

He blinked, and the spell he seemed to have on me was broken. I quickly glanced past him as Shane pushed himself to his feet. When our gazes met, he yelled and ran toward me.

The man was faster... so much faster.

He was behind me in an instant, his long fingers wrapped around my throat, choking the life out of me. “I don’t think so,” he drawled.

The man squeezed my neck harder. He lifted me until only the tips of my toes touched the floor.

I clawed at his hands, gasping for breath, but he didn’t relent.

“Step any closer and I will snap her pretty little neck in half, boy.”

Shane clenched his teeth together and fisted his hands to his sides.

I choked in air as the man eased his grip on me and put me back on the floor.

The other men were around him before the command even left the man’s mouth. They grabbed his arms, his legs, and throat—pinning him firmly on the spot.

Shane struggled, and it was obvious that he was doing so, but no inch of his body moved.

The man behind me stroked a finger along my throat, and my pulse jumped wildly at the tingling sensation he sent through me. When he pulled me back against his body and sniffed my hair, I shivered, disgusted at how dirty I felt.

“Now that I have your attention.” The man was silent for a few seconds.

“Fuck you!” Shane yelled, as though he’d heard something the man had spoken that I hadn’t.

The man clucked his tongue. “Shame.” He moved my hair away from my neck and tilted my neck to the side.

When the other men smiled, I saw their fangs. Oh no, no, no, no. This can’t be real. Vampires aren’t real. I squeezed my eyes shut, rooted to the spot in fear, as I felt his breath on my neck.

“Wait!” Shane yelled as the man put his lips against my neck. “I’ll do it! Spare her life, and I’ll become one of you—I’ll let you change me! Just spare her!”

The man straightened and chuckled. “Say the words, boy.”

Shane swallowed. “I want you to change me into a vampire. Make me one of you and teach me your ways.”

It was too late. The man threw me across the room, and I hit the wall hard enough to bounce back before falling. The room spun around me—everything blurred before clearing. Ignoring the nausea swirling in my stomach, I rolled slowly onto my stomach. Something dripped into my eyes. I blinked quickly, until I could see again.

The vampire was behind Shane now, tall and menacing, even compared to Shane’s muscled body. The vampire oozed power and evil from every pore of his skin. He met my gaze, winked, and tilted Shane’s head to the side. He didn’t waste time, like he had with me. He just bit down, hard.