Taming of the Beast

Lord of His People 1

It is 1961, and Tanya Roberts has just delivered her friend’s baby. She names him Nathen. He is no ordinary child. Tanya learns that Nathen is cursed and is destined to die sometime during his thirtieth year. The story then continues in 1990 with the introduction of Authia Thompson, whom Tanya has raised since infancy. Tanya attempts to save Nathen from his destiny through Authia and the gift that the three of them share.

It is a journey plagued with numerous obstacles. The most daunting obstacle they will face is a spirit whose sole purpose is to destroy Nathen and anyone else that gets in her way. Nathen and Authia must find this spirit, unlock the secrets of an age-old curse, and do this all before his thirtieth birthday. Only then will the journey be a success. Only then will Nathen be free to love and live his life with Authia. 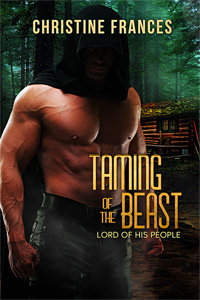 Taming of the Beast

Lord of His People 1 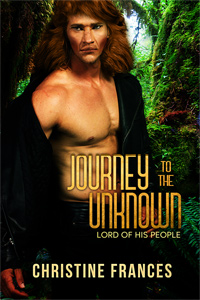 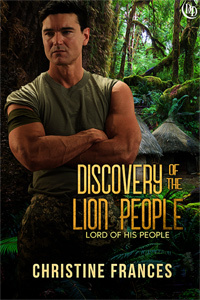 Tanya wrung out the washcloth into the basin of cool water and then gently wiped Laura’s forehead. Laura had been in hard labor for over fifteen hours without the benefit of medication to ease her pain. Her strength was deteriorating rapidly, and being only a few centimeters dilated, she still had a long way to go. Tanya prayed her friend would last long enough to give birth to the son that lay secure within her womb.

Another contraction took hold of Laura as Tanya watched her friend’s body contort in pain. Frantically Laura reached out for Tanya as she screamed out in agony. At the same time, Tanya was going through her own suffering. Having to sit by and watch her best friend suffer so horribly and not be able to do anything for her was tearing Tanya apart. As the contraction subsided, Tanya adjusted her friend’s pillows and delicately brushed away the honey blonde hair that had fallen across her forehead.

She looked at her friend and shook her head. “For God’s sake, Laura, let me take you to a hospital.”

Laura’s pale blue eyes grew wide with fear. Tanya could see that Laura’s strength was failing her as Laura grabbed at Tanya’s arm and pulled herself up from the oversized double bed. “No! You can’t do that to him. You saw what could happen to him.”

“What I saw could be wrong. I’ve been wrong before. What’s happening to you is real. You’re going to die, Laura, if I don’t get you to a hospital.”

Laura lay back on her pillows and drew a breath of relief. The contraction was clearly over. “You could also be wrong about me dying.” Laura turned to face Tanya, her tired eyes pleading for compassion. “You can’t let them hurt my baby. Promise me you’ll deliver my baby and keep my secret.”

Both Laura and Tanya could feel the next contraction coming. Desperately, Laura once more took hold of Tanya’s hand and stared deep into her eyes. “Help me, Tanya. Promise me on our friendship that you won’t do anything to harm my baby.” The contraction was beginning to reach its peak, and Laura screamed in agony as she fell back against the pillows, her body enveloped in pain.

“All right, Laura. You know I won’t let anyone harm him. Just hang in there.”

“Promise!” Laura yelled out as the contraction grew visibly stronger.

“I promise you, you’ll have the baby here, and no one will ever know.” Tanya saw Laura trying to smile, but another contraction was building up. A moment later she gave in to her pain and fainted.

Tanya stood up from the bed and walked over to the dresser. She picked up a bottle of bourbon she’d placed there earlier and poured herself a stiff drink. As she raised the glass to her lips, she caught a glimpse of her own reflection in the mirror. With a look of pure disgust, she raised the glass and saluted. “Well, I hope you’re happy. Because of your inability to keep your mouth shut, and of course let us not forget this God damn curse of yours, you have probably just killed your best friend and her child.” Tanya downed the drink in one swallow, then went back to the bed to try to revive her friend.

Tanya had not always referred to her special gift as a curse. For years it had been a gift from God. She could see things, hear things, feel people’s thoughts, and that just scratched the surface of her talents. There were only two people who knew of her gift, and one of them was Laura. Tanya didn’t want anyone else to know because she didn’t want to be treated as a freak or some circus attraction.

To Laura, Tanya’s gift was exciting, and she’d often scolded Tanya for thinking anyone would find her a freak of nature, as Tanya put it. Laura was amazed at how Tanya could put her hand on a chair and describe in detail the person who had occupied it before her. She could place her hand on the stomach of an expectant mother and know if she was having a boy or a girl. That was how all the trouble started. When Laura found out she was pregnant, she immediately went to Tanya to find out what color to redo the spare room.

Tanya was more than willing to oblige, but when she’d placed her hand on her friend’s stomach, she saw much more than the sex of the child. Visions had bombarded her all at once. She not only knew that the baby was going to be a boy, but also what he looked like. She could see his features clearly as a newborn, as well as a small child and a grown man. The vision frightened her. What she saw was not the features of an ordinary man, but rather something extremely different. At first she avoided telling Laura, but as time went on, her visions revealed more of what the child’s life was going to be like. She could feel the child’s suffering. She could feel the battle he would fight with the turmoil that dwelled deep within him. She knew that the child would die by his thirtieth birthday if she and Laura did not intercede. Tanya didn’t know how he would die, only that he would. From her visions, she saw how people tormented him. How they hurt him, not only physically but mentally. Finally, with much reservation, she told Laura, and together they began to formulate a plan that would protect the baby.