Going a month without a man or a date was probably an impossible task for serial romantic Lucy Adams. She’d made a habit of falling in and out of bad relationships that always started with her finding the man of her dreams and ended with her kicking him to the curb.

After her latest breakup, her best friend and neighbor Tom Henson bets her she can’t go thirty days without a date. With a nickname like Love ’em and Leave ’em Lucy, the odds were stacked against her. Still, she’s up for the challenge, and the chance to rub Tom’s nose in it when she wins. Nothing like a friendly wager between friends to make things interesting. But when the game changes, all bets are off… Warning: Strong language 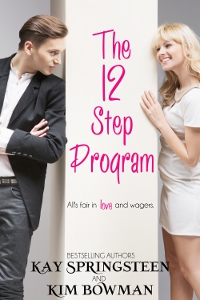