Star Brides: Dept. of Corrections (MFMMM)
Pia Manning
In Shelf
$4.50
All Books In Cart
All Books In Bookshelf
Excerpt

Dachar finally found Anis preparing multiple nourishments, or trying to. Various foods decorated the small counter. Some had been nibbled, some almost totally consumed, and a few, set aside from the others, not touched at all. Anis stood with her back to Dachar, considering the next series of buttons to push.

“Maybe if I try this, this, and that one…” she muttered to herself, not realizing Dachar stood behind her, amused.

“If you try the top two, the middle one, and that last on the right, you will make brueschl,” Dachar informed her laughing.

Anis spun around quickly, her cheeks bright red. “Oh! I’m sorry,” she stammered. “I was just going to try a few combinations to see what they did, and I got carried away. I’ll clean all of this up right away.” Anis reached for the closest dishes to begin the clearing process.

“Did you not like these?” Dachar asked, pointing to the plates on the far side of the counter. Dachar laughed as Anis bashfully shook her head no. “I hated that as a child. My creatora made me sit until I had finished all of it. Sometimes I sat for a very long time!”

Not wanting to ruin the lighthearted mood or break this fragile connection, he pointed to a dish. “What about the agath? Did you like it?”

“Oh yes, a lot. Just like spaghetti. I was trying to find the meatball button.”

“Well, they’re like…” Anis launched into an explanation of meatballs.

More than an hour later, Anis and Dachar, both stuffed and laughing, moved into the living room area. Settling, Dachar invited Anis to sit beside him. Hesitantly, she perched next to him. Tapping a few buttons, he opened the viewing window and lowered the lights. For a moment, Anis sat rigidly, clearly uncomfortable. Once the viewing window opened completely though, she leaned forward eagerly.

Placing her hand on Dachar’s arm, she asked breathlessly, “What are those? The silver streaks?”

Afraid to move and ruin the moment, Dachar replied, “They are smaller vessels from Talat. Some are delivering supplies to your planet, others transport people back and forth.” Very slowly, Dachar began rubbing Anis’s back. Without realizing it, she relaxed under his ministrations and leaned back, sighing contentedly. Dachar edged closer, his hand sliding around her shoulder. Anis stiffened.

Unwilling to retreat and lose his hard-fought gains, Dachar quickly asked, “Anis, would you like to see more of the ship? There are any number of places I think you might enjoy. And there are many more opportunities to eat.”

Anis, eyes sparkling, shifted to face Dachar. “Really? We could do that?! Yes! I would love to go!”

“Yes, Anis, I will take you on an excursion. I will enjoy exploring Talat with you.” Dachar looked at the floor as he considered how to explain his concerns. “But,” he began seriously, “you must promise to stay close to me and not wander off somewhere on your own. It would not be safe for you to do that.”

“Ookay, why isn’t it safe? This is a spaceship, right? It’s not like a big city or something—it’s a closed environment. This might sound like a dumb question, but is there crime here?”

“Periodically there are disputes, especially in the merchant area, but that is not what I mean.” Hoping a brief explanation would satisfy Anis, Dachar continued, “The unmated males of all species will be interested in you.”

“I think the drive to find one’s mate is an almost universal imperative. Many worlds have few females. Sometimes just fewer are born, or sometimes it’s the result of disease or war. In many cases, the problem lies with the harsh nature of newly colonized planets—worlds in the early stages of colonization are often harsh places in which to live. The struggle to survive is even more difficult for pregnant women and young children. Later, these males find themselves without mates. So, they search.

“On Talat, no male may approach a mated female. Unmated females are an entirely different question. That is why newly arrived creatrix are seldom found out on their own.”

“So any male whatsoever can grab me and force me to have their babies? That’s barbaric! What if I don’t want to do that? Or want a particular male?” Anis exclaimed, incensed.

Dachar realized he had explained far more than he intended to, but plunged ahead anyway. “A female may, after a suitable time period, be reassigned.”

“Reassigned! To whom? And after what time period? Who decides all that?”

Wishing he had never spoken, Dachar replied, “That is the law, but it rarely happens.” Seeing Anis’s disbelief, Dachar continued, “Males of my planet care very much for their creatrix. They take good care of their mates and try their best to keep them happy and satisfied.”

“How would another man know if I was mated or not? I’d be with you, wouldn’t I?”

“That is why it is so important for you to stay near me. A warrior would never allow his unbonded mate to go about alone. On Vora, my home, there is more freedom to move about unaccompanied, but especially on Talat…so, if you would like to go out, I must have your word that you will stay with me and place yourself in my protection.”

“What would happen if someone didn’t believe we’re really, you know, together?” Anis asked, blushing as she gazed at the floor.

Amused, Dachar considered his answer for a moment, and then gently tilted her chin upward. “Anis, I will fight, and if need be die, to protect you.”

Dachar stepped into the shower and stopped, seeing Anis naked for the first time. Transfixed by her beauty, he could only stare. Long honey-colored silk framed a startled face and flowed over creamy shoulders. Anis’s hands cupped her ripe breasts while plump nipples peeked from between her fingers. The evidence of her sexual arousal, an engorged pink clit, peeped out from between her pussy lips.  “Dachar! I need to get dressed. Please leave—” Anis licked her lips as she gazed at his bulging crotch. Dachar’s cock stiffened and pushed against his uniform as he saw the desire gleaming in her eyes.

Exhaling in frustration, Dachar reached for Anis. Slowly he pulled her to him. Ignoring the fright shining in her eyes, Dachar covered Anis’s mouth with his own. Coaxing and teasing her lips with his tongue, he gained access to her mouth. Sweeping his tongue inside, he moaned softly. Anis arched into Dachar, opening her mouth for his invasion. Dachar plunged his tongue  in and out of her mouth mimicking what he would soon do with his cock. Her creamy skin felt soft and warm as he cupped her firm ass.

Shivers of anticipation flitted along her spine as he squeezed and kneaded the flesh he found there. Dachar skimmed Anis’s throat, lingering in the hollow of her neck, where he nibbled and tasted. He licked and kissed his way to her breast. Covering the raspberry-colored nipple, he pulled it firmly into his mouth. Taking it deeply inside, he rubbed his tongue across the engorged bud, pulling even harder when Anis groaned. Slipping past Anis’s ass, Dachar’s two fingers slid along the crack into the wet opening hidden in her pussy. Bending her backward, Dachar slowly inserted one long, thick finger, penetrating as Anis gasped in surprise. Holding her firmly, he continued to thrust in and out with his finger, waiting for her to adjust to his invasion. He added a second finger, stretching her opening before encountering her virginal barrier. Withdrawing his wet fingers, he found her clit. Using her moisture, he slowly circled the swollen flesh, then slid past it and back into her. Each pass into her vagina brushed against her clit. Mindlessly, Anis threw her head back and groaned as she rubbed her pussy against Dachar’s hand.

Dachar stripped off his uniform as Anis watched, wide-eyed. Naked, he stood before her, magnificent. Thick, well-muscled arms joined wide shoulders. A powerful core tapered to a slim waist and hips. Long strong thighs framed a thick cock. Anis could not help herself. She stared at Dachar’s cock. The broad expanse of his head had her licking her lips, wondering what it would be like to run her tongue along the length of his shaft and play with him.

Scooping her into his arms, Dachar deposited Anis in the middle of his huge bed. As she struggled to her elbows, Dachar dropped to his knees. Grasping her ankles, he pulled her toward him until her ass stopped at the edge of the bed. Draping her legs over his shoulders, he gripped her hips firmly. Dachar’s eyes held hers as he lowered his head and began to softly kiss her pussy lips. Anis watched, fascinated, as he kissed first one side, then the other. His warm breath made her clit ache and throb, her womb clenching with each brush of his tongue. She cried out as incredible new feelings tumbled through her body.

Dachar circled her clit with his teasing tongue, never quite touching it. Slowly it slipped lower, until he found her pussy. Gently he tickled her opening, inserting just the tip of his tongue into her pussy. Anis gripped his forearms, trying to keep herself from hitting the ceiling. As he pushed deeper inside, her hands found his hair. She twisted the dark strands between her fingers.

Dachar rose, Anis’s juices shining on his face. His cock glistened with its own juice. Taking his great cock in his hand, he guided it to Anis’s entrance. Nestling just inside her pussy, Dachar leaned over Anis and thrust forward. Anis felt herself stretching to accommodate him. Pleasure bordering on pain seared her.

Needing to feel him against her, she wrapped her arms around his neck and pulled him down to her. He groaned as her nipples brushed against his muscled chest. Taking her into his arms, he slowly pushed himself inside her. Encountering her barrier, he hesitated for a moment, then covered her mouth with his own. Gathering himself, he plunged past it. He felt Anis shudder and writhe beneath him. Dachar waited for a few moments, allowing her body time to adjust to his size.

They clung to each other, panting. Dachar kissed Anis softly, brushing silken hair from her face.

“Are we bonded? Is that it? I don’t feel any differently. How does that happen? The bonding, I mean.”

“The bonding process has begun, Anis. In a short while, we will belong only to each other.”

“What does that mean, Dachar?” 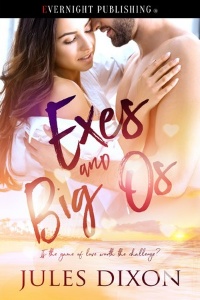