The Call of the Night

The Call of the Night by Tabitha Rayne The Call of The Night is a lesbian vampire romp in the woods. Leah finds herself on an evening walk on the outskirts of town being confronted by a mysterious cloaked woman who commands her to follow her into the forest...

House of Seven Inches by Michael Bracken Located just south of the middle of nowhere, the two-storey house has stood empty ever since the previous owner disappeared several years earlier. The new owner – a gay, would-be writer who left a bad relationship in the city – moves in and begins an extensive renovation project. He soon learns to appreciate the solitude ... until he suspects he isn’t alone.

Incubus At Your Service by Maggie Morton When Nell gets up one morning, she’s shocked to see the almost completely naked (but completely gorgeous) stranger in her kitchen, doing her dishes. When he turns around, though, he’s identical to the man who was in her dreams last night, doing very naughty things to her. And if that wasn’t weird enough, he tells her he’s an early birthday present, from I & S Cleaning Services. His sudden appearance in her kitchen isn’t the only surprise, though – it turns out that I & S stands for Incubus and Succubus, and that means she’s just about to experience more pleasure than she ever has before.

Skyggen by Giselle Renarde There’s nothing like a holiday to forget one’s urban anxieties. Little does Mirjam know she lost something essential during her stay at a rustic vacation villa – she lost her shadow! When she returns home without her darker self, Mirjam can no longer cope with everyday pressures. Before long, she quits her job and takes ill. Life becomes very shabby until one day a flamboyant young woman crashes through her door. It’s Skyggen, her lost shadow, now engaged to marry a very wealthy man. In Skyggen’s presence, Mirjam’s capacity for jealousy and duplicity resurface. Perhaps Mirjam can even win back all that is rightfully hers ...

Lord Nano’s Nemesis by Slave Nano A mysterious highwaywoman emerges out of the evening mist to inflict her special brand of retribution on Lord Nano for his debauched behaviour in the brothels of 18th century Leeds. A flesh and blood female avenger or a ghostly phantom? Whoever she is, by the end of the evening, he will be stripped, cruelly tormented and wickedly humiliated. Has Lord Nano finally met his Nemesis? 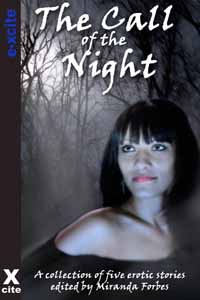 The Call of the Night

Ghost with the Most
Miranda Forbes
In Shelf
$4.59 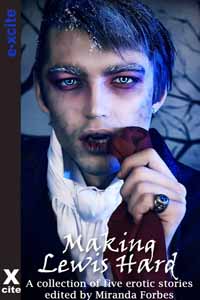