The Fall of Jericho

Mercy Ainsworth never stopped loving Jericho James after he’d left town. She’d once pledged her virtue to him after a stolen kiss. Now that he’s returned, one look is all it takes to convince her he’s still the reason the sun rises and sets.

After the death of his sister, Jericho became a hardened bounty hunter. When he travels back home, danger follows him, and the girl he once loved is now a woman who desperately needs his help.

Sparks fly as old embers are fanned into roaring flames, but will love alone keep Jericho by Mercy’s side? 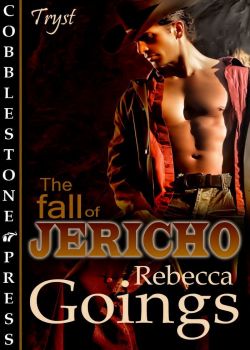 The Fall of Jericho

The sharp, insistent knock on the door woke Jericho James from a sound sleep. He’d passed out not more than a few hours before, exhausted from chasing Charlie Butcher halfway across the country. He’d found the no-good outlaw in Sagebrush Springs, the city Jericho had called home so long ago.

Thankfully, he’d caught the man before Butcher robbed the bank and high-tailed it out of town. Collecting that hefty two thousand dollar bounty came just in time, as all Jericho had had left in his pockets was lint.

He hadn’t moved a muscle since he’d flopped on the poor excuse for a bed, but now, he was determined to give whoever thought it prudent to pound on his door a piece of his mind. Grabbing his shirt from the floor, he yanked it on, not bothering to button it. Another knock sounded as he buckled his gun belt.

With a growl, Jericho ripped open the door. “What is it?”

The woman on the other side stared at him, letting her gaze move over the skin of his chest. Her cheeks blazed with color, but she didn’t look away. He grinned and relaxed his stance, hanging his left hand on the top of the door.

“Jericho?” The woman seemed flustered and smoothed away the tendrils of hair that had fallen from her bun. It was a light brown shade, non-descript, but her eyes were the color of tanned leather. His memory punched him right in the gut.

“Mercy?” he breathed, looking her up and down in much the same way she had done to him.

“I saw you earlier,” she said. “Over at the jail. Thought I’d ask around and find out if you were staying in town.”

For the first time in his life, he was dumbstruck. The lady before him was all grown up, with swells and curves in all the right places. Last time he’d seen Mercy Ainsworth, she’d given him a wildflower and professed her undying love. But that had been four years ago, when she’d been a girl of sixteen and he a man of twenty. Now, however, she was very much a woman.

It reminded him of just how long he’d been without someone to warm his bed.

“Well, you found me,” was all he could think to say.

Mercy’s eyes widened, and she gasped in shock. But instead of running away like he thought she might, she stood her ground and placed her hands on her hips.

“You still need a lesson in manners, I see,” she said haughtily, trying her best to look down her nose at him. He remembered that look. It spurred memories he’d wanted to keep locked away for the rest of his life.

“I’m not the one knocking on a man’s door when he’s trying to sleep, honey.”

Mercy wrung her hands in front of her and chewed her bottom lip. His jeans were suddenly uncomfortable. He’d have to cut this conversation short or risk dragging her inside his room just to have a release.

“I’m sorry,” she murmured, eyes downcast. “I was afraid you’d leave before I could see you again. It’s been a long time, Jericho.”

He closed his eyes at the mention of his name. He’d always hated that his father, the esteemed Reverend Malachi James, had given him the name of a city from the Bible. But coming from Mercy, it only served to ignite his blood.

He was delirious from exhaustion, that was all.

Yet the more he remembered the mousy waif from his past, the more he realized just how beautiful she’d become. Her unruly hair was now pinned back. Her light blue dress didn’t have any wrinkles. And her long, black eyelashes ringed her unique eyes in such a way that he couldn’t stop staring into them.

She’d been cute then, but as a woman, she was stunning. His heart galloped at the memory of her lips underneath his.

But that had been an eternity ago.

“You look good.” He was amazed his voice didn’t waver.

“So do you,” she said, a moment before glancing at his chest once more. He wondered what she was thinking as she trembled slightly. Perhaps she remembered their ancient kiss as well.

“I’d invite you in, but...” He let the sentence hang. She glanced at the rumpled bed through the doorway. Joining him in his hotel room, alone, was a very bad idea.

“Perhaps we could meet at the stables, like we used to, and talk about old times.”

The hope in her voice crushed his own. She wanted to talk. Probably about Joy. Pity. He could think of more exciting things she could do with her mouth. 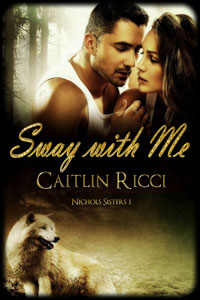 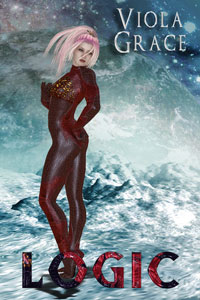 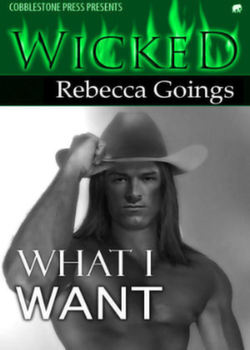 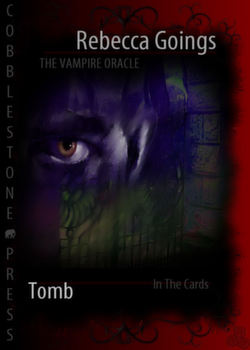