Jina Quinn is a new Private Investigator who yearns to overcome a fear of male penetrative sex due to being attacked—unsuccessfully—twelve years ago. She is currently racing time to solve a case of murder before she becomes the prime suspect. She finds an ally in the form of Pete Palmer, a reporter, who helps her solve the case and eventually, her phobia. 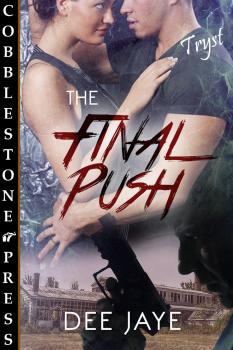 Jina crossed the Seaview Hotel’s car park just before eight in the evening—hands in pockets, head covered, shoulders slouched. She entered the lobby knowing she’d be caught on camera, but then the black hoody would come into its own. Identification would be impossible.

As expected, the residents were dining and the two reception staff members were in the back room. She strolled over to the desk, her trainers silent on the well-worn carpet. As yet, the hotel hadn’t caught up with the times, so it was an easy matter to lift the flap, take the key to room 314 from the unlocked cabinet, then hurry over to the lift and jab the call button.

She was learning the private investigation business fast. The room she’d chosen was next door to the one Billy Bratcher had booked. He was the lover of Mrs. Trent, her latest client, and had stolen a number of jewels from her. Any sensible thief would have left the area by now, but this one had enough of a hold over her client not to worry about it. Not that Jina was really interested in that, her task was to recover the jewels, and, as she waited for the lift, she couldn’t help a smile at the thought of the big wealthy woman and her even bigger lover getting it together.

She glanced round, and her pulse gave a little kick. Pete Palmer, the local reporter, was smiling down at her. It was the same smile that had captured her in the gym a month ago, when she’d told him she’d learned judo and he’d challenged her to a grapple.

“You mean a sort of contest?” She felt a sweet trembling between her thighs at the thought. It was a long time since a man had created that sensation inside her, and the question she often asked herself sprang to mind.

Could he be the one to release her from her genophobia?

He nodded, pushed a lock of damp hair from his forehead. “It’s great exercise.”

Jina knew that. Like she knew how close they’d get in that form of combat. She had to squeeze her legs tight together to stop them quivering.

It wasn’t as if she was a virgin; she’d had a couple of relationships a dozen years ago before she was twenty. It was then that repulsive incident in the alley had left her with a profound fear of sex. So far, she’d done well in overcoming it; she’d managed to perform most things sexual except the final act. All she couldn’t bring herself to do was permit penetration, to have her pussy filled with a man’s stiff cock. It sounded like such a simple thing, yet that final push seemed to be unachievable.

“I know it’s good exercise, Pete,” she said, “but this place doesn’t have the facility.”

He nodded his agreement. “I teach youngsters in a hall not far from here. It’s empty tonight, and it so happens the key’s with my stuff in the locker. There’s a rack full of gear there, too.”

Jina considered the idea. He wasn’t the traditional hunk—tall, wide, with bulging muscles like a weightlifter—but observing him on the rowing machine under that mop of hair as dark as her own, he was clearly lean, fit, and strong. And if he taught judo, he had to be good, so she could be in for a thrashing. At the thought, moistness muscled in on the throbbing sensation between the V of her thighs.

No Such Thing as Can't (1Night Stand)
Melissa Kendall
In Shelf
$2.99
Tweets by
sirenbookstrand