After an atmospheric disaster in space, a group of beings from the red dwarf star, Proxima Centauri, are faced with inevitable extermination unless they can reach earth and procure necessary food supply. Their leader, Polydorus takes the journey and crash lands in the underground shopping mall in Montreal, Quebec Canada in the dead of winter. There, he transforms himself into the suave and debonair French-Canadian, Alexandre Moreaux, and soon discovers his mission is not as easy as he’d hoped. He has to secure massive quantities of polyvinyl chloride, or plastic. When he runs into Tiffy MacDonald, he finds her both alluring and annoying.

Tiffy’s got a big secret and is on the run so she willingly accompanies Alexandre on his mission.

Little do either of them know the pleasure awaiting them once they break down their defenses and learn to trust each other. 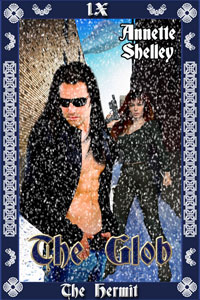 Alex nodded and reached his hand up, brushed her hair with his fingers. ”I don’t judge. I worry.” He leaned close, brushed his thick poochy lips on hers.

God was he ever a man! And so damned good looking! Who woulda ever thunk I could pull off attracting a man like him? She still thought he was some undercover type, but who gave a damn? He’d probably dump her once he found something better, but for tonight…

She pulled at his overcoat, rubbing it off his lean shoulders and tossing it aside. Her arms ached with every movement, but now that other parts of her body were awakening in ways they hadn’t in a very long time, the endorphins relieved her pain. She loosened his tie, slowly unbuttoned his dress shirt and sent it to the corner of the room. His chest was hairless. Dark nipples were erect with excitement and her lips were compelled to taste him. Musky and sweet all at once. He was one sexy cookie, good enough to eat in one bite.

Her hands flattened on his washboard abs and traced his body to his belt. She hadn’t seen a man wear a belt for decoration before. Normally her boyfriends used them to prevent plumber’s crack. Not this one. He was lean and mean. She undid the buckle and yanked, sending the belt to the other side of the room. “Stand up, you.”

He followed her command and she expertly unbuttoned him, pulling his pants to his knees, lowering his socks while he kicked his boots off. She trembled at the touch of his cock. Ten inches of throbbing hardness felt good in her hands and would feel even better in other places. She knelt on bruised knees, forgetting her pain and took him into her mouth. She never liked giving blow jobs before, but this man tasted and looked better than anyone she’d ever had the pleasure of pleasing.

She flicked his head with her tongue first, teasing him.

He watched her with curiosity, occasionally tilting his other head back and moaning.

He was a sexy guy, but not too quick on the undressing part.

That’s okay. He’s sexy enough to make up for all that. “Want this?” She lifted her breasts up to him like a plate of food.

He nodded and took them in his hands, bringing his lips to her and sucking.

She fell forward on top of him, running her fingers down his sides and clenching him in her fist, pumping him just enough to keep him hard. Although from what she could see, that wasn’t a problem.

Alexandre ran his hands down her sides to her jeans.

Damn! She needed to get these off. She stood back up and seductively unbuttoned them, stripping down to her panties while he watched. Then she gently teased him by slowly inching those down and kicking them across the room.

She rolled to her back, spread her legs. “Come to me. Get inside me.”

It Begins with a Rogue's Bite (MFM)
Jessica Frost
In Shelf
$1.99
Tweets by
sirenbookstrand