The Long Hood of the Law

Casey and Bruce as assigned to investigate a paedophile ring in operation around Jadebrook. The victims are young, athletic teenage boys. Not only are these young men being photographed for the rings’ disturbed enjoyment, they are then murdered, their bodies dumped in the forest.

The paedophile ring must be stopped at all costs.

It’s up to Casey to find the leaders of the ring and all who they associate with before they strike for the eighth time. A major undertaking for all concerned, especially for Casey. He’s volunteered to go undercover, pose as a high school football jock. Thankfully, he’ll be backed up by the only man he trusts, his work partner Bruce.

But will that be enough?

Can Casey pull off his first undercover operation and stop the ring from grooming their next target? Or will he become a victim himself? 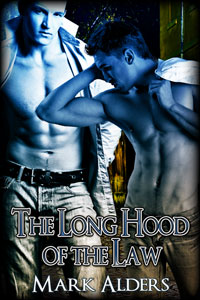 The Long Hood of the Law

“What you laughing at, baby?” Casey offered casually, not taking his eyes off the TV.

“Some newbie twerp on this sports chat forum I’m on, that’s what. I mean, get a load of him, talk about desperate. He’s trying to crack onto whoever will reply to him.”

Casey sat up, bringing the recliner part of his chair back into its housing, disappointed he’d been distracted from the game, but at the same time, concerned about what Jason was seeing. “You mean there’s a bloke trying to score in there? On a Jadebrook Tigers fan forum?”

“Yeah, I mean, look at this.” Jason pointed to a line of text on his screen. “He’s plainly got no fuckin’ clue.”

Casey got up out of his chair, setting his beer down. He couldn’t see anything out of the ordinary, chat room talk all looked the same to him. “Where?”

“No. Now show me before I take you into the bedroom and start spanking that sexy hide of yours, baby.”

Jason looked up, his expression lit with his obvious excitement at Casey’s little tease. “You can do that any time you like, Case. My arse is yours.”

Casey embraced him, and lavished kisses all over his face, concentrating on his plump lips. “Now you’d better show me before I miss the first half of the game.”

“Only if you promise to take complete advantage of me at half time.”

“You got yourself a deal.”

Jason smiled, victorious and alluring, before turning his attention back to the computer. “Well, for a start, look at the way he’s typing the words, it’s all proper and so obvious. It’s like he’s never texted a message in his life.”

Casey could see what Jason was talking about, and now that he had, he was surprised he missed it before. Even in chat rooms, most of the time everything was abbreviated to text speak or shortened forms of words at the very least. Sure, there were emoticons added, but most of the time it was straight to the point. People typed in such phrases as, see u 2mro or Ur hawt. Not so with the person who referred to himself as terryboi69. He typed in stuff like, I’m free for drinkz later. No wonder Jason laughed. When Casey thought about it, replacing S’s with Z’s didn’t make for very good internet forum speak.

“I have to say, he’s gaining a lot of attention.”

Jason snorted. “Yeah, probably from all the dudes who feel sorry for him.”

Casey could see at least three blokes this man was conversing with. Was that all part of his plan? To act dumb in the hope of catching himself a date. One lad in particular, referring to himself as, TigerFanRuben seemed to be taking more interest than the other two.

Then again, it was a sports forum, not the usual haunt for gay blokes wanting to get themselves a fuck. Casey would bet the man Jason laughed at was only trying to be social, especially as the game was on right now. Most of the talk in the chat room was about how the game was playing out, them cheering over the goals kicked and anything else football related, including substitutions and injuries.

“Seems harmless though,” Casey said, returning back to his chair, flicking the lever to recline it. “Looks like blokes sharing a common interest to me. I’m all for that.”

“I suppose you’re right.” Jason began typing. “But if you want some free drinks, let me know. I can get this terryboi dude to buy us some. He’s organised a piss up at his house over in lower Jadebrook at five o’clock, everyone’s welcome.”

Casey sipped on his beer. “He sure is generous then. But just so you know, at about that time I’m planning to fuck you good and hard.”

Jason let out a guffaw. “Wow, the game must be going well for the Tigers. I’ve never had an offer of a half time and full time session in the sack from you on a Sunday. How lucky am I?”

Before Casey could answer, to let his boyfriend know how dangerously close he was to getting his clothes ripped off, his cock sucked dry and his arse pounded with all the affection he could muster, the phone rang. He leant over and picked up the receiver. “Hello, Casey speaking,” he droned in his usual manner when answering the phone which rang in the middle of a football game and right when a goal was kicked to bring his team forty points into the lead.

“Other than watching the Tigers game and getting into my boyfriend later because he’s too damn sexy, not really. Why?”

“Well, keep your cock in your pants, buddy. Sarge has called an emergency meeting for tomorrow morning. We’re to report to him plain clothes…no uniforms.”

“I don’t know the details, but there was another young man found dead out in the Jadebrook forest this morning.” 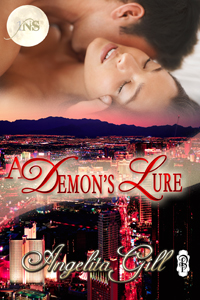 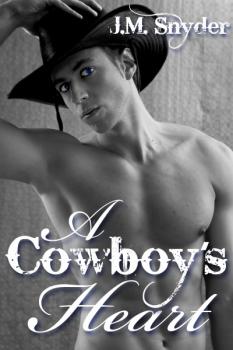