Ever since Richard Mayfield was given up for adoption right before Christmas he’s hated the holiday. At work he’s obligated to participate in the annual Secret Santa gift exchange. Surprised when love dice, edible undies, and Kama Sutra playing cards are left on his desk, he begins to wonder what kind of games his Secret Santa wants to play.

When Reghan West pulls Richard Mayfield’s name, instead of the usual ten dollar a day gifts, she decides that being his sexy Secret Santa is definitely in order if she wants to finally get her man. 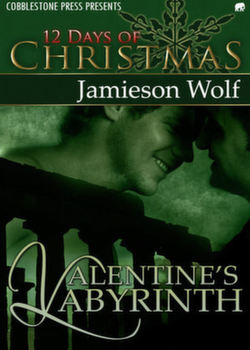 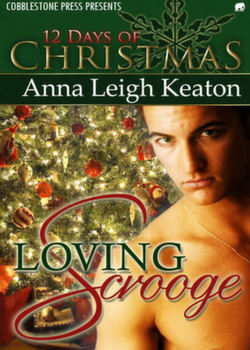 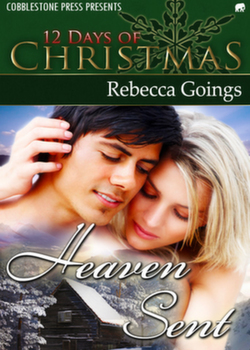 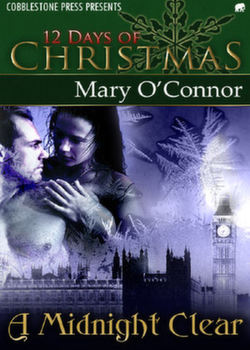 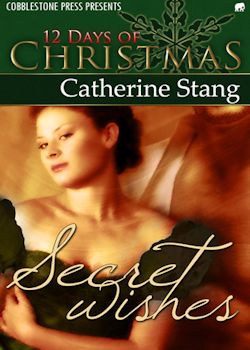 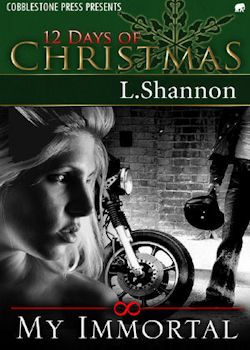 A pair of sexy love dice.
~
Don’t use them without me.
Your Secret Santa

Richard Mayfield stared at the red and white dice sitting in the opened box on his desk. “What the hell?”

He read the typed note again then picked the dice up in his hand and shook them around. He’d only left his office for five minutes to get a cup of coffee. When he’d come back, the box and the card were sitting on his desk. Tossing the dice on the sales report he’d just printed out, he waited for them to stop spinning. When they did, the red one said lick and the white one said breast. He glanced up to see Reghan West walk into the office across the hall from his.

Now there was someone he wanted to lick...in every way possible. The small birthmark shaped like a pear just below her ear, her breasts, her pussy. He just wanted to taste her. Each delectable inch of her body. Now if she were his Secret Santa, he’d willingly die a happy man. After they played with the sex dice, of course, and he did everything they told him to do.

But he wasn’t that fortunate.

Christmas was not on the top of his list of favorite holidays. Hell, it wasn’t even on the list. Bad things always seemed to happen to him around the holiday. Last December he’d had a car accident. The year before that, his apartment complex caught on fire. Previous to that calamity, the company he’d worked for since graduating from college decided to downsize.

And let’s not forget that ill-fated month twenty-nine years ago. So no, getting Reghan West as his Secret Santa this year was highly unlikely the way his track record ran. It was probably Gertrude Turner, the sixty-five-year-old secretary down in engineering who took every opportunity she had to pinch his butt when he had to go to the basement.

Reghan stood across the hall in doorway of her friend’s office. That creamy chocolate skin, the way her hair waved over her shoulder. His breath caught in his throat as she raised her left foot and rubbed it against the calf of her right leg. The action caused her orange skirt to ride up her thigh. Even during a month as cold as this one, she managed to pull off wearing bright colors and make it sexy. Too damn sexy.

She paired the skirt with a black, white and orange blouse. The top three buttons were loosened and hinted at the black bra she wore underneath. He couldn’t help but stare. It was an activity he’d caught himself doing many times since she began working in the promotions department at the television station a little over a year ago.

The femininity of each ensemble she wore only served to accentuate each curvy, luscious part of her body. He especially loved when she wore skirts, like today. She was single and gorgeous but, unlike most women who worked here, she didn’t put herself out there for the gossipmongers. She was friendly and professional, never once giving the slightest hint she was interested in him, or anyone else for that matter, unlike some of the other women who worked there.

Whatever she did in her private life, she kept it to herself. She had to have an active enough lifestyle, too, because her body was in awesome shape. Just the sort of woman most men would be attracted to. However, she’d never dated any of their co-workers. Good for her, but bad for him. If she ever gave him the slightest hint she was interested, he’d jump and ask how high in a hot second.

His eyes widened when she approached his door. He fumbled around on his desk, grabbed the card and the dice, and slid them into his top drawer before she walked in his office.

A hint of gardenia and jasmine filtered past his nose, and his dick hardened. She glanced down at the red box on his desk and smiled. “Hey Richard. How are you?”

He lifted his right butt cheek up and tried to adjust himself. “I’m good. You?”

“I’m fine.” She nodded downward. “Is that your first Secret Santa gift?”

She sat in one of the chairs in front of his desk and crossed her legs. His breath did that odd hitching thing again when he saw the black lace garter just under her skirt.

Unable to take his eyes off her legs, he couldn’t think of an answer. “Um…um…” Images of her naked with only those garters and a pair of three-inch heels flitted through his mind, and his dick responded in earnest.

He forced his gaze upward. “Huh? What?”

There was no way in hell he could show her the card and dice he received without being threatened with a sexual harassment lawsuit. Thinking quickly, he pulled out the ornament he picked up last night after work and held it up. “Actually, this box is for my Secret Santa. I’m giving them this.”

Reghan reached over and took it. “Oh…it’s beautiful.” She turned it around in her hand. Some of the glitter left a trail of sparkles on her fingers. “I love Christmas, don’t you?”

Now, how did he answer that question? If he told her the truth, she’d think something was wrong with him, but he didn’t want to lie either. He decided to give her a non-answer. “Everyone seems to be getting into this whole Secret Santa thing.”

“Yeah, it’s cool. Even though you get these cheesy little gifts, it’s still fun trying to figure out who’s giving them to you. And it gets you into the whole spirit of the holiday. That whole ‘it’s better to receive than give’ mantra. ”

The only gift Richard wanted was Reghan, wrapped in a bow, sitting under his non-existent Christmas tree. Then, and only then, would he consider rethinking the placement of the holiday on his favorite list.

“But if you ask me,” she said as she leaned over the edge of his desk, her breasts hovering just above the top, and looked at him with a conspiratorial gleam in her eye. “I love to receive.” She stood and smoothed her skirt down over her hips, drawing his gaze to her thighs.

She loves to receive.

Boy would he love to give it to her.

“Well, I guess I better get back to work.”

“Bye,” she said and turned to walk out the door. Her hips swayed to and fro underneath the skirt, and more than anything he longed to see her ass as she bent over his desk while he pounded her from behind.

He downed his coffee then slammed the cup back on his desk. He opened his desk drawer, grabbed the dice, and shook them in his hand again. And for a minute he thought how happy he’d be if Reghan West did end up being his Secret Santa.

But he knew better than that. Nothing in his past experiences with that dreaded holiday would ever make him that lucky.