If Aelida believed that telling her secret would bring peace, she was sadly mistaken. Britain stands on the edge of destruction, and those who struggle for her survival can only do so much, even for the daughter of King Arthear.

For her people, Aelida will endure anything, even the touch of Britain's most hated enemy, the murderer of her father. With all else gone, Britain's Queen is the last hope of a nation. 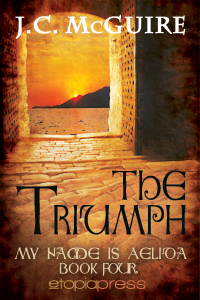 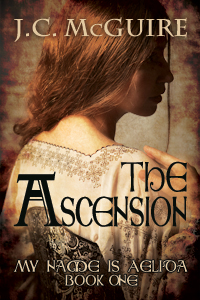 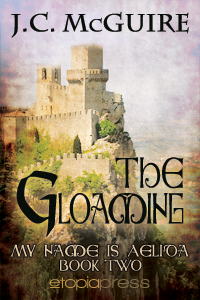 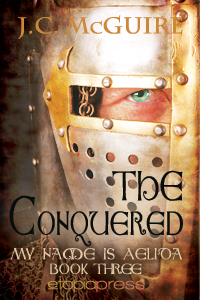 Chapter OneThat walk was far too short. Despite the blistering heat, I wished that it might go on forever, that I never reach Tintagel and all that waited there. I kept my stare fixed upon Daruk’s back, walked as slowly as I dared. Eyes watched every move I made, the Saxons still laughing.Inside I quivered; outside I was eerily calm. If I must endure this, none would know of its cost. None would doubt the bravery of my blood.I entered the gates of the fortress, my lips thinning as I saw Daruk’s banner hanging where Farval’s should be. Everywhere, Saxons. My nose wrinkled. Everywhere, filth.Our beautiful Tintagel, so well cared for, now looked as though swine resided throughout. Saxon swine perhaps My lip curled. My thoughts veered abruptly as Daruk drew his mount to a halt, swung down to face me.My mind emptied of anything but the fear this man inspired.Goddess, give me strength…let me not disgrace my name.He gave a mockingly polite sweep toward the great hall, indicating that I should precede him. I swallowed with difficulty, slowly obeyed, back straight, face expressionless. I could feel him behind me, so close that my skin crawled in reaction.We entered the hall.I stopped in horror. All the fine hangings made by generations of women, including myself, were either torn or food spattered, as though men had made sport of ruining them with deliberation. The floor was greasy underfoot and everywhere, dogs. Their odor was overpowering in the extreme.Even as I watched, one relieved itself on the leg of a table. I felt ill, a feeling that soon grew to anger.How dare these Saxons destroy what had been beautiful, special!I turned cold eyes upon Daruk, knowing full well that many listened.“I see the culture and cleanliness of the Saxons has little changed.”There were mutters of anger, a sweep of hostility now surrounding me.Daruk leaned a hip against one table, idly picking through leftovers of the previous night’s meal, or was it from earlier than that? He looked up at my comment, glanced about the hall with raised brow.“This is not to your taste, my Queen?”“We as Britons know how to live as people, not swine.” My tone would have frozen water. My eyes swept over the men present, contemptuous, a faint satisfaction coming to the fore as I saw their anger. I had not the faintest feeling of fear in their attitude; all that was reserved for the man beside me.He grasped my wrist, pulled me to him slowly until I stood between his legs.“Would it please you if this hall was clean?” His voice was slow and even, leaving me little clue to his intentions. No doubt he was mocking me, waiting until I made a request so that he might deny it.It was all or nothing and I had little to lose.“Yes, it would much please me.” I waited for his answer with cynicism.Daruk never did what one expected.He shrugged, looked to his men.“See it is cleaned.”His own men never so much as blinked; they simply turned to find women to clean it. The Saxons stared at him in open-mouthed astonishment. One of them, a commander perhaps by his rich clothing, ventured to speak. “My lord, her arrogance…”Daruk’s eyes flashed to him. The man flinched back, instantly silenced.“Her arrogance is mine to deal with and none of your concern. She will be Queen here, honor that.” His piercing gaze swept the room. “Any more who doubt my rule over her?” There was potent silence.His eyes came back to mine, a faint smile gathering form. Standing, he took my hand, laced fingers with mine and began to stride toward the stairs, dragging me in his wake.“See I am not disturbed for a very long time.”The men laughed, good humor restored. I would be put in my place.

The Conquered
J.C. McGuire
In Shelf
$3.99
Tweets by
sirenbookstrand