Milton (Milt) Edwards, eighteen, high school graduate and gamer supreme, lives for the next game to be played on the internet. His friend, Simon Smith, is no different, and together they rule the world of war simulations and zombie invasions.

When Simon tells Milt about the newest site he’s heard of—the Undernet—Milt is intrigued. However, when Simon turns up dead shortly after telling him, Milt is determined to find out why. Was it the Undernet, a shadowy cyber world, or simply a maniac with a vendetta? He is soon recruited by Ramon, a former prisoner turned FBI hacker, and Larry Caldwell, an FBI agent. Ramon introduces Milt to the Darknet, and soon the clues fall into place, or at least Milt thinks they do.

Against the counsel of his girlfriend, Roberta Jones, Milt goes deeper and deeper into the netherworld known as the Undernet, finding out that reality isn’t what he thinks it is. More deaths happen, and when Milt discovers the truth behind who killed Simon—and others—it may be too late. Log onto the Undernet. Don’t think about logging out. 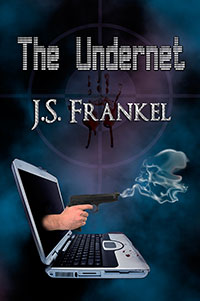 More From The Undernet 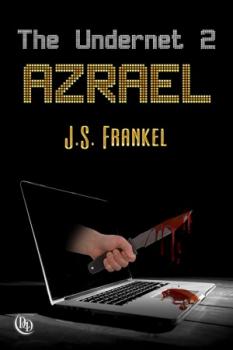 “Was I doing that again? And how does stoked look on me?”

She offered a giggle accompanied by a shake of her head. “Milt Edwards, you always zone out on me. Now, here’s your expression…”

Robbie proceeded to let her lower jaw hang slack while simultaneously widening her eyes to an absurd goggle-level. At the same time, a clownish grin began to form. Was that how I looked? As if reading my mind, she nodded. “Yeah, that was how you looked.”

Obviously, I hadn’t noticed, but as for zoning out, Robbie had a point. Then again, with her, who wouldn’t get a combination case of the hots joined with a case of the shys? I had it bad around her, and I’d felt that way for the longest time.

Simon, short and slender like me with red hair, a face full of freckles and a long beak, resembled a baby robin. Still in his cap and gown, he cut through the crowd, loped up to us and asked, “Are you ready to game on, Black Night?”

“Once I get home, you’re on, Red Dragon.” He used the moniker Red Dragon on the gaming forums. I went with Black Night, a little pun which no one else appreciated save me.

With a bob of his head, his eyes lit up. “Man, I have got to tell you about a new kind of software I heard about.”

Instantly, I was all ears. “What’s it about?”

Leaning forward, he imparted in a hushed tone, “It’s on the Undernet. It’s supposed to be the next great thing for getting what you want.”

Robbie rolled her eyes at all the subterfuge. She’d heard it a million times before. “Let’s get going,” she said. “Milt, you and me, okay? You and Simon can hook up later.”

Since we all lived in the same neighborhood only a few houses from each other, hooking up was easy. Yes, this would be a great summer, game to fame, battle on, and…

“Hey nerd, are you going to set me up or what?”

Crap, Jim Kody, star linebacker of our football team, big man on campus, and all-around jerk, just had to show. At six-two and around two-twenty, he had a face like a clenched fist, a burr haircut, and a lousy attitude. He hated gamers and nerds in general, yet, he played fantasy football. To make the irony complete, he was always bugging me to get him some software for free. Yeah, right…

As Jim moved the other students aside with a shove of his forearm, Simon gave him a nervous look and lit out with a, “Later, man, I gotta change” comment, but Robbie stuck by me.

Wearily, I turned around. “Jim, I don’t have any, and even if I did, why would I give it to you for free?”

His cocked fist, resembling a small ham, almost made me change my mind. “Here are five reasons why you should.”

Those five reasons constituted a pretty big threat. Bullies always resorted to threats followed up by force. Considering he’d whipped half the student population at one time or another, I took his threat seriously. However, Robbie stepped in to ask, “Are you going to smack me around, too?”

Put up or shut up time. She weighed less than half of what he did, but something in her eyes or maybe it was the challenging tone of her voice, made him back down.

“Yeah, get your girlfriend to save you,” he spat as he uncurled his fist. “Go ahead, be a cheapo on the games. Have a nice vacation, nerds.”

Spinning around, he stalked off, and Robbie turned to me with a smile on her face. “He used the plural of nerd. His grammar is impeccable.”

Her reply came out totally deadpan, and we both cracked up. A second later she said in a tough-girl voice, “Let’s blow this popsicle stand.”

On our fifteen-minute trip home, we savoured every moment of the warm summer air, the cleanness of the city, and the greenery around us. Well, okay, maybe Robbie did, but I was dreaming of my next game. As she hugged me goodbye at her doorstep, she whispered in my ear, “Go get your game on. I’ll call you later.”
Hoo-ah, what a way to start the summer vacation! I’d managed to get into a community college, so come fall I’d be studying a variety of subjects and then figure out what to do with my life. However, that could wait. The games waited for no one!

Once back at my house, computer fired up, Simon’s earlier statement about the Undernet came back to me. If it involved new software, count me in. As usual, my mother was downstairs working on her laptop, so free time called. My turn at the wheel and I sent Simon a quick message before logging onto the Horror Hotels site. Get ready to kick some butt.

Simon and I had linked up about three years ago when we were fifteen. Sports and yours truly didn’t get along, and being smaller than most other kids my age—barely five-eight—it was a cinch I’d be slaughtered on the playing field.

However, give me a game, and I ruled! It came naturally to me, and Simon was no different. We’d bonded over Dragons and Warriors, Alien Space Rogues, and Horror Hotels, all popular games on the market. Handheld devices or computer forums, those games offered opportunities to discover new worlds only limited by the imagination…

Had the time passed so quickly? Stealing a look at the clock, it read six-thirty. Wonderful, my mother would have to interrupt feeding time at the game zoo. “Coming, Mom, I’ll be down in a second!”

“If you’re not down here in ten seconds I’m going to serve your dinner to the dog!”

We didn’t have a dog.