Nikki has the Sickness; the desire to be preyed upon and fall under the spell of a vampire. At nights, she tosses feverishly in her bed. And then she runs out of milk at 2 a.m. What happens next is as unexpected as it is certain. And along the way, she saves a man’s life. 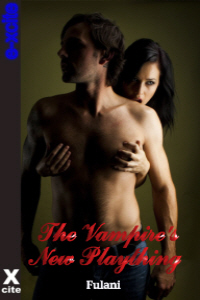 She leaves the store, boot heels clacking loudly in the still night. And … Twenty yards away, in an alley, something’s going on. There are sounds of sharp, laboured breaths and fleshy slaps.

‘Hey!’ Nikki shouts, breaks into a run. She comes level with the alleyway. It looks like a mugging, three characters standing over a fourth, prone form. The flash of an armband in the streetlight as one turns to face her tells Nikki who they are. Vampire hunters.

The one that turns sees a petite woman racing towards him. He sneers and hefts a baseball bat in his right hand – then drops it in surprise as the pepper spray catches him full-face.

The spray is exhausted in a few seconds but as it sputters and stops, the three attackers are already on the ground, blinded by tears. She puts down the milk and pulls out her phone, fully intending to call the police.

The victim is the young guy she saw coming out of the store. He’s trying to get up, tears on his face, too, and he’s telling her ‘No police … they’ll make it worse.’

He struggles to his feet, leaning against Nikki. His hand is slick against hers, dark under the orange street lamp. Blood.

‘No ambulance. These hunters … they will have people at the hospital …’

As ever, Nikki had been yearning to meet a tall, dark, dangerous stranger. But one with fangs.

You don’t always get what you wish for. She takes him home anyway, because he’s going to need patching up.

And she even remembers to bring the milk.

Split lip, bruised ribs, livid purple mark on his thigh, a couple of tiny puncture wounds on his left shoulder, at the base of his neck. He’ll live. Nikki’s stripped off his T-shirt and jeans, leaving him in white designer boxers, well contoured and fitted. She’s washed his wounds, allowed him to rest up on her sofa. It’s still dark outside but an urban blackbird in a nearby tree has started to claim territory and attract a mate. They drink mugs of tea. His name is Jared.

‘I can’t help thinking,’ Nikki says, ‘that the hunters didn’t make those marks on your neck. They saw them and decided you have the Sickness.’

His eyes are on her, sweeping down her body. With a start Nikki realises she’s still wearing the overcoat, unbuttoned, an inch-wide strip of flesh from neck to navel.

‘I couldn’t sleep … I just slipped the coat on to go to the shop.’

He shrugs, then winces as his ribs move under the skin. ‘You saved me. It’s your flat. You don’t have to explain anything.’

‘A vampire? Yes. Or more precisely, she has me. And others. When she needs to feed.’

He senses the half-purr, half-growl in Nikki’s throat. She senses the tightening of muscles in her thighs and belly.

When she doesn’t reply, Jared reaches forward. Gently moves the coat aside from her shoulder.

‘I understand.’ His voice is soft, sympathetic. ‘You have the Sickness, and no cure.’

The tremors in Nikki’s body tell him it’s true. She leans forwards. Jared hisses in pain as he takes her weight, pulls her half onto the sofa to put his arms around her.