Thrown to the Wolves

The second installment of this series introduces Sébastien des Quatre-Frères, the oldest of the loups garoux brothers. Set against the lush backdrop of the Florida Everglades, the brothers unite to battle an unknown threat terrorizing Sébastien's subjects.

But secrets and lies abound in his territory—star-crossed romance, a dangerous invader, and a union that pits brother against brother. 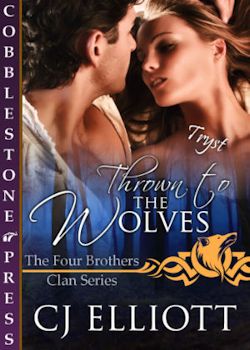 Thrown to the Wolves 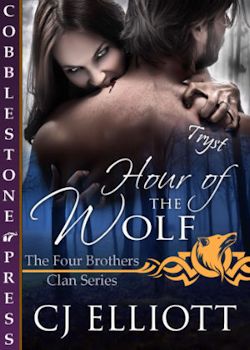 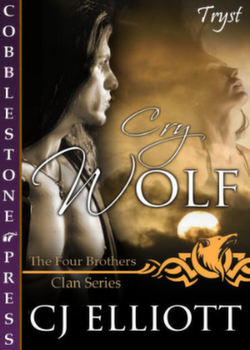 Sébastien des Quatre-Frères watched his brother survey the central enclave of Païs de Leon territory. Set up in the heart of what les étrangers called The Everglades, it was hidden away from human intrusion in a realm they couldn’t access, lest they befoul it like they had their own world.

Sébastien took in the strange beauty of the swampland and the capital of the territory that he oversaw. Simple wooden houses webbed out from the tallest cypress, around which his château had been constructed. Open air platforms that seemed to float on the trees’ great boughs created the different “rooms” of the manor house. His private quarters crowned the cypress with a massive crow’s nest design. Rich tapestries covered the openings between the structure’s railings.

Along the passageways of the settlement, bio-luminescent sconces, made from a type of mushroom indigenous to Païs de Leon, speckled the marsh with pale blue light. The smell of hickory fires indicated it would soon be dinnertime. Children played, and citizens milled about. All was running smoothly today—as usual—but Sébastien couldn’t help but sweat Matéo’s scrutiny. Not that Sébastien would admit it in a million years, but Matéo always made him nervous. Plus, Matéo overreacted to everything these days, but with good reason.

Quinna slipped up to him, her flame-red hair glinting in the scant early evening sunlight. Scrubby cypress foliage cast patches of shadow across her face. Her expression tugged at his heart; her pink lips pressed together as though she didn’t know what to say.

Relax, she communicated with her thoughts. It’s been quiet today. And he’s only here to help.

Her hand grazed his bare arm. He tensed away from the contact. Shh. He’ll hear you.

I’m channeling only to you.

Doesn’t matter, Quinna. He hears everything.

“It’s true. I do hear everything.” Matéo walked over to them and kissed Quinna’s cheek. “And it pisses off my older brother.”

She lowered her head, dropped her gaze, and bowed deeply.

“Quinna, how long have you known me?” He lifted her chin. “Have I ever asked for this kind of deference from anyone, much less someone I think of as a sister?”

She rose to face him. Her voice sounded tight and thin like it always did when she was nervous. “No, Téo.”

“That’s better. How have you been, ma chère?”

“I’ll be better when we figure out why les Anglais are here.”

“If they’re here,” Sébastien chimed in.

“Your subjects are sure they’re here, and it frightens them.”

“Let’s get back to the château. If the trespassers are here, I don’t want my presence to scare them off.”

Sébastien set his jaw at his little brother’s arrogance. Well, his younger brother. Physically bigger, more gifted at the Ancient Arts and higher ranking, the word “little” didn’t fit Matéo in any way, shape or form; lupine or otherwise. Instead, Sébastien tucked a lock of glossy black hair behind one ear and held out his hand, motioning for his brother to precede him.