Lillyanna-Marie Dawson is the only one of her kind—a strong elemental witch who is able to control all four elements, as well as anything living.

Forced to flee from the only place she could call home, she trespasses on a land full of creatures only myths spoke about—one full of vampires, wolves and hybrids of her own kind, including her best friend, Jack.

At first glance, a deep attraction draws them together, but when she finds out the true potential his touch holds, she forces her feelings for him down and concentrates on keeping everyone safe from the Undead witches, and Resdyn—a cursed man who created them.

When the Undead attack, and Lillyanna is captured, she must keep Resdyn from taking her powers and destroying everything before she can be rescued but when she unleashes her true power, it’s she who must be stopped.

Will she survive or will her powers kill her first?q 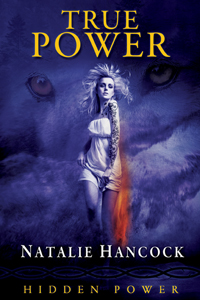 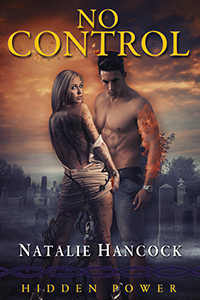 The energy from the water soaked into her skin, and as she braced her hands on the rock wall in front of her, she watched her tattoo turn from pale green to blue.

A cold body pressed up against hers from behind and muscled arms reached around her to take hold of her hands. “I love the way your tattoo does that,” Jack whispered softly in her ear.

“Jack.” The words came out in a breathless moan.

Jack kissed her neck and ran his hands down her sides to her hips. He pressed himself against her and bit her neck gently. Lillyanna gasped and let her head fall back on his shoulders as he pulled her tightly against him and kissed her softly. She moaned against his lips and gasped into his mouth when his hand slid in between her legs. Jack groaned, biting her lip and used his other hand to lift one of her legs up as he circled her clitoris gently. Lillyanna breathed heavily, burning with lust as he moved faster against her, making the pleasure in the pit of her stomach uncoil and rise. She gripped his arm tight, moaning when she felt her pleasure reach its peak.

Jack spun her around and pressed her against the wall with her legs wrapped around his waist and kissed her while he slid himself over her clitoris.

Lillyanna broke the kiss. “Jack, we can’t.” She moaned and arched away from the wall, feeling her clitoris pulse with pleasure.

Jack growled and gripped her hips tight, moving faster against her. “I know,” he whispered and then looked at her with fierce desire, she nearly came.