Trust Me by Jade Melisande Elizabeth has always loved the games that Eric plays, whether they involve pain or pleasure, but she’s never allowed him to bind her - until today. As the rope tightens around her wrists, Elizabeth will have to decide if this is a game she wants to play. Can she really trust him?

I Am by Tamsin Flowers Dominatrix Belladonna has a new supplicant brought to her for punishment. He has misbehaved and is in need of her special brand of discipline. Slowly she introduces him to the tools of her trade: the blindfold, the handcuffs, the riding crop and the paddle. First he begs for mercy, then he begs for more as Belladonna goes about her business. But will the man in the blindfold be able to satisfy her? Can Belladonna chastise him enough to bring him into line? Belladonna is an expert at what she does, so do not doubt for a minute who is in charge...

Slam Me Down by Thomas Fuchs It’s so annoying when a stud you’ve crushed on the wrestling mat has trouble delivering the prize that’s rightfully yours. After all, Donny won the match fair and square. What more does he have to do to get the man he wants? It seems this sub is going to have to take control... 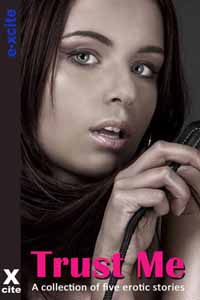