In an attempt to save themselves from the Kindred and a bounty placed on their heads, Racy, Cynthia, and Holmes take on the Elders. But as danger and secrets unfold, it's a race against time to not only hold onto their lives but each other as well.

“Sometimes the course of our lives depends on what we do or don’t do in a few second. A heartbeat, when we either seize this opportunity, or just miss it. Miss the moment and you never get a chance again.” Aldan Chambers 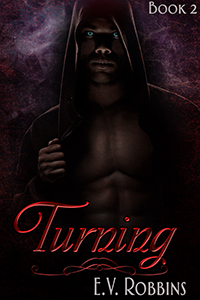 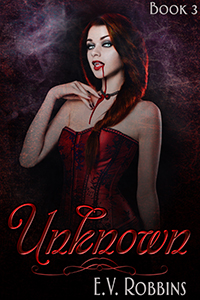 Racy was excited about the evening to come. She had been dating Dr. Jing Lang or just Lang as he liked to be called, for some time now and not even Cynthia, her best friend, had the opportunity to meet him. It was time for introductions all around. Admittedly, she felt a bit nervous about the affair. Lang was considered to be brilliant in the area of Nephrology as he was in charge of the largest dialysis clinic in the city. Racy had met him during the development of a software program that the company she managed had developed for his treatment center.

The company of her employment, Micro Spec, had designed a unique program to his specifications to help monitor the patient’s progress by keeping a record of their renal function, and lab results. This also included the patient’s medications and the full gambit of the patient’s health concerns from the beginning to end of their treatment by way of this electronic charting system.

Racy reflected back on all that had happened after her recent promotion to acting CEO position of the company after the demise of Mr. Peters, the previous CEO. Unlike Racy, Mr. Peters, a caustic little man, had ruled the company for years with an iron fist, using intimidation to run the company like a little Napoleon. The guys at the company had often said that his little man syndrome was to compensate for a small penis. While that happened to be something that she really didn’t care to know about, she was sure that he was trying to make up for a shortcoming of some sort.

Nevertheless, she and Cynthia had been aware of his familiarity with a vampire named Jude that had led to an unfavorable outcome for him. The results of his relationship with Jude had been the primary cause of a heartrending ending to his shallow life. But life goes on as the world continues to turn. Sadly, no one really missed him, but that was all past history.

Racy often reflected back about how her life had recently taken an unexpected turn for the better, now that she had met Lang. As a result, she was hopeful that this change would get her life back on track. All of the blood and gore from the past could just stay there…in the past.

A phone call from Cynthia…

“Hey my friend, how’s it going? Are you ready for tonight? You’ve never really told me much about this guy Lang.”

“Cynthia, I can’t wait for you to meet him. He’s given me an escape from my former miseries, and very a nice diversion which has helped me to get my mind off of my broken heart and Stephen. I guess you could say he’s been really therapeutic for me…well, more or less,” said Racy as she talked on her cell phone.

“Well. let’s see…okay, Lang is a handsome Asian man in his mid-forties with a smattering of gray that’s starting to show around his temples. And he just adores me, it was obvious from the moment he first laid eyes on me,” Racy teased. “The poor man can’t help himself,” she giggled.

“Yes, I know, I’ve never dated an Asian guy before, but if it doesn’t matter to him, I’m not going to let it be an issue with me either. I mean, look at you and Holmes, he’s white and you’re a black woman, you guys get along well. Maybe I have a little Chinese in my family tree, perhaps that’s where I get my light completion from, but I’m still a black woman at heart.” Racy leaned back in her office chair like a dreamy-eyed school girl. “I just love the way he lavishes so much of his time and attention on me. He just makes me feel so special. I can’t wait for you to meet him. Uh, look, Sophia just walked in, and it looks like she’s bringing me a ton of work to do…see you guys tonight?”

“Wonderful! Bye,” said Racy as she ended her call.

“Yes, I do have a ton of work for you! These are the progress reports you asked for as well as the new projects that need your approval before we can get started.” Sophia giggled, her Hispanic eyes sparked with her laugh.

Their relationship felt so nice, so comfortable, a nice change from the average guys she suffered to date from time to time. He always treats me with such respect. Never once has he ever attempted to thrust his tongue down my throat while at the same time grabbing my ass like it is a basketball. She hated it when her date tried to impress her with a passionate kiss that came across more like a mugging than any sort of a fiery, seductive ploy. Lang could not be more of a true gentleman in every sense of the word. While she loved the attention and admiration he showed her, she still felt there was something missing.

Perhaps, the problem might be these feelings that continue to linger for Stephen. While he was long gone from her life, she still carried the onyx ring that he had left on her pillow. He had left it there the night he had disappeared out of her life, seemingly for good. Like the ring she continued to carry, his memory carried on as well, always with her. It still clung to her heart like a blood stain on a white wedding dress.