Fed up with feeding candy to zombie fairy princesses, Celeste takes a stroll in the local graveyard. Under the full moon, her hidden power calls to Tristan. Once in his arms, Celeste realizes he is not what he seems to be.

Tristan has been running from himself and from his past. With Celeste he is forced to face his dark desires. If he doesn't, the past will come back to haunt him, and he could lose his new found love to an evil he hasn't confronted in ages.

Will they survive his past? Or together will they discover their true destinies? 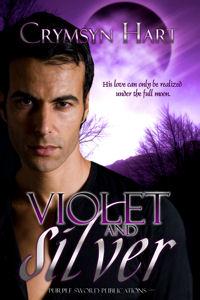 He didn't let me finish because his lips met mine. His aura surrounded me in a gold, glittery shower, tickling me everywhere it touched. The more he caressed me, the stronger the spark became and the more I wanted him. I pressed myself against him and wrapped my hands around his neck. This time he was not going to get away from me. I wanted him, but he pulled away.

"Why? You didn't stop last time." I kissed him again, nipping at his neck. The T-shirt fit him a little too snugly, like a second skin. I dragged my nails over the back of it.

He pulled me away from him after a moment. He didn't want me to stop. The expanding bulge in his jeans told me that along with the mixed emotions on his face and the lust in his eyes. "You're still recovering from the other night and if we do, it would mean" He looked away.

My hand rubbed his cock which pressed against the denim. His eyes fluttered closed, and he had to bite his lip to hold in a moan. His fingers crushed my bandaged wrist, and I didn't cry out. The more I touched him or he touched me the more intoxicating I became for him. My body was alive with him there. My nipples were hard just thinking about what would happen between us. God, I wanted him.

"What would it mean?" I whispered against his ear.

He snarled then bared his lengthening fangs. He kissed me hard, and his incisors cut my tongue. A drop of blood fell onto his tongue. He deepened his kiss and thrust his tongue into my mouth. Tristan's free hand wrapped in my hair, and he yanked my head back. He didn't wait to see my expression of ecstasy as he licked my neck and bit down hard. I waited for the sucking to start and him to draw my life into him, but he didn't. He purred low in his throat and nipped my ear.

"It would mean you lose your humanity, and I damn my soul even more." With that, he shoved me away. I turned back to see him clenching his fists together. He was fighting his hunger. I got off the bed. He opened his eyes, and I saw them reflect in the light. I also saw the fear in them. I sensed he was afraid he would take me against my will, because he craved me. He'd taste my blood and he didn't know if he could pull away from me. Through the bond developing between us I perceived he was afraid he would turn into his master and lose his soul to the darkness inside him. 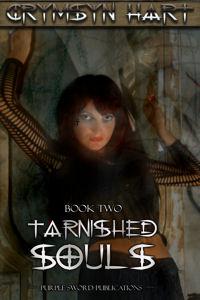