Mermaid Lyria is her people’s most powerful healer. Her life is dictated by responsibilities and requirements and has been ever since she was a teen when the bracelet with the Stone of Clarity came to her, one of three stones imbued with great power and magic by her ancestor Melusine. However, Lyria’s well ordered, if less than happy, existence has been shaken now that she and the bracelet are in danger. Fiero, a Sea Dragon – part merfolk, part Kelpie – is determined to find all three bracelets, unite them into Melusine’s Band and rule the Oceans and all who dwell there.

Needing to keep the band – and herself – safe, Lyria decides to hide where no one would think to look for a mermaid. The Jersey Shore.

Drew Crawford, at a loss for where to go with his life after the betrayal of a friend and business partner, has returned to the Jersey Shore where he grew up. It’s the last place he wants to be, but he needs to regroup and decide his next steps so helping out the man who raised him seems like a good thing to do in the meantime. But as soon as he can, he’s leaving again. This time hopefully for good.

Lyria knows not to trust humans. Drew knows not to trust anyone. When they meet, both think it’s only for pleasure and fun. Temporary. But fun becomes passion and passion becomes more, and as their connection grows stronger, trust and acceptance will change both of their futures in ways they cannot imagine. 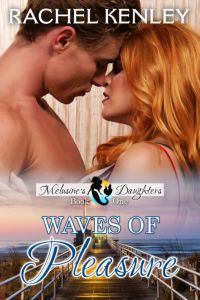 Lyria saw him stand on the balcony and her sharp vision allowed her to see the pain and sadness in his eyes. She hadn’t noticed that when she teased him in the water. It had been a lovely surprise to see him swimming and even better when she discovered he wore no clothes. Although she’d visited this beach when she could, she hadn’t noticed him in a long time and was thrilled to see he’d returned. Since she last saw the life-saving man, he’d changed a little, but was still as marvelously sexy as ever. She couldn’t resist making contact with him—he was simply too tempting—and Lyria preferred to give in to her temptations whenever possible rather than waste energy trying to resist them. There were so many things she needed to take seriously, so she took her fun wherever she could. He was definitely fun.

First she trailed her long hair over his legs. She needed to dart away quickly because he changed his position so fast. She’d been so caught up in his body that she’d forgotten he wouldn’t be expecting her touch. When he began to float again, the moonlight on his skin begged for her fingers, and again she reached for him, this time with her hand. His skin was warm to her, even though he had been in the water for a while. She only needed to slip away a few feet when he searched for what had caused the feeling. 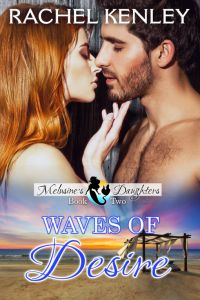 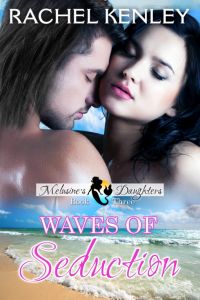 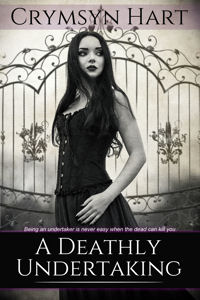