Robin Parker doesn't want to risk getting her heart broken again, so she takes an offer from the Air Force and doesn't look back – until she is sent on a work trip to Paris.

Noah Meyers just wants to stick to routine, and in the military he has found that as a doctor. Until his best buddy from college uses his connections to change his routine.

What will happen when these two meet in Paris? 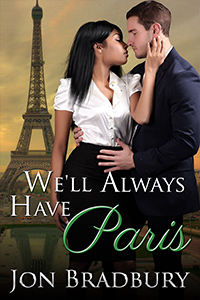 More From One Good Reason 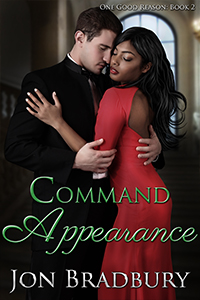 When people think of the military, the last thing they think is that people might actually work in an office.

I sat in a spacious cubicle, which looked like all the other cubicles in the room, three walls, upholstered in gray, neatly fitted together at right angles. There was a modular plastic desk, nestled in the corner made by two of the walls, and a fairly comfortable office chair. My cubicle faced the windows, and while I wasn’t sitting right next to a window, I could see out just fine.

Looking toward the window was my computer. On my left was a grossly ordinary telephone. Several photos of my parents and relatives were all over my desk. Taking up the entire wall behind my cubicle were unit insignias, painted in such massive size to fill the wall from top to bottom. First was the insignia for my unit, 48 Fighter Wing, and our unit’s nickname, The Liberty Wing. Next to that was the insignia for the MSG 48, Mission Support Group. And finally there was the insignia for United States Air Forces Europe.

I’ve been in the Air Force for about nineteen months, and I’m a Second Lieutenant in the 48 Mission Support Group at RAF Lakenheath. We did the weather updates for the fighter pilots.

The view out the window was utterly ordinary. People walking around, going about their business. Sometimes the noise from a departing aircraft would rattle the windows. It was a lovely Tuesday afternoon in April.

I tried to get my mind back on work. Tried to, anyway. Reluctantly, I pulled my eyes away from the all-but-cloudless blue sky and looked at my monitor, the very best high-definition monitor money could buy. But instead of going back to work, I went to a weather site and put in my home zip code. I was soon staring at a satellite image of northern California. Right away I recognized the signature cloud pattern of low pressure, just off the coast of California. I cringed as I thought about how Auntie Georgia was going to be miserable with her arthritis.

My phone rang. Time to get back to work. “Mission Support, Robin speaking. This line is not secure.”

“Robin, can you come to my office, please? It won’t take but a minute.”

“Yes, sir. I’ll be right there.” I hung up and locked my computer.

I crossed the floor to the colonel’s office, way over on the other side of the room, past the forest of cubicles, the secure fax machines and the equally secure satellite up-link machines. Still... I couldn’t simply go across the floor. I had to make sure I could hear the clicks of my pumps on the tile floor.

I stopped at the threshold to the colonel’s office and knocked on his door.

Colonel Jackson looked up and smiled. He had the bearing of a Southern Baptist preacher, smooth dark chocolate skin, short curly black hair, dark brown eyes, and a voice that could go from caramel and mahogany to thunder and lightning if he wanted it to. He never used that voice on me. Others haven’t been so lucky.

“I won’t waste too much of your time.”

“You could never waste my time, sir.”

The colonel smiled. “How would you like to take a trip?”

“Uncle Sam is sending you to Paris.” He slid a blue plastic file folder across his desk to me. “That’s your itinerary.”

“Okay.” Getting down to business, I opened the folder. “What’s the mission, sir?”

“It’s a meteorology symposium. Nearly a hundred of your fellow meteorologists will be there. I’ll expect a report from you next Wednesday on what you were able to learn there, plus a presentation. So take notes.”

Inside was a printed sheet of paper, encased in a plastic sleeve. I briefly looked it over. My flight to Paris was leaving tomorrow afternoon. The convention would start Thursday morning and would last three days. I returned to London Sunday afternoon. All in all, a nice little five-day business trip. To Paris!

Along with the printed sheet of paper, down in the bottom of the plastic sleeve was a plane ticket. According to my ticket, I was leaving on City Jet Flight AF 1529 to Le Bourget Airport tomorrow at thirteen hundred hours.

“Thank you, sir. That will make things so much easier. Heathrow and Charles de Gaulle are madhouses.”

Colonel Jackson cracked a genuine grin, slightly muted. “Don’t thank me just yet. We tried to find a closer airport, but London City Airport was the closest one with flights to the Continent. So you have about an hour’s drive ahead of you tomorrow morning.”

“I already took the liberty of requisitioning you a vehicle from the motor pool.” He slid a set of keys across the desk to me.

“There’s no need to come in tomorrow morning. Just go straight to the airport. I’ll inform your supervisor.”

“Did you have any questions?”

“That will be all, Lieutenant. Dismissed.”

I stood up, saluted, pivoted smartly and marched out of the colonel’s office. As I walked back to my desk, I couldn’t hide my excitement. Paris!