Although still in love with her husband Devon, Ashley Monroe was seeking a divorce, thanks to his family and their mistreatment. When Devon's grandmother dies, and Ashley is included in the will, everything changes, because his grandmother wasn't about to let history repeat itself. 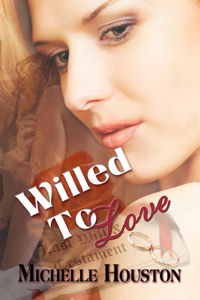 Ashley leaned back in her chair and tipped her head, subtly wiping the tears that were welling in her eyes. As various family members filed into the room and claimed seats, she made sure not to meet anyone’s eyes. She wasn’t wanted, and she knew it. Nervous, she twisted the simple gold band on her ring finger, waiting until the lawyer decided to finally start telling everyone what they got in the will.

The chair next to her creaked when weight settled in to it, and a firm hand clasped over hers startling her. Looking up into her soon to be ex’s warm eyes, she found herself unable to look away. Her heart ached with the need to collapse in his arms and cry out her pain. His paternal grandmother had been the only person in his family that had accepted her, had made her feel welcome. Now the grand lady was dead, and Ashley was surrounded by hostility. She could only imagine what Devon’s family was thinking, wondering why she was present.

In fact, Ashley was having that same thought.

Pinching her trembling lips together, Ashley nodded. The sympathy in Devon’s voice was almost her undoing. He had lost his grandmother, and here he was trying to comfort her. How she loved him.

Glancing around the room though, she saw the curled lips and flared nostrils, the squinted eyes and the gazes that wouldn’t make contact. His family hadn’t changed their opinion of her and she doubted they ever would.

Her inability to provide him with an heir was only one of the reasons. As the thought entered her mind, a flash of pain followed. Pulling her hand away, Ashley broke eye contact and curled into herself, the way she’d had to after her pregnancy ended in miscarriage. Devon had been out of the country, and she’d been alone, surrounded by people who didn’t give a shit about her.

Two days she’d lain in a hospital bed before someone thought to let his grandmother know what happened, and she’d had to be the one to call him and let him know that she had miscarried.

“Well, since everyone is here, I guess we can get started.” As the lawyer started pulling papers out of a briefcase, those that were milling around the room settled into available chairs or leaned against walls. Only the warmth coming from next to her where Devon sat kept her in her chair.

She didn’t want to be there, but the lawyer had insisted that her presence was vital. But as he droned on, detailing the dozens upon dozens of bequeaths to various family members, Ashley was giving serious consideration to sneaking out when her name was called.

“And to my grandson Devon and granddaughter-in-law Ashley, I leave my house, the remainder of my trust-fund from my father, and a variety of jewelry and other personal items that are itemized, on the condition that they spend three months together in the house before perusing their divorce further. Should they decline, they both forfeit the right to anything from my estate. Should they agree, then all previous bequeaths to any member of the family are conditional upon their agreement to support Devon and his wife’s attempted reconciliation. Any attempt to convince them not to reconcile, now or in the future, will be seen as an automatic forfeit of claim to any part of my estate, as well as an agreement to reimburse the estate for anything previously accepted.”

Ashley almost giggled at the sudden silence. The old adage about a pin dropping came to mind, momentarily cutting through her grief. Devon’s grandmother had been big on speaking her mind, using old age as her justification. It shouldn’t have come as a surprise that her will reflected her personality.

“In addition, should Ashley agree to spend three months with Devon, an additional settlement for her, including property for an artist studio, has been arranged regardless of the outcome of their attempted reconciliation.”

Ashley felt like a clamp had wrapped around her heart. Devon’s grandmother knew all of her hot buttons, and just where to push to get what she wanted. But despite the incentive, Ashley didn’t know if she would be able to do it. She still loved Devon with every fiber of her being, and the idea of spending three months ‘working on their marriage’ was enough to rip out her heart.

She desperately wanted to reconcile with him, but the same thing was holding her back each time—his family.

Looking into his blue eyes, she wanted to scream yes. His firm lips, slightly parted, begged for her to kiss him. Her pulse raced remembering the last time they had made love, just months before. It had been the night before he left on his business trip.

She had stripped for him, shy about the changes to her body, emboldened by the desire she had seen in his eyes. His mouth and hands had worshipped her, caressing her curves and the slight budge of her belly. Her breasts responded to the memory and grew heavy. Sitting there at the reading of his grandmother’s will and getting aroused wasn’t her idea of a good time, but Devon had always had that effect on her. She could be doing almost anything, and he could get her pulse racing.

Ignoring everyone else in the room, she focused on him. According to how the will was worded, the family would be complete idiots to interfere now, and Ashley knew them to be anything but idiots. Many of them had gone to Ivy League colleges, and currently ran their own businesses, or were firmly planted in the area of politics.

Cold, yes. Idiots? Not by a long shot.

“I know this means a lot to you Devon, since it is part of your inheritance. But do you really want to do this?”

Devon’s eyes clouded with pain, and Ashley almost broke down herself.

“You’re the one who walked out on me Ash, not the other way around. Remember?”

She remembered all too well: the painful decision to leave, despite how much she loved him. The atmosphere they had lived in was emotionally poisonous and he wasn’t willing to just walk away. She had tried to make him see how much she hated living under his family’s thumb. Losing the baby had been her breaking point.

So she had packed up and left him, taking only her cherished belongings.

And now the one person she had loved in his family was pushing her back into the situation, but with a twist. None of the family could reject her, or push Devon to leave her. She would be permitted as part of the family, even if not welcomed. But could she survive such a situation? Would her creativity, her passion for art, and her love for Devon survive?

“I am also instructed to give you this before you decide.” Ashley glanced away from Devon to find the lawyer holding a sealed envelope out to her. Hands trembling, she reached for it, and had to read it three times before she could make sense of it. When she did, the enormity of the situation hit her like a cement truck.

Carefully she folded the letter and put it back into the envelope, then tucked it into her purse. Looking the lawyer in the eyes she told him, “I agree to the terms of the will.”

“Very well then, here’re the keys to the house and please, call on me if you have any questions. As for everyone else, that does it. There are a few more bequeaths, but they are for household staff, some of the charities Mrs. Monroe worked with, and so on. Nothing I am sure you wish to be bothered with.”

Judging by the speed at which everyone left the room, the lawyer was right. Ashley also had a suspicion that no one else caught the irony in his tone either. Then again, a quick glance at Devon confirmed that he had gotten it. His lips were pressed so tightly together they were turning white. Not from anger though, judging by the faint shaking of his shoulder, but from trying not to laugh.

Excusing herself, Ashley stood and moved to the doorway, Devon fast on her heels.

Keeping her back to him as she twisted her hands, holding herself together by sheer willpower, she told him she would be gathering her things and meeting him at the house in a few days, where they would begin their three months together.

“Devon, I—” Her voice cracked and she had to take a deep breath, then another, and another. His hand, so firm and gentle, settled on her shoulder, silently offering her comfort that she wasn’t sure she could handle. She just wanted to get away from everyone and lick her wounds.

“I—” Now it was his turn to pause and clear his throat. “I didn’t ask Nana to do this, but I’m glad she did. I’ve missed you Ash.”

They stood silently for a few moments before the warmth of his hand left her shoulder and she could hear the soft thud of his steps down the hallway, moving away from her. Forcing one foot in front of the other, she headed in the other direction, not stopping until she was in her car. 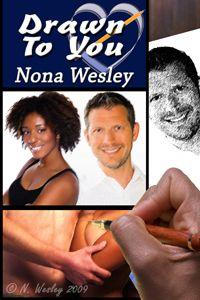 Save Me (LoveXtreme)
Kris Royce
In Shelf
$6.99
Tweets by
sirenbookstrand