As Christmas approaches, the baby growing in Elefteria’s womb fascinates Yeraki. He and George do their utmost to pamper and protect the expectant mother, but once Leonides is born, Yeri’s fascination with the baby grows rather than fades like his humans thought would happen. Enraptured by the infantile charm of his future master, Yeraki swears an oath that makes George’s and Ellie’s hearts sing carols of joy.

Yeri abruptly shifted position, startling George out of his dreamy reverie. Yeri never moved during a service unless it was expected, such as kneeling for the consecration of the gifts, but this wasn’t one of those times; in fact, this was the gospel reading, and Yeri should be paying attention to it. Yeri knelt down before Ellie, studying her intently. A chill went up George’s spine at that, and he turned toward his wife in time to see the contraction moving across her swollen abdomen.

Yeri looked up at him. “The baby is coming.”

The absolute certainty in Yeri’s voice jolted George into action. “Let’s go.” He bent down, got his hand under Ellie’s elbow and helped her up.

“We should stay until the end of the service. These are probably just false contractions again.” They’d already been through several episodes of those. Ellie smiled at him bravely.

George considered it briefly. Yeri had been there for the false contractions, and while he’d been supportive, he had not said that the baby was coming. “Not this time. I trust his instincts.”

Yeri cleared a path to the doors as George supported Ellie to walk. Halfway to the doors, another contraction made her gasp and nearly stumble. Many faces had turned toward them when they’d started to leave, but now, not only was the path cleared for them, people were reaching out to offer their assistance. George resisted the urge to pick her up and carry her.

They made it outside at last. Yeri hovered at his elbow. “Do you want me to carry her to the van, master?”

“I can walk,” Ellie protested.

Yeri and George ignored her. They exchanged a look of total understanding and perfect accord. George nodded. Yeri swept Ellie off her feet and proceeded to carry her, over her continued protests. As George led the way to the van, he heard Yeri’s deep baritone rumble, “Relax, mistress. Let us pamper you.”

It worked—Ellie gave up complaining and allowed it to happen. 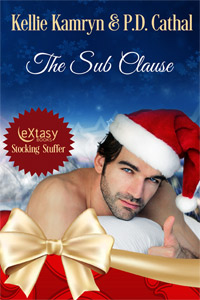 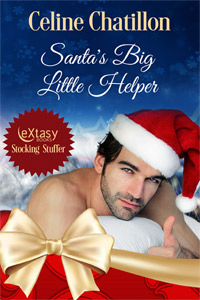