Dylan Band loves women, but after his ex-fiancée cheated on him, he has decided to create rules to avoid getting hurt again. He plans to stay commitment and pain-free. If he can have a wondrous one night with a woman, that’s good enough. When Frappuccino-addict Angel McCready comes to stay in the condo he shares with her grandpa, he knows how to keep his heart well-guarded from her charm and still flirt with her.

Coming to Seattle, Angel expects to find a relaxing down time. To get away, to forget that she nearly married a man with horrible secrets. What she doesn’t expect is to find that’s she’ll be sharing the condo with a delicious tour guide who must have majored in flirtation, who reads to her to help her sleep and has made her forget about everything with a simple smile.

“How could anyone be so beautiful is beyond me. Your parents did a great job creating you. I wonder what they did to give you these beautiful lips.” His lips brushed against Angel as he spoke. “Eyes that I couldn’t stop staring at, nose that I love to death, and body that has made me burn since you walked in the restaurant.” There was electricity in their touch. He felt it strongly and he knew Angel felt it, too.

“I have a pretty good idea how they made me, but I don’t want to think about it right now. Kind of weird.”

Dylan laughed, hugged Angel, and kissed the base of her neck hard. Ah, she’d have a kiss mark there. But so what? He’d cover her with it if he could. To mark her, to make everyone see that she belonged to him at least for the rest of the month.

Meeting her eyes again, he shook his head in disbelief. This woman showed up and made him swallow his rules. And the truth was, he didn’t care. “Oh, honey. Where have you been all my life?”

He moved his mouth over Angel’s, enjoying the feel of its softness. “Thank God for Manfred. He sent you over to me. I wish I could tuck you inside me so I could carry you wherever I go.” He gently covered her partly opened mouth and then began to explore. Blood pounded hard in his brain, heart, and down his throbbing cock. Pressing her against the car, he rubbed himself against her pubic bone. Ah, he wouldn’t get tired of this.

“Why? So you could kiss me, whenever?”

Reality came too quickly and he wasn’t even prepared for it. But then, no one knew when love would come knocking, right? Man, who would have thought love at first sight indeed happened in real life and not just in romance books. But like anything, love will also die fast if not nurtured. He bet once they part ways, whatever was budding right now, would not bloom. “Will you take me…” He flattened his palm against Angel’s chest where he could feel her heart beating. “Here. With you.”

Angel stared at him. Her eyes dewy and searching his face. She smiled, but sadness was still evident in her green eyes. “Of course. I would never forget you. Never.”

“Neither do I.” Reclaiming her lips, he thrusts his tongue inside her warm cavity. He tickled the roof of her mouth. Angel responded by sucking him. Her taste was intoxicating. But they were in the garage for chrimany sakes. Lifting his mouth from Angel’s, he tried to control his breathing. “Now, let’s go inside before I lose my control and make love with you here.”

“Making love in the garage. That doesn’t sound bad. I’ve never tried it before.” Angel wriggled her brows while smiling at him wickedly. 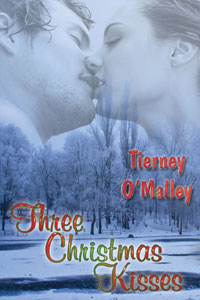 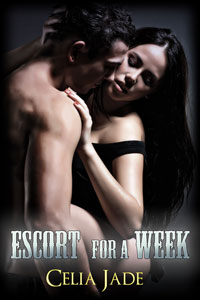