Has Cupid finally met his match?

Valentine Goodness only had one use for men and it didn’t involve their hearts. This carefree, playboy existence suited Valentine just fine until the unexpected arrival of a strapping suitor, or three, into his life, cracks his tough, cynical shell. Valentine’s eyes are opened to a brand new world of romance and soon have him questioning if maybe he has been searching for a Prince all along. 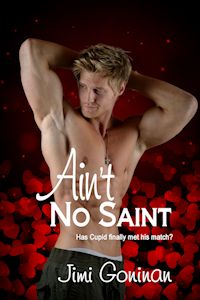 Valentine Goodness hated February with a passion usually only seen in the most disgruntled of soap opera villains. Not only was it the coldest and greyest month of the year – he was very much a sun worshiper – but it also happened to contain his birthday. Valentine wasn’t an excessively vain man, mind you, and he wasn’t particularly concerned about getting older either. Rather it was the fact that his special day fell on the fourteenth…it truly was Valentine’s Day. Due to the highly commercialized nature of the day and the subsequent fuss people made over it, his birthday was often overlooked completely. If he ever tried to organize anything on the day itself, it would clash with the romantic plans of his coupled friends and his unattached friends would show up bitterly complaining about their singleton status.

It had gotten to the point where Valentine preferred to simply celebrate by himself. For his last birthday, he had celebrated in the least romantic fashion he could find – watching a show at a popular fetish club, Seventh Circle. When the muscular Master Noir had called for volunteers to help him punish his feisty, yet obedient, slave boy, Valentine had practically jumped from his seat. After the show the Master had invited him backstage for a much more intimate performance, just the three of them.

Like any sensible child, Valentine blamed his parents entirely for his misfortune. Brian and Annette Goodness were a pair of proud, hopeless romantics, who had coincidentally met, married and then brought him into the world all on consecutive Saint Valentine’s Days. If that hadn’t been enough they had then had the audacity to name their son after the day itself – it practically bordered on abuse.

Valentine had been taunted and teased about his name and matching birthday all throughout his childhood and to a lesser extent as he entered adulthood. As a coping mechanism he had eschewed anything vaguely romantic, becoming quite cynical and closed-off about his feelings.

It wasn’t that he couldn’t get a man, far from it; in fact, he’d had more than a few of them. He was rather angelic in appearance with crystal-blue eyes framed by soft blond, curls and a heavenly, gym-honed physique but his nature was slightly pricklier. His striking good looks meant he had no shortage of suitors but never quite the perfect match. Since he’d turned thirty the previous year, his friends and family had seemingly conspired to send him upon a series of unsuccessful blind dates. None of the men had captured his interest for anything other than a quick, sweaty, naked session…and some hadn’t even made it that far.

Throughout his twenties, Valentine had had a series of short-lived relationships, none lasting more than three months. It didn’t help that he had the most appalling taste in men, always seeming to go after and attract the most unsuitable boys – possibly in subconscious rebellion against his parents who’d often told him that his ‘Prince’ would come. If they were ruggedly good-looking with a bad attitude and no prospects, Valentine was powerless to resist.

Despite the concerns of his nearest and dearest, Valentine was happy with his romantic life – or lack thereof. He was also content with his life in general. Valentine owned a vintage clothing store not far from the docks – Grandma’s Closet – that did a brisk trade and kept him relatively busy. The store was actually named in tribute to his paternal grandmother, with whom he’d been exceptionally close. She had been something of a fashionista and he had inherited her sense of style as well as enough money to start the shop, where he loved helping his customers find their perfect outfit.

Over the course of a single week, however, Valentine’s carefree, playboy existence was to be interrupted by the sudden, and altogether unexpected, arrival of not one, not two, but three handsome strangers into his life. 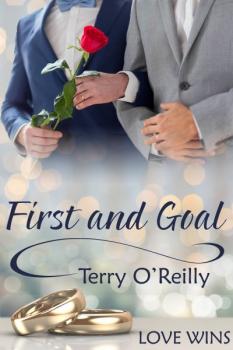