When Marshall met Hal, it was a match made in hell. Hal is a first class con man and manipulator. Marshall is the perfect pawn, a young guy who has been abused all his life, with no self confidence. Hal is pure evil, and he recognizes gold when he sees it. Marshall is handsome, gay and desperate to be loved and accepted. Hal is a former resident of the detention center where Marshall is living. He knows the unscrupulous director, who is deeply in debt with the mob. When the director is asked to do the mob a favor, a job that will set Hal up for life, Hal recruits Marshall to help him carry out his diabolic scheme.

Hal is in the background making sure Marshall doesn't stray from the plana plan that will succeed only if Marshall kills the man he loves.

Passion and despair reign as Arsenic and Rio sweeps the reader away to a coffee plantation high in the mountains of Brazil, and to the warm sands of Rio.

Later that evening, they stood together in their room looking out the window. The view was breathtaking. White sands and palm trees lined the road directly below them. In the distance, spectacular mountains dominated the landscape.

"That's Gavea Mountain," Angelo told him, pointing at it. "People hang glide off it onto the beach."

"Wow," Marshall said, shaking his head. "They must be brave. I wouldn't do that."

Angelo had showered and changed into a pair of navy shorts and a yellow tank top. He looked beautiful, he smelled wonderful. The view out the window paled in comparison.

"Want to go walking on the beach?" Angelo asked suddenly, moving away from the window. "Everything's open twenty-four hours. There is even a gay beach in Ipanema."

"Really," Marshall laughed, his eyes moving over Angelo as he went into the closet and took out a plastic bag. He threw it at him.

"What's this?" Marshall laughed as he caught it in his hands.

"Just a little gift I picked up in the hotel while you were in the shower."

Marshall opened the bag to find a pair of light blue shorts with a beautiful cotton short-sleeved shirt. The shirt was a darker shade of blue with the faintest imprint of palm trees in the background.

"Is this for me?" Marshall asked. He wasn't used to receiving gifts.

"Yeah. Try it on," he said, but Marshall was already beginning to undo the buttons.

It fit perfectly. It made him feel like a completely different person. "You have good taste," Marshall told him, as he whirled around in front of him.

Marshall moved closer to him and kissed his mouth. "That can be arranged."

"Not if we're going to get out of this room, it can't. Come on," he urged, pushing him out the door and locking it behind him.

They took a walk, Marshall holding Angelo's arm close to him. No one blinked an eye. They stayed on the beach to watch fireworks. Angelo told him they had fireworks every night on the beach. Lovers sat together, kissing in the moonlight as the lights exploded in the sky.

They sat on the beach. Marshall smiled at Angelo as he watched the fireworks with the excitement of a small boy. Marshall reached over and took his hand. He turned his face to him and their eyes locked.

Music rang out over the beach. Angelo suddenly jumped to his feet, pulling Marshall up with him. "Let's dance?"

He was drenched in moonlight. Marshall's breath caught in his throat for a second.

Even though the band was playing some distance down the beach from them, the music drifted up to where they were. They were totally alone.

Angelo smiled at him as the cool night breeze blew his dark hair around his face. He pulled him into his arms. They began to dance, moving slowly to the rhythmic Latin beat.

Marshall moved deeper into his arms, laying his head on his shoulder. He moved his lips against his neck. Umm, what heaven it was to hold him like this, to run his hands down the length of his back, to hear his soft breathing, his strong steady heart beat. The heat from his body was intoxicating and the way he moved against him was enough to drive him out of his mind.

He didn't know exactly how long they remained there alone, dancing. It might have been twenty minutes or more. He ran his hands over his silky hair, removing the leather cord that held it. He pressed his hair to his lips, breathing in the subtle fragrance, rubbing the strands against his cheek. "So soft, your hair," he whispered.

They both laughed, moving a bit faster to the beat as Angelo pressed his lips to his forehead, then his mouth.

Marshall kissed him deeply, passionately, tightening his hold on him as they kept dancing. Then he pulled him down in the sand on his knees. The kisses became more forceful, their passion rising like the ebb of the tides. Marshall broke away from him, laughing. "Wow," he whispered, his chest heaving. "Let's go back to the room."

"Sounds like a plan," Angelo said deeply, getting up on his feet, taking Marshall with him.

"Oh, I have a serious plan," Marshall replied, a devilish glint in his eyes.

"So," Angelo teased, following him across the sand, "are you going to give me a hint about this plan of yours?"

"If I catch you, can I have you?" He called after him.

"If I'm running too fast, let me know," Marshall cast him a flirtatious glance backward.

They were both out of breath, and laughing like fools when they reached the lobby of the hotel.

The woman at the front desk grinned at them. "Ahthe two handsome boys," she said in English.

Marshall and Angelo nodded at her, and said goodnight. They waited impatiently for the elevator, never taking their eyes off each other. Once they got on, Angelo sobered and turned to Marshall, "Did she say boys?"

"Ah, did she hurt your ego?" Marshall taunted him, laying the palm of his hand on his chest

"Never mind," he told him with a grimace, which caused Marshall to howl with laughter.

In the room, Marshall stripped off his new clothes, then motioned to Angelo. "Come here, boy," he slurred, "Tonight, I will teach you how to be a man."

Angelo raised an eyebrow. "Oh, yeah?" he moved over to him and took him in his arms. "Okay, professor, I am your willing and most humble student," he said, kissing him deeply.

Marshall stepped out of his arms and smiled at him. "First you need to get out of those clothes, slowly." He went and lay down on the bed.

Angelo bowed his head. He undid his shirt and threw it at him, causing Marshall to laugh and unceremoniously take off the rest.

"Oh, I know," he said, "but this is." He ran his hands up over his body and moved seductively toward the bed, lifting his sex in invitation. "How about that, teach? Do I get a passing grade? And how about this?" He bent down over him and let his tongue swirl around the head of Marshall's cock.

Marshall let his head go back. "Oh yeah," he whispered.

"And how about this?" He moved a hand under Marshall's ass and inserted a finger up inside of him. "Do I pass this test or do I have to stay after school?"

Marshall reached up and placed his hands in his hair. He kissed his mouth, squirming as Angelo moved his finger in and out of him.

Angelo pulled away, laughing, forcing Marshall over onto his stomach. He pulled his hips upward and placed a hand on his ass. His tongue replaced the finger and Marshall just about lost his mind. A few minutes later he heard the condom package tear and he whimpered a little. "Yes, take me. Take me, baby. Now."

"What will I have to do for homework?"

Angelo fucked him hard and long, his hand reaching around to torment his cock at the same time. The tension was sublime and release came leaving Marshall grasping, his heart pounding, and his body reeling from the pleasure. He clung to him all night, waking up every once in awhile to kiss him mouth, caress his sex, and check to see if he was realif it all was real. 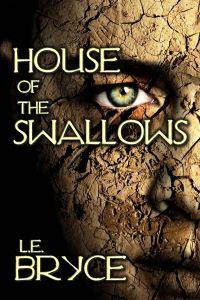