On the fast track to the top rung of the corporate ladder, Nathan is a junkie and money is his drug. Sent to Appalachia to thin out the herd and rid the company of coal miners and close mines where productivity has fallen short of expectations, Nathan poses as one of their own in an effort to win the trust of the miners. With his fake Southern drawl and coal miner attire he is easily accepted as a fellow miner. Assumed to be new to the industry he is quickly taken under the wing of the son of a proud mining family. As his identity becomes divided, Nathan feels as if he has been split down the middle. Is he Nathan, the money hungry executive, or is he Nathan, the coal miner who is falling hard for a man whose way of life is in jeopardy? 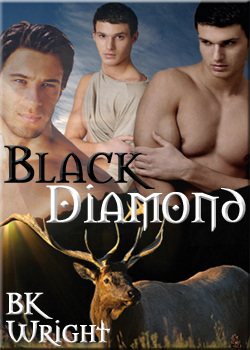 So that was what the man thought. I can do that. I will fit in by being the new guy.

“Where are you from?”

Thinking fast, he said a quick, “Been different places, wherever I can find work.”

The bartender handed the man a beer and offered an introduction. “Mike, this guy’s new in town. Came to work in the mines.”

“Why are your fiancée and all the other men willing to go down into the mines day after day knowing they could be trapped in there and die?”

Jane stared at the man who obviously had no clue about the world. Her eyes were red and puffy though she was all out of tears. “That’s all there is around here…that and timberin’. Timberin’ isn’t like it used to be. A lot of the mills have closed. Coal minin’ is all we have. We can’t just pick up and move like you rich guys.”

The light flickered as the flashlight began to breathe its last.

“Holy crap!” He held his hand over his mouth to keep from vomiting. He knelt on the ground and wrapped his arms around the young man who needed him now more than ever. The memory of the crushed body of his father would be forever seared upon Mike’s brain. Within minutes the waver of lights could be seen behind them as Mike’s fellow miners approached.

“Take him out, Nathan. We’ll take care of the rest.”

This was coal mining country. Every business served the needs of the industry in one way or another. The ugly truth about the lucrative business of mining was well hidden by the majesty of the mountains. To the tourist or occasional businessman passing through, the heart of Appalachia could have easily been mistaken for paradise or a reasonable facsimile thereof. If one dug deep beneath the surface of the beauty, these mountains held an ugly secret. The riches of the mountains did not lie within their beauty. To the owners, the riches of the mountains were buried deeply beneath the surface. Yes, these mountains were for sale and in the eyes of their owners, so were the people who risked their lives to harvest the black diamond that was found deep within. Like the slaves that toiled before them in the Confederate South, the men who worked in the mines were not afforded the luxury of reaping the rewards of their efforts. They toiled for their corporate owners.

“You hear about Mike?”

Nathan felt as if time stood still. What were they talking about? Where was Mike?

“He better get back to work soon. How many days he missed?”

Three days! Nathan downed his beer and drove along the narrow road to the mine, turning onto the old road that led upward into the mountains and along the winding path to Mike’s house. The old truck was there but the house was dark. He walked inside and found Mike in his bed.

The man in Mike’s bed looked too young to be a grown man. He looked like a kid.

The young man got out of bed, naked, gorgeous, and much too young for either of them. “I’m old enough and what is it to you, anyway?”

“Put your clothes on.”

The young man, obviously a twink, ran his hands along his smooth well muscled chest and downward. He took a step closer to Nathan and began stroking himself and making fake sex noises. “Ever seen one like this? Mike likes it.”