A Long Way Down (MM)

Homeless, Daw has managed to survive on the streets. That is, until a killer throws him off the rooftop where he has crashed for the night and he becomes a ghost.

Luckily Brody Ellis, also a ghost, finds him moments later, and takes him home to meet the rest of the “Ghostie Boys,” who have chosen to remain in this world.

Because Daw doesn’t know who killed him, the six ghosts put their heads together to find his murderer so he can move on. In the process, they run into Russ, a young acquaintance of Daw's, who is another of the killer's victims, and bring him home with them.

Will the ghosts, with some help from their human friends Mike and Sage, be able to stop the killer before he strikes again? More to the point, because of the growing attraction between Daw and Russ, will they want to move on, thus separating them for eternity, if the ghosts can prove who the man was who murdered them?

A Long Way Down (MM) 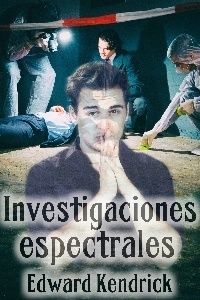 "Guys," Brody hollered, "We have company."

"You don't have to yell," Jon said, getting up from the sofa where he'd been lying, reading. He came over to give Brody a hug before looking at the ghost standing next to him.

"Jon, this is Daw," Brody said by way of introduction just as everyone else came into the living room -- Van and Gene via the stairs, Tonio and Kurt through the ceiling. "Don't mind them," Brody said with a laugh. "They're young. They take the fast way." He introduced Daw to everyone else and then suggested they settle somewhere.

Daw remained where he was, apparently overcome by the enormity of meeting six other ghosts so soon after his own death.

Tonio snickered. "We don't have to. We can't eat." He flopped down in an armchair that had seen better days. Kurt settled on the arm, resting his hand possessively on Tonio's shoulder.

Gene and Van took over the sofa, while Jon went into what had been the kitchen and was now their office to get a desk chair. That left the other armchair for Daw. When they were all seated, other than Brody who chose to remain standing for the time being, Van said, "I presume someone killed you, Daw."

Daw nodded. "A few hours ago."

"Did you see who it was?" Gene asked.

"Where were you?" Tonio asked at the same time that Kurt wanted to know, "How did he do it?

"Guys, slow down with the questions," Brody said. "Give him a chance to breathe."

"We don't breathe," Jon pointed out.

Brody rolled his eyes. "A figure of speech." He turned his attention to Daw, saying, "You don't have to answer right now, if you'd rather wait."

Daw shrugged. "Waiting won't change anything. So, umm, because it was so damned hot," he looked at Tonio and Kurt as they'd asked the question, "I was on the roof of a building where, maybe, I'd catch a breeze. I've been doing that the last week or so. Well, more often than that. I feel safer up high, where it's harder for cops and punks to get to me. Okay, it used to be safer until recently."

Kurt cocked his head when Daw stopped talking. "What changed?"

"At least three homeless guys have gone off roofs recently. According to talk on the street, someone made it happen, although there's no proof." Daw smiled sourly. "At least until last night ... sort of. I woke up when someone put their hand over my mouth. Then they hit me which dazed me, picked me up, and tossed me off the roof." He shot a look at Brody. "I didn't imagine it. It's not me wanting to deny I killed myself. It happened, damn it!"

Tonio eyed him. "You're not small, so the guy must be pretty big, and pretty strong."

Daw retorted with, "Look at me. I'm fucking skinny as hell. I bet even you could pick me up."

"Right now?" Tonio snickered. "Probably, because you don't have any weight to speak of."

"A technicality," Jon put in. "You are definitely underweight, Daw, so I can see where you're coming from. It wouldn't take a huge man to do what your killer did. The question is, do the police think you were murdered? Do they think the other guys were?"

"Like I told Brody, the cops who checked out my body…" Daw shivered. "They said I was probably drunk or on drugs and fell. My bet would be that's the cause they tacked on to the other guys' deaths, too, unless the coroner didn't find evidence of immediate substance abuse. Either way, the cops don't care. We're disposable."

"I'll give you that," Brody replied, knowing it was the truth, or had been when he was alive.

"Would they ... will they find drugs or booze in your body?" Van asked.

"No way!" Daw said. "I won't touch booze, 'cause of my father, and drugs ...? Hell, they're too expensive unless you do a trade-off by dealing, which I didn't."

"How did you survive?" Gene asked. 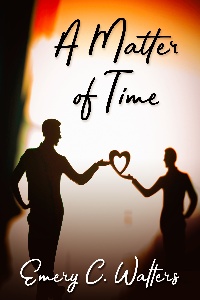