Elsa Hansen worked hard to get where she is today—the head of Martian horticulture at the Valles Marineris habitat dome. When the dome breach alarm sounded, how was she to know she’d be stuck in a safe shelter for twelve hours with handsome hydro-engineer Grayson Maaka?

Elsa wonders whatever could they do to pass the time. Grayson, however, takes the opportunity to entice shy Elsa to talk about their nerdy childhood experiences. Before the day is over, they are in each other arms and having some of the best sex of their lives—until they’re interrupted by a colleague sent to look for them.

Embarrassed and angry at herself for not putting her career first, Elsa ignores Grayson for a month until she receives a text from him saying he’ll be leaving Mars after the New Year’s Eve send-off celebration.

Can Elsa let Grayson go back to Earth thinking their day together meant nothing to her? Can Grayson convince Elsa that he knows what it’s like to be a lonely nerd far from home? Can their mutual attraction make this A Very Merry Martian Christmas for the both of them? 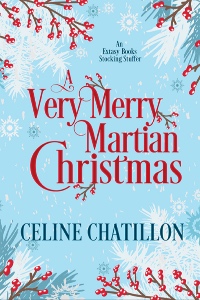 Will you do me the honor of accompanying me to the New Year’s Eve party?

“What have I gotten myself into?” She put her work tablet down, collapsed into her desk chair, and let her head fall into her hands with a groan.

Elsa knew exactly how and when she had fallen into this mess. How exactly she was going to disengage herself from the affections of the tall, dark, and handsome hydro-engineer was going to take every bit of her genius intellect and then some.

Closing her eyes and rubbing her temples, she drifted back in her mind’s eye to four weeks previous when the wretched alarm klaxon had interrupted her peaceful work day…

Every loudspeaker in the Valles Marineris habitat dome, from public address to personal tablets, had repeatedly blared the warning amid assorted sirens, bells, and flashing emergency lights. Elsa and her one hundred fellow inhabitants of the Martian base knew what to do. They had been drilled extensively on where to go if a meteorite or other piece of space debris hit and ruptured their crater home’s air dome. They each knew how long they had until all their oxygen escaped into the thin atmosphere of the red planet.

As their chief Martian horticulturalist, Elsa had been working in one of the greenhouses. Her designated safe place was the exobiology contingent's small building adjacent to the greenhouse complex. She calmly put down the hand implement she was using to pack down some loose soil in a freshly planted container of potatoes and sprinted toward her office.

Grayson greeted her with a grin as they ran into the building. He helped her to close and seal the heavy air-tight door behind them. Elsa flipped the switch on the wall beside it that signaled to mission control they had sealed themselves into their safe place, then turned and headed down the short hallway to the work area. Grayson followed closely behind her.

Shit! Why couldn’t I’ve accompanied Marisol to the mushroom caves today instead of Mohammed? We could have spent the time discussing how to expand the new cave growing facilities. Now all I’ve got to work on inside is some boring paperwork.

Elsa had forgotten about the chatty hydro-engineer. He had been tasked with monitoring the greenhouses’ water usage and checking out where a possible leak was located in their irrigation system when the sirens began. She soothed herself with the thought that the alert might be an unscheduled drill or a minor problem. Soon as the threat had receded, they’d receive the all-clear.

“It doesn’t get much more exciting than this, I’m afraid.” She forced a smile. Then it struck her. “You’re relatively new on Mars, aren’t you?”

He nodded. “I am. Just three months. I came to replace Olga after she had her heart episode, and they decided she needed to return earthside…”

Oh, dear. Elsa bit her lip. She had started a conversation, and she was no conversationalist. Everyone who had ever met her, worked with her, or was related to her would attest to this. She couldn’t talk and hold up her end of a casual conversation if her life depended upon it. And now she was stuck with this stranger in a smallish building with alarm bells going off for who knew how long.

“Alert! Alert! All personnel to their dome breach safe stations. This is not a drill.”

Damn! It’s the real thing. Elsa clenched her fists and gritted her teeth. Get me out of here!

“So, Elsa, how long have you been on Mars?” Grayson smiled like the Cheshire cat. Curiosity seemed to be his overwhelming emotion at the moment.

Elsa walked over to her work bench to put away a few stray instruments she had tossed there earlier so he couldn’t see how uncomfortable she felt in his presence. Something about the brawny, friendly New Zealander drew her to him like a moth to a flame.

It’s his smile. It lights up his whole face—the whole room even. But I don’t have time for flirting. I didn’t get to be the chief horticulturalist on Mars by wasting my time picking up men.

“Um, it will be two years this January since I was last on Earth,” she mumbled, purposefully looking away from him.

“You’ve got at least a year before they send you back to Earth then. Will you miss Mars?”

Elsa headed to her computer terminal and sat down to perfunctorily go through some progress reports on the large screens. “Miss Mars? I hadn’t thought much about it. Now, if you’ll excuse me, I’ve got some—”

“Attention, personnel,” the public address interrupted. “It has been determined the dome breach will take approximately twelve hours to seal.”

Elsa gulped. Twelve hours? The breach sounded serious. Before she could ponder her fate, the computer-generated voice was interrupted by their mission director Pavel’s mellow baritone.

“Sit tight and hang in there, people,” Pavel said with a chuckle. “Claude will be setting up some chat rooms on the intranet if you’re alone or just want to interact casually with your fellow Martians stuck in their hidey-holes during this time. Everyone should check in with us at mission control to verify their whereabouts first off, then check in on a regular schedule. What do you say, Claude?”

“Send us a heads up about every three hours,” Claude, Pavel’s right-hand man in more ways than one, replied. “I’m sending the schedule out to your devices now.” 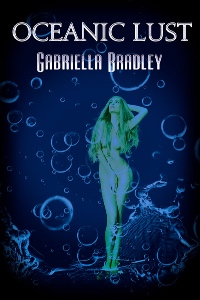 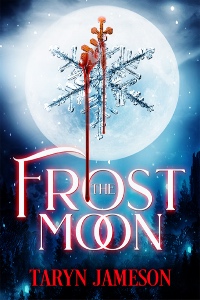 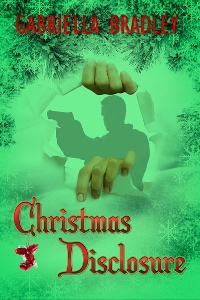