When university administrator Baxter “Bax” Crouse is invited to a dinner party given by matchmaking friends, he instantly falls for the other guest, financial advisor Russ Smith. Bax enlists Russ’s help to manage his accounts but the man’s skill with a balance sheet is only one of Russ’s many talents, ones that Bax feels far outshine his own modest abilities.

Amazingly, Russ returns Bax’s affections and things move quickly and they soon move in together. However, Russ is unhappy with his job and joins a local country music group, choosing to stay in the closet as he fears rejection from his band mates and fans. Bax is torn between loving Russ and supporting him to pursue his dream. Bax’s worries increase when Russ’s group is invited to be the support band for a major country act during their tour.

Do the university administrator and the country star have a future together, or will Russ be swayed by the bright lights of stardom, leaving Bax lonely every night? 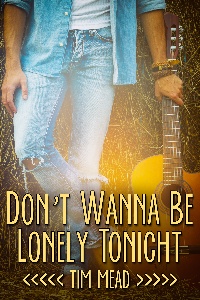 The other guest was a lean six feet tall, with wavy auburn hair. His eyes, I discovered as we approached each other, were not green like those of most people with his hair color. Instead they were a rich brown. He was beautiful, elegant.

"Baxter Crouse, this is Logan Smith."

I drew myself up to my full five feet eight and three quarters inches, advanced toward the man and put my hand out. Though it sounds like something out of cheap fiction, I swear I felt a jolt when we shook hands. His eyes searched mine briefly, and then he smiled.

"Nice to meet you. Everybody calls me Russ."

Oh, please, God, let him be gay, I found myself praying. Let him be single, too, I added.

Just then Helene came out with a glass of wine for me. We hugged and exchanged air kisses.

"Thanks for the bottle,” she told me. “Jim's introduced you to Russ?"

"Well, loves, I must get back to the kitchen." She smiled. "You three talk guy talk or whatever."

"Russ's my broker," Jim said after we were seated, sipping our wine.

"Oh?" I wasn't proud of my conversational abilities at that moment, but I was still looking at Russ, feeling lucky my tongue wasn't hanging out.

"Yes," Russ said, "Harvey Sloane, Jim's previous financial advisor, was moved up to vice president of the downtown branch of Pierce-Thompson, and he assigned Jim's account to me."

I was thinking about what a sexy voice Russ has when Jim said, "He's done very well for me in the short time he's had the account, too."

As we chatted over wine and nibbles while Helene worked in the kitchen, I found myself registering all the tidbits the stunning guy was letting drop. It was apparent Helene and Jim were matchmaking again. They'd tried, without any lasting success, a couple of times before. This time, even without knowing anything about their newest candidate for my affections and my bed, presumably, I wanted the match. I had to assume he was gay. Why else would they invite the two of us together? He had to be gay.

During the dinner-table conversation, Russ asked about Jim's current classes and his ongoing research. The subject eventually shifted to a currently fashionable novelist whose latest work the others had read but I hadn't. Obviously, Smith read books. A big plus so far as I was concerned.

Later, during a lull in the conversation, I looked at the man across the table from me and said, "I'm puzzled. If your name is Logan, where does Russ come from? Your middle name perhaps?"

He grinned. "Helene and Jim will have to forgive me, since they've heard this story." He looked at each of them and they smiled at him. "When I was in elementary school my hair was lighter and the other kids called me "Rusty." By the time I got to college I just asked to be called Russ. I'm not fond of Logan, which is my mother's maiden name, and don't even ask what my middle name is!" 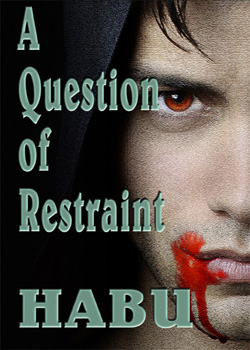 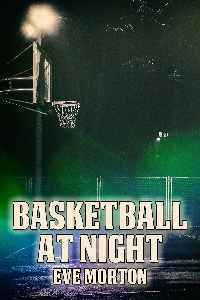 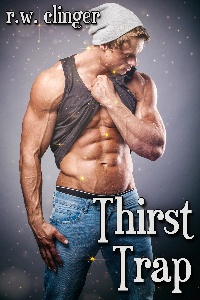