The newly formed Forever Clan, also created by Lord RA to protect the gifted offspring from all who bore him ill, are sworn to protect the new Dhampyre.  Will the now grown up Jax be the one to save the ancients from certain death? Or will the evil Lucifer Clan find him first and end all hope for the vampires? 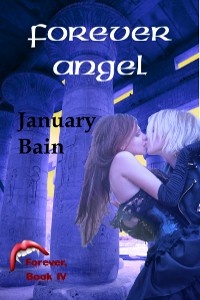 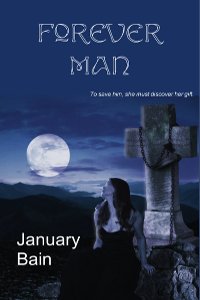 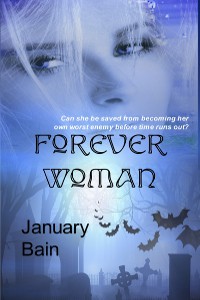 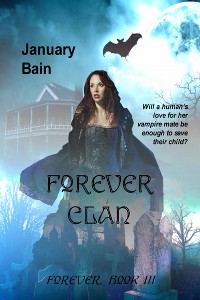 You’ll like Julie. She’s a very nice small-town girl from halfway around the world who needs a change of scenery. Promise me you’ll show her a good time while she’s here, Jax. She knows nothing about our being vampire and, since you’re a Daywalker, you’re our only hope in keeping her suspicions at bay. Though with her sister-in-law Ellie being a true healer, she might have a more open mind than most.

That was his ma’s words just one week ago and here he was heading for the airport to pick up that bit of baggage, dutiful son that he was. He snorted in derision, remembering how absolutely unimpressed he was to be the official escort of some—he almost used the word hick but thought better of it—from Nome, Alaska. And to think he had important plans this week. Lord knew time was the one thing he did not have enough of and what little he had certainly didn’t include chaperoning a Miss Julie Stone through the tourist spots of Luxor. He ran his hands through his hair and gritted his teeth.

He pulled up at the gates to the visiting parking area of the airport, yanked a ticket from the automatic dispenser, and drove the black SUV with dark-tinted glass into the designated area. His heels echoed on the pavement as he headed for gate three. The chit could wait for him. He would not be rushed on her account. He was aware he didn’t have much capacity for commotion at this juncture of his life. And like one of his favorite quotations by Oscar Wilde, he didn’t suffer fools gladly. The jury was still out on just how much escorting this particular guest would upset his well-ordered life for the next few weeks, but the tautness in his gut suggested it would bring more disruption than he was prepared to deal with.