Gabriel doesn’t like his life. It’s better than the one he would have if the Gillham pack hadn’t rescued him from the streets, but he’s working himself to the bone to make sure Alice, the woman he considers his sister, gets better opportunities than him. He realized something was eventually going to break a while ago, but he never expected that the reason for it would be his mate.

Cyn is leaving behind the life he’s known until now— including his parents’ money, the job they’d been planning for him, and the arranged marriage they want him to enter. He doesn’t know what he’ll encounter when he goes to Gillham to find his cousin Noah, but it’s not a cute shifter telling him they’re mates. He never expected to have one, since demons don’t have mates, but it’s a perfect way to turn his life around.

If only his mate’s sister didn’t hate him.

Gabriel couldn’t find his second shoe. He had no idea where the thing had disappeared to. He knew he’d taken them both off at the same time, yet there was only one waiting for him by the front door.

“Alice?” he called out, hoping Alice wasn’t studying with her earbuds in.

“Have you seen my shoe?”

There was a pause, then Alice appeared at the living room arch. “Your shoe? As in, one of them?”

Gabriel held up the orphan shoe he was holding. “Yes. I only found one.”

Alice rolled her eyes. “I swear, you’d lose your head if it wasn’t attached to your body.” She came closer and poked at the small mountain of shoes on the floor. “You could wear another pair.”

Gabriel sighed. “I could, but these are the most comfortable ones, and I have a shift at the shelter.”

He recognized the fleeting expression on Alice’s face, but he didn’t try to reassure her or to change the way she thought about him having two jobs. He’d already tried lots of times, but nothing he said made her feel better about it.

“Nope. I don’t want to fight tonight, not when I’m almost late. And I will be late if I don’t find my shoe.”

Alice huffed. “You wouldn’t be late anywhere if you didn’t have to work two jobs.”

Gabriel groaned. “There we go again.”

“I’m just saying that I could ask Kam to lend me money for college. You don’t have to pay for it. You shouldn’t have to.” She leaned down, pushed aside a few shoes, and grabbed the one Gabriel had been looking for. She offered it to him, dangling from her finger.

Gabriel snatched it and sat on the floor to put it on. “I don’t have to do anything. I’m happy to pay for your college.” As much as he could, anyway. Luckily for him, she had a scholarship, but he was still paying back the pack for lending him money so he could go. He wouldn’t let Alice indebt herself to anyone, not even to the pack that had taken them in and welcomed them when they’d been teenagers.

Alice glared. “What I meant is that Kameron told you he didn’t expect you to pay anything back even if you took the money from him. The pack looks out for its members, and that includes us.”

Gabriel knew that. Several of their friends had gone to college on the pack’s dime, and no one had found that strange. It wasn’t, not when they’d all lived with the pack most of their lives. Of course other street kids had ended up in Gillham, and they’d taken the money, too, but Gabriel had never felt comfortable doing it. He wasn’t sure why, but that didn’t matter. He was in debt, but Alice didn’t have to be.

“Is it ever?” She’d been trying to convince him to stop paying for her since her first year in college. She was almost done now—late, because she and Gabriel had needed to recuperate from the years they’d spent on the streets—but some day she’d be a doctor, and Gabriel couldn’t have been prouder.

He kissed her cheek, grabbed his bag, and rushed toward the door before she could add anything. He didn’t want to fight with her, and that was always how this kind of conversation ended. He didn’t like fighting with her. She was his only family, even though they’d both lived with foster parents when they’d arrived in Gillham. Gabriel loved them, but he felt nowhere near as close to them as he felt to Alice, no doubt thanks to the year they’d spent together on the streets.

He rushed to his car. He was almost late, and that meant he wouldn’t be able to stop by the coffee shop to get his fuel for the night. The coffee at the shelter wasn’t terrible, but it also wasn’t his beloved caramel macchiato. It would have to do, though, because Gabriel didn’t like being late, which was something that happened fairly often because of how forgetful he was.

He parked in the parking lot, looked forlornly at Gillham Java for a second, then rushed through the back door.

Oliver was grinning like an idiot when Gabriel barreled through the door. He checked his watch, and his smile widened. “You almost made it.”

Gabriel flipped him the bird and headed toward the office. The room was tiny, but it was enough for a desk and a few chairs. Gabriel dumped his backpack into his chair and scowled at his friend. “What do you want?”

Oliver was still smiling. “Only five minutes. What happened? Did a deer decide to commit suicide in front of your car again?”

“That would have made me more than five minutes late.” In fact, the last time that had happened, Gabriel had been two hours late. He didn’t like to think about that day, though. “Why are you here and not out there working?”

That mollified Gabriel. He and Alice were a unit, a family, but Gabriel also considered Oliver family, albeit in a different way. The three of them and a few others had stayed with the same foster parents at the same time, so they’d spent a few years in close quarters. Some would say that made them siblings, and it did, in a way, but Gabriel’s relationship with Alice was always going to be stronger, given the year they’d spent living on the streets together, protecting each other and being each other’s world. Nothing was ever going to come close to that kind of bond.

“What was it, then? A duckling crossing?”

That had happened, too, but it was normal. The town of Gillham was fairly large, but it was also located in a forested area. There were a lot of animals around. “Don’t you have something better to do than bugging me, Olivier?” Gabriel asked.

Oliver’s eyes narrowed. “I told you not to call me that.” 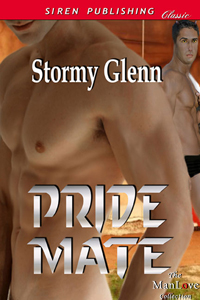