Andreas Keller is a certified trainwreck. He’s young, emancipated, broke, and has a budding criminal record. When a judge mercifully sentences him to community service instead of jail time, Keller is faced with the most horrible thing he can imagine -- three hundred hours of mandatory volunteer work with the minister's son.

Cameron’s job at the library is interrupted when he’s assigned to supervise the town troublemaker. He has no idea what to expect when he begins working with Keller, but it certainly isn’t friendship.

Is there more to Keller than meets the eye? Can the two overcome their differences and past trauma? Or will a horrible bet ruin everything between them? 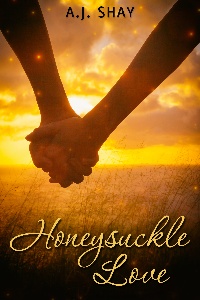 “Let me take you out to dinner.”

Cameron’s head snapped up from the book he was reading.

“As a thank you,” Keller added hastily, “for keeping me company today. Also, we’ve been working together for two months now. This could be like an anniversary celebration.”

“You consider us friends?”

“Yes, I suppose I do.” He smiled. “I just wasn’t sure you felt the same way. Dinner sounds lovely, as long as we don’t stay out too late. Don’t need my father asking questions pertaining to my whereabouts.”

“Glad we’re on the same page.” Keller nodded. “I’m all sweaty from working, so I’ll want to shower first. C’mon, my apartment is upstairs.”

“Just you and me?” Cameron squeaked.

“Benefit of not having parents. I get all the peace and privacy I want.”

Peace and privacy. That would be nice. “I wish I could get away from people sometimes. I imagine it’s nice to have a place of your own.”

“It is, and you’re welcome here whenever you need a break from people. I’ll even leave if you like. Now make yourself comfortable. I’ll be out in a few minutes.”

So there Cameron was, in Keller’s flat. In Keller’s flat where Keller was naked in the shower only a few feet away. He pressed his palms against his eyes in an attempt to clear his thoughts. He was only knocked out of his graphic musings when something heavy fell on his shoulder. He began screaming, which prompted Keller to run out of the bathroom with nothing but a towel on.

Keller had crouched towards the ground and was scratching the chin of a short-haired, black cat. “He was a stray that hung around the shop. I started feeding him and he followed me back up here. He tends to come and go and he pleases. Should probably feed him before we head out.”

Cameron was trying very hard to pay attention to what Keller was saying, but he was a bit distracted at the moment. Keller’s dark, wet hair was plastered to his forehead and he had a noticeable trail of curly hair that ran down from his navel and underneath his small towel. Oh, Cameron needed to cool it. You just barely became friends. Don’t ruin this already. He definitely did not like Keller that way. He did not. He could not. Nope, nada, no way. This had become Cameron’s mantra in previous weeks. He had to keep repeating it at increasing frequencies. 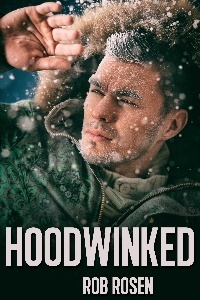