Dangerous wrong-side-of-the-tracks bad boy Jake Carter is definitely Eve Shawcross’s Mr. Wrong. She’s been playing with fire, and only after getting burnt has she learned a painful lesson—no-strings-attached sex ain’t for her, no matter how sizzling it is. Craving a real relationship with the promise of a future, Eve vows to find her Mr. Right, a man who can give her what she so desperately wants—love, marriage, and children.

Ten years later, Eve is left reeling when Mr. Right’s sordid secret life is exposed. Shattered by his bitter betrayal, she tries to pick up the pieces. When his duplicity jeopardizes her safety, survival becomes her sole focus. Just when Eve thinks she’s avoided peril, she comes face-to-face with sexy Mr. Wrong—and their complicated past.

The tables have turned. Now wealthy and powerful, Jake’s determined to tempt her back into his bed. He proposes an arrangement, but she’s thrown by the terms in his contract. The stakes are high. Knowing her traitorous body and how persuasive Jake can be, Eve isn’t sure she can play the game by his rules. Her gut cautions that all is not what it seems, but the passion she once found with him can no longer be denied.

Can Eve abide by Jake’s terms? Or will desire evolve into love? 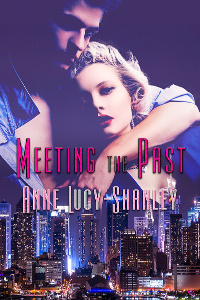 Eve Shawcross dashed to her bedroom to flip through the calendar tacked on the wall above her desk. There was that bout of flu she’d suffered, and the occasional nausea since. Thoughts racing and her pulse jumping in her throat, she told her father she was going out and sped to a drugstore on the other side of town.

Locked in the store bathroom, Eve stared in bewilderment at the two pink lines. Her hands shook when she paid the salesclerk for additional tests, but to her chagrin, the results were the same—positive. She put her head in her hands. She thought they’d been careful.

She’d have to quit college and find a job. Shit. What would she tell her dad? What would she say to Jake? Eve ignored the insistent knocks on the door and hoped the floor would open and swallow her. A mother at nineteen. My life’s over.

She met Jake that night and broke the news. Clearly shell-shocked, he stood at the window for several minutes, staring out over the inner-city landscape. Eve heard drunks brawling on the sidewalk below. A police siren whined. Through paper-thin walls came the wail of a child from the adjacent apartment. She waited for Jake’s reaction, wringing her hands.

Once, she’d encountered his neighbor and her passel of ragamuffin children in the hall. Not much older than Eve, she appeared middle-aged. Hair lank, her printed shift faded from washing, the woman stared vacantly, her snot-nosed children fussing and pulling at her. Eve imagined a scenario where she lived with Jake at the Maxwell Arms Apartments, raising her baby with an unwilling father poorly suited for domesticity. Was that Eve’s future? It was unthinkable.

Jake combed a work-calloused hand through his shaggy jet-black hair, his stance radiating tension. Even now, in her despair, she felt the sexual tug. She shook her head to free herself from it, tearing her gaze from his muscular back and lean hips in the dusty jeans he’d worn to work. He turned from the window and offered to marry her. Eve laughed. It was a preposterous notion. “So I can end up like Wanda in 2B? Talk about my worst nightmare.”

Jake’s wounded male ego was obvious from the reproachful look he hurled at her. “I can take care of you and anyone else that comes along. That’s a promise.”

“Maybe I don’t wear a suit and tie like your father,” he snapped, his eyes icy. “You didn’t care about my job when I was fuckin’ your brains out.”

“That’s exactly it—you know what we have isn’t a proper relationship. We don’t date, we fuck. And that’s all it ever was gonna be.”

“Is that so?” Jake challenged.

Eve swore under her breath and rubbed a hand over her eyes. “This is pointless. I’ll call you after I think.”

The following week, after class, Eve drove across town to meet Jake at his apartment. Her stomach was queasy from nerves as much as hormones. When she parked her car in front of the grubby complex, she made sure to lock the doors.

Sway by The Rolling Stones drifted into the hallway. As Eve approached Jake’s unit, she detected the skunky odor of weed. He sat at the battered dinette table in his minuscule kitchen holding a bottle of beer when she let herself in with her key. The fixture on the ceiling cast little light, making the room shadowy. He wore dirty work clothes and dusty boots. His leather jacket hung on the back of the chair, and a half-smoked joint rested on the edge of a chipped green ashtray.

Jake glanced at her and lazily lifted the beer bottle to take a drink, squinting through the smoke wafting from the ashtray. He finished the beer with one long swallow, turning down the volume on the record player when Wild Horses began.

“You didn’t return my calls, Angie,” Jake said coolly, using his pet name for her. He brought the joint to his lips to take a deep drag.

“I lost the baby.” Eve tried to sound unconcerned, propping against the hallway wall to stay in the shadows. She bit her lip to keep it from trembling. In seconds, Jake was out of his chair and beside her.

“Did you see a doctor?” he asked, palm cupping her cheek. His hands were roughened by work, smelling of dirt and gear oil overlaid by pot. She moved out of his reach, though it took effort. If we don’t have a real relationship, why is this so difficult?

Eve feigned detachment. She mustn’t cry. She must be strong. “I started bleeding. I went to the hospital. They told me it was a miscarriage.”

Pushing past him, Eve opened the door of the old-fashioned refrigerator. She grabbed a bottle of beer, twisting the cap off with the hem of her shirt and taking a drink. She swallowed her threatening tears with beer.

“I meant what I said about getting married.” Jake slouched against the wall opposite her in the darkened hallway, thumbs tucked in his belt loops. The easily identifiable riff of Can’t You Hear Me Knocking? played on the turntable. The shadows hid Jake’s expression. “There can be babies in the future, Angie. When the timing’s better for us.”

Eve knew she looked as dubious as she felt. We don’t love each other. Why is he pressing for marriage? It doesn’t matter. She took a deep breath. “I’m sorry, but it’s over.”

“What?” Jake straightened and leaned forward to grip her forearm.

Calmly as she could, Eve placed her beer on the counter and pulled away. “I met someone.”

“What the fuck?” Jake slammed his fist down hard on the counter beside her, making her flinch. “In the space of a damn week?”

“We only went on one date, but he’s nice. He’s older. Settled. I-I think I can possibly have a future with him.” Eve met Jake’s green eyes, lifting her chin in defiance. “We both know marriage and babies aren’t your thing.”

“I can’t believe this shit.”

“It was never going anywhere. We were never meant to last,” she whispered. “You know it as well as I do.”

“The fuck I do.” When Eve attempted to leave, he grasped her wrist. “What we have is special.”

“It’s chemistry. Period. We have nothing else in common. We’ve never had a real conversation before now.” She jerked away, knowing she’d cave if she listened to him. Being involved with Jake was playing with fire. Learn from what happened or get burned.

Twist In Time
Zenina Masters
In Shelf
$3.99
Tweets by
sirenbookstrand