Passion and danger linger under the watchful eye of the Angel of Death.

Water has been thought to be the key to life, yet some fear what lurks in the shadowy depths. This is where the Angel of Death is said to reap the souls of those destined for watery graves.

Amidst the Autumn of 1933, during the Great Depression, a young coal miner from Pennsylvania and a beautiful farm girl from Nebraska find their lives impossibly entwined. When submerged in water, both can travel great distances to each other’s homes in a matter of minutes. Bound by passion and love, neither can explain how this is possible. An unimaginable force has brought them together, yet a very real threat could tear them apart.

Unknown to them, the answers to all their questions remain with the Angel of Death. He stays hidden in the water’s shadowy depths and waits to exact his revenge upon the one who sought to challenge his mastery of death. 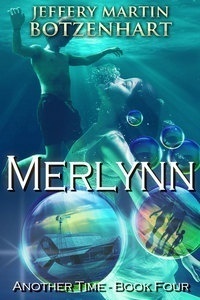 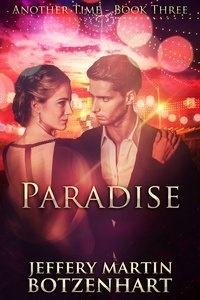 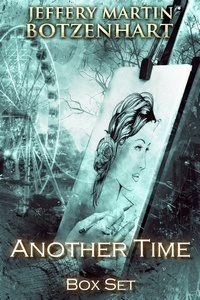 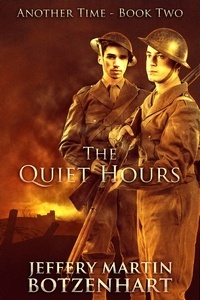 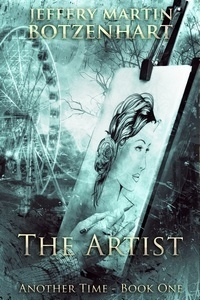 The door leading to the kitchen opened suddenly, jarring John from his worries. Out stepped Aaron, followed by Ellie. The distress clearly shone on her face and matched the grimness he felt inside. She handed a small sack brimming with baked goods to Aaron and kissed him on the cheek. Ellie then stepped back, returning to the kitchen in haste, the screen door slamming behind her. John glanced at Aaron, yet held his words until he moved toward the porch steps. Reaching over, John halted him by firmly placing his hand on his shoulder. “Son, please stay.”

Timid in returning John’s glance, Aaron quietly broke his silence. “Do you know why Isaac chose your farm as the place for the revival to be held?” John looked at him, somewhat confused by the question until Aaron continued, “Isaac’s decision was driven by greed. Times being what they are, so many people are struggling to survive, storefronts boarded up, farms abandoned, fields once harvested turning to dust.” Exhaling deep, Aaron revealed, “Isaac must have been watching you. He must have seen how well you are holding your farm together in these harsh times, without witnessing how hard you work. Isaac believes you have money, money he wanted me to search for and steal if I could find it. I never searched for it. I promise.” John pulled his hand from Aaron’s shoulder, clenching his fists as Aaron finished by adding, “I’m sorry.” His apology was sincere, his regret deeply evident in his eyes. John saw all.

As Aaron took another step away, John stopped him once more. “There is very little money here and I believe that if you would have found it you wouldn’t have given it to him.”

“Then why, why are you returning to him? I don’t understand. Help me to understand, son.”

There was growing anger in Aaron’s eyes when he looked at John, though it was clearly understood who this anger was truly meant for. “Isaac and his men will come looking for anything of value they can take from you. You can’t stop them. Even worse, they will find Merlynn. Please understand, I need to lead them away from you. I know what has to be done.”

John cradled his own face in his hands, running his palms over the stubble on his cheeks as he tried to think of something to say. “We could run away, all of us.”

“Aaron, what can I do?” John’s voice breaking, overwhelmed by sadness.

In stepping closer to John, almost demandingly Aaron responded, “No matter what you hear, stay in the house, please. And . . . tell Merlynn that I love her.” John’s legs gave out in shock of this revelation, forcing him to sit on the steps as Aaron turned, walking slowly away. Not once did he either stop or glance back. In the worst way, John wished he would have.