Queens of the Apocalypse (MM)

Take three fierce drag queens, plus their undead drag sister, a massive solar flare, and a few billion hungry zombies, toss in the remnants of the U.S. Army and a hysterically funny/frequently poignant cross-country trip, add a spicy dash of sizzling romance and a generous helping of mystery and suspense.

What you wind up with is the deliciously campy Queens of the Apocalypse.

Queens of the Apocalypse (MM)

“That bitch!” shouted Blondella as a silver can whizzed by me.

“Which bitch?” I asked with a heavy sigh, Lee Press-ons held up for close inspection as the can rolled around the floor before coming to a rest against my fabulous Jimmy Choos. Knock-offs, yes, but the guy on the corner promised me that no one would know the difference. Or at least no one past the first few rows -- when the lights were dimmed, of course. And who could possibly spot the glue that held the heels on anyway? From past the fourth row, I mean.

“Which bitch?” came her world-weary reply. “Kit. Bitch used up all my hairspray yet again.”

I turned and glanced her way. Blondella Bombshell had her hair jacked up so high it was a wonder she didn’t topple over. Then again, drag queens frequently wobble, but they never fall down. When they’re sober, at any rate. Which, thankfully, we rarely were. “One errant match,” I made note in reply, pointing at her platinum hive, “and KAPOW!” Then I turned back to the mirror and began my daily moisturizing routine.

She chuckled as she rummaged around for a second can. “Be that as it may, Destiny, it was mine, not hers, and she is, as I said, a bitch.” The second can was promptly found, another coat applied to the towering, temporarily inferno-less mess that sprouted dangerously above her head like a garden desperately in need of a good pruning.

I nodded. “She’s only a bitch when she’s low on sugar.”

The chuckle repeated as the heady aroma of jasmine-infused aerosol wafted my way, an ozone hole seemingly widening above our heads. “And exactly what year was Miss Kit Kat low on sugar? She practically owns half the M and most of the & with a lease on the second M as it is.”

Blondella had a point. Still, who was I, Destiny St. James, to cast the first stone? Or in Kit’s case, boulder, because one measly stone would barely leave a dent in all that girdle-encased rotundity. Yes, though far be it from me to say it -- to her face, as opposed to behind her wide expanse of back -- Kit looked like a cross between Aretha Franklin and Jennifer Hudson, pre-Weight Watchers. And by “cross” I mean take Aretha and take Jennifer and mash ’em together, and voila, you get Kit in size, color, and diva-demeanor. Seriously, she should’ve been counting her blessings that the music at the club was so blaringly loud, because otherwise, she’d be lip-synching to nothing but the squeaking floorboards beneath her size twelve feet all night long.

In any case, in she walked, or at least waddled, a few moments later, the steel door shutting behind her. And yes, I said steel. See, the dressing room had once been a meat locker back in the day, the club itself a converted restaurant located just outside The Castro. Pretty to look at, but, like my shoes, only in dim lighting and from a distance. Or if you weren’t sober. Then again, like us, our patrons rarely were. Thankfully. Because tip ratio equates to drink ratio. In other words, the drunker they were, the better we looked and the more do re mi dough (hairspray, moisturizer, candy bars) for all of us.

“Bitches!” Kit shouted in cheery greeting, a Snickers bar waved like a wand above her head.

“Yes,” said Blondella icily. “We already covered that.” She gave Kit the onceover -- twice. “Girl, you look like ten pounds of potato in a five-pound sack.”

“Says the queen in her fifties wearing the fifteen-year-old’s dress,” came the snarky reply as Kit took her squeaking seat in front of her makeup mirror. “Was there a rummage sale down at the high school, hon?”

Kit turned and squinted at the ever-shellacked Blondella. “If you say so.” Then she giggled and turned back to the mirror, lipstick tube momentarily replacing the Snickers bar.

In truth, none of us knew exactly how old Blondella was. None of us, after all, had ever seen her out of drag, out of makeup, or out of her monstrous expanse of wig. If she had a driver’s license, it was about as well-hidden as the pores on her face. Best guess, though, I’d say forties. High-end. Low in the dim light. And yes, there wasn’t anything above fifty watts within the club’s walls. Mandatory. Drag queens’ law. Enacted and brutally enforced by all ten of us girls. Well, boy-girls. Um, men-bitches, really.

In any case, terms of endearment at an end, we went back to work on our faces. With the club opening in a few hours, we barely had enough time to prepare. Especially once the other performers arrived and war promptly ensued. Because ten of us and six makeup mirrors made Vietnam look like a night at Disney.

So before all hell broke loose, we eagerly primped and preened and glossed and coated and sprayed and glued and -- groan -- tucked merrily away.

Though, of course, all hell did in fact break loose soon enough.

All hell and a good part of Oakland, for that matter. 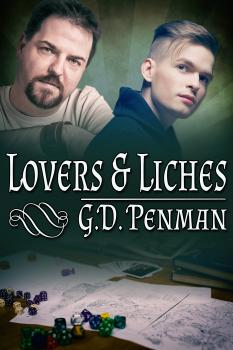