While Matthew and Jason investigate a series of murders in Washington, DC, Jacklyn and Nicolas start a long-awaited vacation with her parents.

Famous reporter David Callahan sets out with his girlfriend to have a good time and research the doings of a kidnapper prowling the woods of western Maine.

For all of them, the events turn out differently from their expectations. 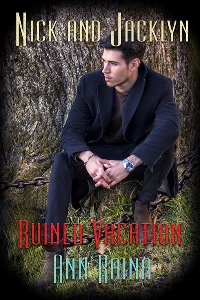 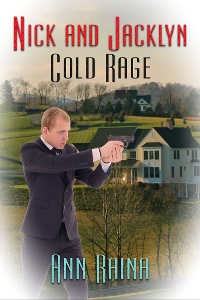 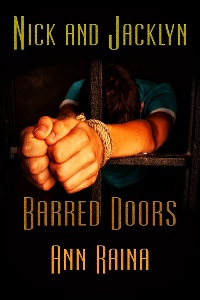 Jacklyn invited Lesley to take a seat on the couch while she poured coffee laced with whiskey to warm up on a chilly April evening. Outside, rain drummed against the windowpanes while the wind was getting stronger. “And, my friend, how did you like being on Raiden’s boat?”

Lesley blew over the hot coffee, smiling. “He’d kill you for calling the yacht a boat. Seriously, owners are very specific when it comes to the type of boat they’re using. And—to put this right—I wasn’t on the yacht during the ride. I met him at the Miami Harbor and greeted him with a bottle of champagne when he moored it.”

“How nice.” Jacklyn sat down and sipped coffee. She was still cold inside after a long day at her physiotherapy office where the heating system had failed during the last hour. “So, you did change your mind—at least a little bit.”

“There’s no harm in trying something new. To be honest—I wanted to do Raiden a favor. He was so thrilled to show me his latest creation. I couldn’t stay at the pier and refuse his invitation, could I?”

“You’re making progress.” Jacklyn chuckled. After years of being a mistress and later owner of a dungeon, Lesley Gilbert had finally found a man to love, even without shackles to tie him down. “And…”

“Progress is a good choice of words.” Lesley cocked her head, twitching her brows. She looked younger than her thirty-eight years, partly—Jacklyn was certain about it—because her lover was twenty-five. “You can’t imagine what we did in the bedroom. I admit he was…cautious, in the beginning. Too cautious for my taste. The first times I had to guide him, if you get my meaning.”

“Small wonder. Usually, he could hardly wriggle his toes when you were with him.”

Lesley laughed and bared her small white teeth. “Sometimes he was allowed to speak.”

Lesley snorted with laughter and had to put down her cup not to spill the contents. “Bad girl! I do allow him to speak, though I’m not fond of small talk while we’re on it. He gets what I want—oh, was that a pun?”

“It depends on what’s involved.”

“Him and me. And a lot of laughter between the sheets.” She stopped, still chuckling. “I sound like my old English teacher. Bad me! Boring! If I want him to, Raiden’s a wild animal in bed, no shit.” Lesley pointed a finger at Jacklyn. “Before you start worrying for me—though we both know he’s well equipped—he’s never rude. Really, never. I guess it’ll take time for both of us to learn what’s allowed and what’s not.” She made a face. “A little rudeness would really turn me on.”

Jacklyn leaned back, pleased to listen to Lesley’s story. She hadn’t imagined that her best friend would find happiness with a much younger man, if with any man at all. Raiden had been her pet at the dungeon, and at first she had rejected the idea that a paying customer might want more than the treatment she granted him at the playrooms. Only when Raiden was abducted did Lesley admit her feelings and pray for his safe return. The FBI had freed Raiden in the end, but his affection for bondage games was lost.

“Do you hope that he’ll return to your club one day?” Jacklyn asked softly.

“I’m convinced he’ll want the games, not now, maybe not in two months, but maybe in five. No man with his kind of sexual orientation will drop it for long. Yes, he’s been through hell—he doesn’t talk about it, but I heard from Nick about the cells and how other victims were abused. Don’t get me wrong—it’s not important for me, for us. He’s a fantastic lover. I don’t know why I didn’t see that or why I denied myself the pleasure for so long. He told me that he fell in love with me instantly. Imagine that!” She growled. “Don’t laugh, Jacky! That’s not fair!”

“Oh, I’m not laughing.” Jacklyn forced her laughter down to a chuckle, but seeing Lesley’s mocking frown ruined her intention. “But it’s so funny listening to you. He was there—for a year! He was right in front of you. A good-looking dude, as exotic as a man can be, and you knew more about the size of his ass than about the expression in his eyes, obviously.”

“I’m serving the men’s needs,” Lesley replied with mock seriousness, crossing her hands on her knees and giving her voice a high pitch. “I’m not one to study their expectations, especially not concerning any relationship with their mistress.” She made a face and let her voice return to normal. “Usually, I’m better when it comes to judging men’s characters. I was wrong, all right. Yeah, it’s all right. Make fun of me.”

Jacklyn bent forward to touch Lesley’s thigh. “I’m not mocking you. I’m happy for you. But, still, yes, I’ll mock you for not seeing the love in his eyes sooner.”

“Funny. By the way, you’re planning a vacation with your sub, Nicky-boy, finally? I recommend Miami. It was marvelous.”

Jacklyn rolled her eyes. “I wish. Let’s say we compromised. I convinced Nick to spend a few days with my parents at a friend’s summer residence in Popeville. In return, we’ll fly to Portland three days earlier and spend some time alone.”

“On the road? That sounds like fun. Just the two of you, a cozy motel, and a lot of shackles.”

“It’s a house with staff? Your parents know wealthy people.”

“My mom makes the connections, my father just smiles and is as diplomatic as a diplomat can be. That’s why they always get the keys to any kind of mansion, residence, estate…you name it.”

“Sounds great—three days with your lover and no one there to scold you for groans and moans.”