In modern day Manhattan, Atticus is a down-on-his-luck architect who stumbles into an S&M bar and meets a young man who changes the direction of his life. What begins as a random pick-up evolves into an intense game of sexual domination as Atticus finds himself wildly invigorated both as a man and an architect.

As the relationship deepens, his creativity catches fire and he lands a prime architectural job at his firm designing a bold new high rise tower. Soon his two worlds collide as the thin lines between reality and fantasy and pleasure and pain threaten to explode.

With a new introduction by Lambda Literary winner Jeff Mann, this “wonder of a book” is as carnally explosive as it is compellingly original. 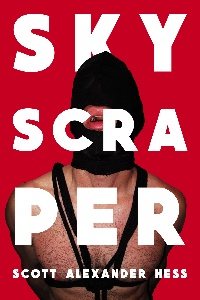 I waited for Tad outside of the club as a light but steady rain began. I huddled near the white brick wall, my suit getting wet, my hair damp, realizing he might not come. He could have left from a different entrance. After a half hour, I was shivering, fumbling for the car service card when he called to me. At the side of the building was an alleyway. I stepped toward the entrance which was like that of a dark, forbidden cave. There was a dim flicker of light in the distance. I moved toward the bit of light, running my hand along the brick wall on both sides of the alley. I realized there was dried blood on my cheek, from where the fence had cut me during the match. I kept going, seeing two figures ahead. There was light laughter, a soft murmuring of voices, but I could not hear what they said. A match struck then extinguished. I made out nothing in the fast flame.

He was talking in low tones directing someone who was with him in the alley, “Just watch. Keep a look out. Get over there,” Tad said.

It was the young redhead who had let me in at the door. I heard him moving away, presumably to the other end of the alley, which fed out to another street. Tad stepped close to me. He was wearing the same black spandex fighting shorts, though he had on a hooded sweatshirt and shoes. He stank of sweat. I felt a useless flash of fear, a momentary vision of who I thought I was, this replaced by who I was at the moment and what I knew I was willing to do for him

He pushed me against the wall, then he quickly put a black cloth hood over my head. There was an open gash for my mouth. He put both of his hands on my face then shoved his tongue into my mouth. It was like a foreign object, slicing into my otherwise covered head. It could have been anyone’s tongue. In my darkness, I saw that black wall in the bathroom where we had first kissed, those razor-thin yellow butterflies in that wallpaper. They were fluttering madly. It was still raining. My hood was damp.

“I wanted you to see what I could do to you. What I can do to a man with my fists,” Tad said, his lips at my ear, whispering.

He grabbed my crotch and squeezed hard and I groaned in pain. For a moment he released me, undid my pants, and pushed them down, then he pressed the hood up just past my nose, and shoved a bottle there, holding one nostril tight. I inhaled. It was the party drug amyl nitrate, and sent me swiftly toward a wild euphoria.

I saw in the hood’s black fabric those wild butterflies pressing forward as if scratching my retinas. Then Tad pulled the little bottle away and put his hands around my throat. He first massaged my throat with his thick fingers, then he began to use his thumb to press below my Adam’s apple, simultaneously forcing his tongue into my mouth. All the while, his hands remained twined around my neck, and as the air seeped away, I tried to grab onto his tongue with my lips, tried to speak. I was desperately looking for words and in my mind the thought was “I love you,” but I had no voice and the pain-pleasure was mounting, plus those damnable butterflies in my eyes. Tad began to grind into me rhythmically, and he spoke in a ranting gibberish. There was an odd new twang to his voice, a slight southern accent that was foreign and unnerving.

Tad pushed into me, and opening my eyes I saw in that hood’s black a white-hot vision. The butterflies overlapped and merged, forming a structure. It was my sketches of that day, but more, it was my own structure born more fully, rising sluggishly, all edges and shards incorrectly bold and divinely erratic, obscene and subversive. I viewed my mammoth thing of beauty as it rose higher, and I heard Tad at my ear, whispering over and over as religion set upon me, a blaze of inspiration and clarity of construction that would not be put down, as Tad said again, “You are mine,” and I ejaculated, finally gasping for air as he released me, and let me fall to the ground. 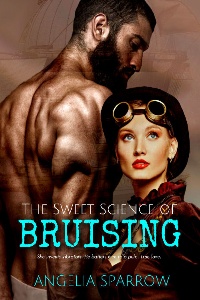 The Sweet Science of Bruising
Angelia Sparrow
In Shelf
$5.99 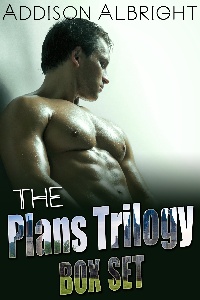