When she's Sugar, she's every man's dream, but when she's Spice, she's his nightmare!

Dark nights and full moons mysteriously turn a beautiful white-haired beauty into a growling, voluptuous she-devil who dines on blood, flesh, and sex. She's a dancer at the Rock Candy Club where she has her pick of men. By the time the evening is over, not one, not two, but three take the beautiful dancer to the parking lot for an evening of sexual debauchery. While she's enjoying the hot feel of these hard bodies inside her, her sister Spice makes an appearance, and the parking lot runs red with blood.

Later she meets a mysterious, fair-haired stranger who falls in love with her. Used to having any man she wants at her beck and call, she wonders if this man can satisfy the raging sexual appetite of both her and her devilish sister, or if should she send him back to the hole he crawled out of ... a hole called Hell! 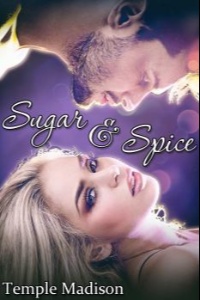 The dance of the wolf!

The words whirled over and over in her mind as she walked in a mental fog to the stage area and then stopped. She stood quietly for a moment while she put her hand up to her forehead and closed her eyes.

A man walked up and lightly touched her shoulder. “Hey, babe, are you okay?”

With dazed eyes she looked up at Casey Wilson, the walk-on they used for her to attack. “Oh, just a little dizzy. I’ll be fine.”

“If you’re not feeling well, we can cancel this, you know…put something else on.” He shrugged. “A lot of men will be disappointed, but --”

She smiled softly. “You know what they say, the show must go on. Besides, I can’t disappoint those sick perverts out there.” She grinned at him. “Or the one behind the scenes.”

He returned the smile. “Hey, that’s my best role.”

“You just make sure you come in on cue.”

He winked. “I’m looking forward to it.”

Slipping through the curtain, she waited in the shadows, listening. On the expected downbeat, she leapt onto the stage and began her act. Everything was going great until she felt something, a stinging sensation much like what she felt when she was summoned by the moon. She turned and looked up at the round, mysterious papier-mâché object. She watched it, danced to it as if she worshipped it. It shimmered before her eyes. Was it her imagination? It had to be.

She began her struggle. In only moments she realized she wasn’t acting, the pain was piercing, and she was about to mutate. She felt her inhibitions draining away as the rays intensified. The power was so strong it felt like electricity stabbing at her through the empty air. A ravenous hunger built inside her, pulling her toward a spicy fragrance she knew to be human blood. She turned toward the audience and danced along the edge of the stage. She leaned out dangerously, her arms grabbing at the men who dared to step up to the footlights.

Her moves were new and blatantly sexy, but she couldn’t stop. She saw the excitement in their faces, heard the roar that sounded throughout the club as she came down off the stage and stalked through the crowd, looking for one, only one. Thinking she was playing with them, the men laughed as she grabbed at them in a threatening way, one and then another. Raucous laughter and wolf whistles broke out.

“Take me, Sugar! Take me!” some called out while they teasingly evaded her reach.

The room began to reel as the excitement increased. The mutation was progressing. Finally, she turned and ran onto the stage and slipped back behind the shrubs and bushes. She leaned against a wall, the mutation grabbing her, refusing to let go. Why was this happening to her? The evening was too young, but she couldn’t stop it. The power of the moon’s rays sizzled throughout her body, and she had no choice but to obey. Her hair was becoming red and bristly, her body growing into a voluptuous Amazon, her clothes shredding.

And then it happened.

Evil such as she’d never known filled her.

She burst out of her hiding place, and a gasp sounded all over the club. She looked down at the men, her eyes raking across each one. She was no longer particular about her prey. Any one of them would do.

She licked the air, tasting the delicious essence of hundreds of lusty men. From out of the gloom of the stage, she heard footsteps and whirled around. A man suddenly appeared, walked to the lamppost, and stopped, looking around. He lingered for a moment as if he waited for someone. Finally, impatient, he began to pace as he looked down at his watch. She crept along the simulated bushes, drawing closer and closer, the men in the audience yelling, whistling with each roll of the drum. The cymbals crashed, a violent roar came out of her mouth, and she pounced on him.

At that moment Spice looked down into the eyes of Casey Wilson and saw lust turn to panic. With a vicious growl, she bit down into his flesh, tasting his metallic blood as it bubbled to the surface. She was so hungry, and it had been so long since she’d had human prey, that even when the blood lessened, she squeezed the wound, forcing more blood out.

She couldn’t get enough. 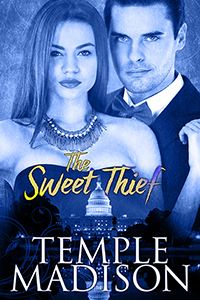 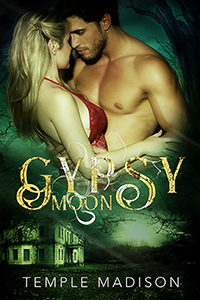 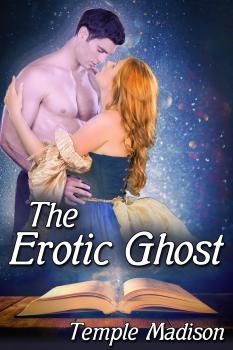