Emma Lawrence is a hard-working waitress, but her life is in a rut. She’s been denying her feelings for her best friend, Aaron Reid, for years. To keep her mind—and her hands—off him, it helps to fantasize about men she could never have. Men like Grayson Pierce, the sexy-as-sin host of the Finding Mr. Right television dating show. But her luck changes when she wins the chance to be on the show and brings Aaron along with her to Hollywood. Emma promises to stop being so reserved and finally to let herself go wild. But why is she still so jealous when Aaron is paired with a notorious cougar? And when she sees Grayson flirting with Aaron, why does her heart start pounding so fast? Aaron’s her best friend, but maybe a celebrity host from a melodramatic TV show can finally break down the barriers holding them back from their desires...

Grayson Pierce has it all: fame, incredible wealth, and the celebrity life. But the ratings for his successful show have been slipping. He needs to juice them up again with some drama. The beautiful, curvy Emma and her hot, bi best friend are going to be the key to ratings gold. Only one problem: he finds himself attracted to not one but both of the show’s new contestants. In fact, he wants them both for himself. All he has to do is make sure to pair Aaron and Emma up with incompatible romantic partners on the show, watch the fireworks, then swoop in and make his move. Only things aren’t that easy. The drama he’s set in motion might pull both Emma and Aaron into a scorching-hot threesome with him, but the same fireworks now threaten to tear their new love apart. 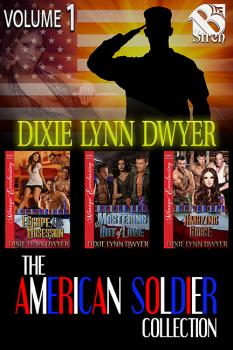