A billionaire alpha, a lone-wolf cowboy, and the curvy chauffeur taking them for a wild ride...

Cindy Taylor, a chauffeur for Mirage Confidential, is racing a blizzard to pick up billionaire Dalton Kincaid. Dalton amuses himself by extreme skiing down Rocky Mountain slopes, and if she's on time, he'll pay a generous bonus. A bonus she could really use this year. But the storm blows in faster than anyone expects, and her limo ends up careening off the road. She isn't hurt in the crash, but when a wolf shows up on her hood and changes into a very naked, very hot man who isn't Dalton, her night takes another unexpected turn. Cole Marsten is a werewolf, and he has no time for foolishness. Despite her protests, the sexy, rugged stranger insists on rescuing her from the powerful storm and carries her off to his cabin. She's busy giving him a piece of her mind for being manhandled when Dalton shows up at the cabin to help her...and sparks really begin to fly.

Cole Marsten doesn't understand what's wrong with this stubborn, beautiful human. He lives out in the wilderness by himself to avoid pack politics and the noise of city living, but he's always willing to help a lady. Only his wolf is telling him this headstrong human is his mate. When an alpha wolf shows up on his doorstep, looking to help Cindy too, he doesn't know whether he wants to fight the guy for her...or kiss him. His wolf insists the rich city slicker is also his mate. All three are trapped by the storm, and passions soon burn hotter than the fire in the hearth. But Cole certainly isn't beta, and he'll never submit to any arrogant alpha, no matter how handsome the guy might be.

Billionaire Dalton Kincaid never expected problems when he jumped out of a helicopter to ski, but then a blizzard blew in and his ride never showed up. Nothing stops a determined alpha wolf, so he sets off for help. Instead of help, he finds more problems. The sight of the human chauffeur stirs all kinds of desires within him, driving his wolf wild. And it's hard to be jealous of Cole, the sexy werewolf who saved her from the storm, because Cole also turns out to be Dalton's mate, complicating things even further. But Cole is a fiercely independent wolf who wants nothing to do with a pack or submission to an alpha. And Cindy might believe the night feels like magic, but she's afraid to trust...and afraid of being hurt. How is an alpha to convince his two mates that the three of them really do have a shot at happiness before that chance is lost forever? 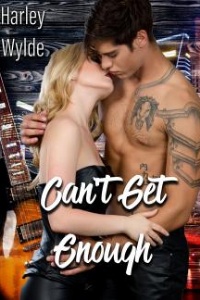 In Enemy Territory
Shannon West
In Shelf
$4.99
Tweets by
sirenbookstrand