Deputy Matt McCracken vows that getting married is the furthest thing from his mind, but fate has a different plan. When concern for his old friend, Pappy drives him into the mountains, he suddenly finds himself inheriting Pappy's mute nephew, Cecil. On his deathbed, Pappy makes Matt promise to look after Cecil and he gives his word that he will. But Matt's world is quickly turned upside down when he finds himself in a compromising situation and Cecil's female attributes are suddenly brought to light. As luck would have it, the scene is witnessed by three well-meaning mountain boys who decide to send for the preacher. Desperate now, Matt can only hope that the Reverend Heath Danvers can talk some sense into the mountain folks before it all turns into a shotgun wedding and he finds himself married to a filthy urchin with sea green eyes!

Deputy Matthew McCracken reached for the back of Cecil's waistband as he ducked under the kitchen table to evade him. Grabbing a hold of the lad, he hauled him back out, kicking and thrashing. "Now, you hold on there, Cecil," he demanded, trying to keep his squirming captive from getting away again. "I just want to talk to you!"

Cecil stared stonily at his captor, his breath coming in ragged gasps, his light green eyes very wary. He did not acknowledge the words of the man holding him other than to stop struggling for the moment.

Matt inspected the boy closely. Those eyes were an unusual color, not one he had seen before. The lad couldn't be more than thirteen at the most. His hat had flown off in the chase, and the boy's hair was black as Kentucky coal and lay finely against his head. He had a stubborn cowlick that stood up at the back of his head and the clean smooth face of a boy not yet gone through the change to a young man.

However, he was as dirty as a lad could get and smelled to high heaven! There was ground-in dirt beneath his fingernails, and the ragged looking clothes he wore didn't look like they had ever seen a washboard. He suspected they hadn't. Old man Rivers ... "Pappy" ... as Matt knew him ... hadn't cottoned much to baths or any form of housekeeping as far as he knew.

"When is the last time you had a bath, boy?" Matt began cautiously, keeping a firm grip on Cecil's arm.

Cecil stared mutely at him, not answering him.

Matt shook his arm a little bit. "Answer me, son. When is the last time you had a bath?"

Cecil shrugged, indicating he didn't know. Nor did he care, Matt suspected.

"Well, boy, you smell worse than a hibernating bear fresh from the cave, and you are as dirty as anyone I've ever seen. And those clothes need tending to." He smiled at Cecil as if he just knew he was going to go along with him this time. "All I want you to do is get a bath. I've got some clean clothes you can put on and some lye soap in my saddlebag. I can't take you home looking and smelling like that. My house would never be the same." Not to mention his nose.

He looked at the pot of water boiling on the old piece of a cook stove that Pappy must have drug up into the mountains by mule and then at the metal tub he had set in the middle of the floor. "The water is hot, and I'll get some cold water from the stream to cool it down, and then I want you to strip and get in it."

Cecil grunted and shook his head vigorously from side to side. The message was clear. Cecil was NOT interested in getting a bath.

Matt tried to curb his impatience. It was getting late in the morning, and he had already been gone overnight. The sheriff would be wondering what had happened to him. He hadn't expected to be stuck with Pappy's nephew when he had come up yesterday afternoon to check on him, but Pappy had been adamant. He tried not to think nasty thoughts like ... just his luck! Pappy had to die when he was here and leave him Cecil!

Pappy had lived in the mountains near Brocton for a long time, as long as Matt could remember in his twenty-two years, anyway. Matt had come into Pappy's territory hunting one day when he was about fourteen. He had a bead on a rabbit and was getting ready to shoot it when a shot had rang out, and a heavy object had dropped on him from the outcrop above. Shoving it off and scrambling to his feet, he had stared in shock at the mountain lion lying dead.

That was the first time he had met the decrepit old mountain man. He had come shuffling from the forest, toothless and cackling and slapped him on the back. "Ye'd best watch what yer doin' in the woods, son," he had said, his faded blue eyes twinkling. "You was a huntin' the rabbit, and he was a huntin' you!" He pointed a gnarled finger towards the dead cat.

Matt had stuttered and stammered his thanks, but Pappy had waved it off. "You jest be more careful, son, the wood is full of all kinds of critters, some good, some bad."

It had been the first time he had ever seen Cecil too. The small lad had hung back, his eyes huge in his thin, pale face, a hat stuffed down on his forehead. "Who's that?" he had asked curiously.

"Oh that's Cecil," Pappy had replied. "He don't talk. My sister's kid. She up and died not long ago, and I inherited him since I'm his only kin." He cackled again. "He don't eat much, and he works hard, so I keep him."

That was all Pappy had ever said about Cecil, and Cecil had never had anything to say, so Matt had just gotten used to him ... kind of like a stray dog that always hung around. He'd come to check on Pappy now and then through the years, but Cecil was always in the background, and he had never paid him any attention.

While saddling Daisy yesterday, he had impulsively decided to head into the mountains and check on his old friend. After telling the Sheriff where he was headed, he had gone. Picking his way along the mountain stream near Pappy's old log cabin, he hadn't been able to shake the feeling that something was wrong.

He approached cautiously, looking about for signs of activity. He didn't see anyone anywhere. There was smoke curling out of the chimney, so he figured someone must be inside. He took his gun from his holster and checked the shells. As a lawman, he knew it always paid to be cautious.

With pistol in hand, he had approached the old steps carefully, his senses on alert. The door was open, and it looked quiet, but he moved the door aside the rest of the way and stepped inside. Off to the right he saw them.

Pappy was lying on an old feather tick, and Cecil was sitting beside him, his head in his hands. He jumped up when Matt entered and a flash of relief came across his face as he moved out of the way.

Quickly, Matt crossed the floor, holstering his gun and knelt beside Pappy, feeling his forehead. It was raging hot, and his breath was raspy. When he felt Matt's cool touch, he opened his faded blue eyes and grinned weakly.

"How long you been like this, Pappy," Matt had demanded, alarmed at the paper thinness of the skin on his face and the hot flesh.

He had coughed weakly, a gargled strangling sound and then spoke. "Not much time ... waited for you, boy ... take care of Cecil fer me ... promise me!" He had grabbed Matt's hand with trembling fingers, his grasp almost too weak to feel.

"I'm going for the doctor, Pappy," Matt had said quickly, starting to rise.

"Of course, Pappy," Matt had replied. "You know I will, but let me go get the doctor now, you just lie back and rest."

Pappy had lain back then, but his eyes had closed, and a raspy breath had escaped his feeble old body ... and not returned. Pappy was gone.

Matt had stood up and looked at Cecil. The boy's eyes had been huge in his face, and his lower lip was trembling, but he stoically stuffed his hands into his pockets and eyed Matt cautiously. It was the first time Matt had ever really looked at him.

After burying Pappy, Matt had told Cecil to go to the stream and get cleaned up and pack up what he wanted to take with him. They would be heading back to Brocton.

Cecil had gathered up his things and tied them into a sack, but he hadn't gotten a bath. Matt had no intention of taking Cecil up behind him on Daisy with him looking and smelling the way he did, so he had insisted. Cecil had never answered him, just stared guardedly at him.

"All right," Matt had said grimly. "We'll do this the hard way then. I'll just toss you in the stream, at least you're bound to come out cleaner than when you went in." He had lunged for the boy, but Cecil had dodged him and run into the woods. "Come back here, boy!" Matt had yelled, but, of course, Cecil hadn't. Matt had gone looking for him, but he had gotten the impression the boy was hiding and laughing at his attempts to find him. Finally, it had started to get dark, and Matt had given up. He had slept with his ear attuned to the boy's return, but he never heard anything. At dawn, he had gotten up and decided to outfox him.

Going out back and into the old barn Pappy had built out of logs, he found a metal tub that hadn't seen use for many a year he figured. The metal was dented and tarnished. He cleaned it up and brought it back inside and then put a kettle of water on to boil. Having done that, he decided to fix the "bait."

Matt figured the boy must be hungry about now, so he rummaged around and found some ham hanging from the cellar ceiling and brought it up. Slicing off some thick slabs, he dumped them into a frying pan, and soon, the smell of ham sizzling was permeating the air. He made sure the window was open so the smell could drift out. It wasn't long before he spied a movement alongside the window, but he ignored it for the moment.

"Time for run to the privy," he had announced to no one and clomped his boots toward the back door and made a big deal of slamming the door as if he had gone out, then he slipped out of his boots and snuck back behind the door and waited.

It was only a minute before Cecil had warily slunk through the door, headed for the pan of hot ham sitting on the table. That was when Matt had sprung. Which brought him to the present moment. What to do with the boy!

"Now, look here, Cecil, it's not like I'm asking you to do anything against your religion you know," he snapped. "It's just a bath. Haven't you ever had a bath before?" 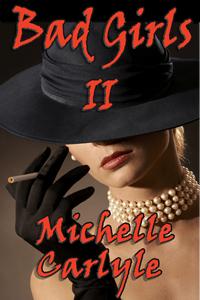 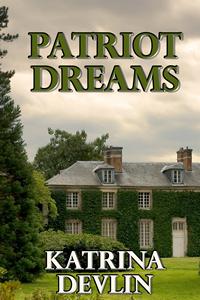 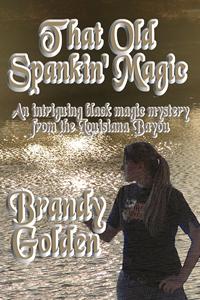