Heat Rating: Sensual
Word Count: 91,000
4 Ratings (3.8)
Action/Adventure Contemporary EROTIC Romance
When stewardess Natalie scoffs at the outrageous marriage proposal of a passenger on her flight, he leaves one of his books on the seat with an invitation to dinner written inside the cover. Natalie takes the book home. Despite herself, the writer intrigues her, but not the man.
She meets Ryan for dinner and when he repeats his proposal, she suggests he hire a secretary. He offers her the position. Weary of her ex fianc's harassment, Natalie accepts his proposal. Accompanying him to Africa as his secretary in the hopes of starting a new life, she must confront danger, intrigue and the challenging aspects of Ryan's personality and his tremendous sex appeal.
The African jungle throws Ryan and Natalie together into unimaginable situations, the exotic surroundings only adding to the heightening attraction for each other and the hidden lusts they harbor deep within themselves.

"Yes, Sir? Can I get you something?" she asked while she kept her eyes on a fixed point above his head.

He had a deep, vibrant voice. When he spoke, it was almost as if it contained a caress, and shivers ran down her spine. His voice sparked hidden feelings, something she'd not felt in a long time.

"Natalie Dubois, what a lovely name. Very unusual, too. Where does the Dubois come from?"

Nervously she fingered the telltale nametag. "My great-grandfather was French." The white lie emerged easily. It was none of his business that it was her ex-husband's name. "What can I get you, Sir?" This time she could not help but meet his eyes. They were brown and dotted with small golden flecks. Right now, they seemed filled with amusement at her discomfort. His hair was not gray as she'd thought, but silver at the temples and above his brow. The rest was black and pulled back into a ponytail. It was hard to guess his age, but she figured him to be in his early forties.

"Nothing. I just wanted to talk to you and hear your voice again." An amused smile played on his well-formed lips.

Natalie attempted a smile. "Thank you, Sir, but I'm really busy and--"

"I don't see a ring on those pretty fingers. I was serious when I asked you to marry me. I need a wife."

"That's quite a presumption!"

The smile broadened into a grin displaying an even set of sparkling white teeth. "You seem like a good candidate for the job. You're attractive, well built and efficient. Just the kind of woman I need."

"Sir! Please contain your thoughts. I don't find this conversation amusing!" Anger caused her skin to prickle all over. But while sparring with him, she realized it wasn't just anger that caused the sensation. The dimple in his cheek fascinated her, and the cleft in his chin was so deep that she could lay a finger in it. Though he disturbed her, and caused sensations within her that she had never felt before, his audacity and lack of tact ignited a spark of rebellion. "Really, Sir! I hardly consider marriage a job to be taken lightly. Now, if you'll excuse me?" she said in a softly indignant tone as she moved away from him.

He chuckled softly. "And she's got fire in her, too! What else could a man ask for?"

The softly spoken remark wasn't soft enough. She was sure he'd meant her to hear it. Turning back to face him, she hissed, "A man could wonder what a woman would ask for, and it certainly wouldn't be for an insufferable individual like you."

Ryan laughed. "Mm, I've been called many names in my life, but insufferable? That's a new one!"

His throaty, infectious laugh infuriated her even more. The man was openly making merriment of her discomfort. Natalie glanced at the other passengers. The conversation had not gone unheard by them, and produced amused smiles and chuckles from the people close by. She felt embarrassment replace her anger and struggled to retain her composure. 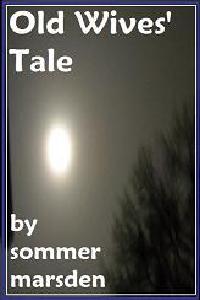