After a difficult year, Ayla Hammond wants to give her girlfriend Shannon a dream Christmas. A cozy, romantic cabin in the woods seems like the perfect way to put their troubles behind them and start the New Year right. And at first, everything is going according to Ayla's plan...until night falls.

There's something in the woods. And it's after Shannon.

I woke suddenly, shivering and on high alert. Was it just being in a strange bed? No. Shannon was gone and the bedroom window was wide open. Night air and snowflakes rushed into the bedroom. I leapt up and pulled the window closed, listening for my mate. She’d probably just gone to use the bathroom, but …why open the window? It was freezing out there.

I stood in the dark, hugging myself and staring out at the shadowy, snowy forest. Shivers crawled down my spine that had nothing to do with the cold. I knew I was prone to paranoia. After everything that had happened to us in the past year, it would be a miracle if I wasn’t. So every time I felt those flickers of neurosis, I tried to stop and think logically through my worries.

The obvious answer was that, yes, she was using the bathroom, and that I should get back under the warm duvet and wait for her to return. Or she’d gone to get a glass of water and again, I should get back into bed instead of standing around with my teeth chattering.

But I didn’t hear water running, or any sounds from the bathroom, and I decided that even if it was a touch paranoid, it wouldn’t hurt to poke my head out into the main room and see if Shannon was in there.

When I opened the bedroom door, another blast of cold air hit me. The cabin door was open, and flurries of snow were tossed in by the wind, piling up quickly on the doorstep. I hurried over and saw footprints in the snow. Alarmed, and heedless of the cold, I rushed outside. “Shannon!”

She stood on the porch, hands clutching the railing. She was naked and shaking, skin blue in the moonlight, and she didn’t react to my shout. I grabbed her from behind, tugging her away from the railing. “Shannon, what are you doing? You’ll freeze to death!”

“But it’s so beautiful,” she mumbled.

I pressed her body to mine, staring over her shoulder at the woodlands. I saw nothing but snow and darkness, heard nothing but the whip of the wind. “Come back inside,” I said, deeply unsettled. “You need to warm up.”

“But I can’t hear her inside. I have to go into the woods.” Shannon struggled in my arms, trying to pull free.

Even the strongest human would be hard-pressed to fight a werewolf on their own. Shannon had no chance of breaking free of my grip, but her words, and her dream-like tone, had me frightened and unfocused. For a second we struggled there, sliding around on the icy wood. My feet were numb, my arms and legs were quaking, and Shannon was dead-weight, fighting me by hanging limp and heavy in my arms. 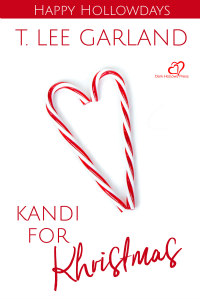