Emergence Is The Process

Emergence Is the Process 1

Alex was a good cop in the wrong place. The old south was a place that still did not have the tolerance for those who had a taste for loving the same sex, no matter how good they were at their job.

After getting a commendation, his boss arranged for Alex to transfer to a location that should be more tolerant to the handsome young man’s preferences in his sex life. What he also found in the small city south of Chicago was a serial killer, no help from the locals, and a partner that could scare the hell out of every gang-banger on any street corner.

A broad shouldered, dark cop with a scar on his cheek, the partner was good at looking for answers that the officials just didn’t care if they got solved. Still, Alex was on the job and into the partner. 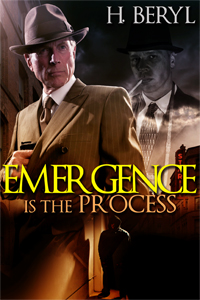 Emergence Is The Process

Emergence Is the Process 1

More From Emergence Is the Process

Emergence Is The Process
H. Beryl
In Shelf
$4.99 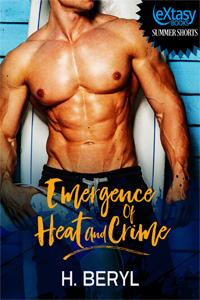 Reid looked like a killer, just like the very kind of people he hunted. With his big build at just over six foot tall, he wore his black hair short. With a scar down one cheek, he watched the world with a frown from black eyes through the tan he was able to keep, even in the winter.

It had taken him ten years to become one of the lead detectives in this crime ridden town on the edge of Chicago. He worked alone and was chasing what he felt was a serial killer in his area. His frustration level was rising as he looked around his dismal dark long office space.

His frustration gauge had gone into red that week, due to a couple of problems. Both his boss and the captain did not want a serial killer announced to the public. They didn’t want the public to panic, nor the extra cost of forming a team to bring together the six deaths that he knew were carried out by the same person. Worse still, they had pushed a new partner onto him.

Reid was a loner and didn’t do partners. He had seen the partner when the lean handsome blond had walked into the offices as Reid was slipping out to catch some sleep. The young man in his motorcycle leathers was the type who drew the eyes of all the women and a lot of the men, with a look of lust behind the examination.

Not only did Reid not want a partner, he didn’t need this type of distraction while he was out running down a killer who was too smart to get caught. The small city had killings happening all the time, mostly among the small time hoods that didn’t have the pull to move up to Chicago.

With the title of Detective came an office. Reid didn’t smile at the thought that they called these dirty dark holes along the wall offices. They had dirty glass on the top half of the inside wall. The furniture was one old bent metal desk with drawers that didn’t close and a file cabinet. The rolling chair squeaked from his two hundred pounds of muscle. He had to keep the overhead light off due to its insistent flicker and the buzz that gave him a headache. He had a light on his desk he had rescued from a dumpster.

It had a bendable neck and it pointed to the back wall, where he had his theory all pinned out. There wasn’t a pegboard on that wall, just peeling gray paint on the blocks. It had been so long since that wall had been painted it had taken Reid several strips of tape to get pictures and notes to stay on the wall, overlapping each other.

Reid was standing, legs apart and hands on his hips, trying to get a hint as to where he could find this brilliant killer. It was at that moment that he got a whiff of leather and motorcycle oil. Damn.

He turned to the younger man who looked like he should be on the inside cover for one of those sexy ads for men’s perfume.

Reid glared at the partner who had been foisted on him. The tall slender man who looked to be all muscle under that tight shirt with the open leather jacket didn’t belong in this defiled smelly cop station.

“My guess is you don’t ride with a helmet.”

Alex smiled a wicked grin that lit up his blue eyes. “That law got defeated in our state, remember?”

Reid watched those blue eyes look at the wall with all the info he had taped to it.

“So there is a serial killer out in the slums.”

Reid looked first at the young man and then turned again to his wall. “Are you saying you see something within all of that fucking shit? Because the powers that be say there is nothing that ties them together, that one person can’t be the same one who killed those six people.”

There were six photos of ordinary people at the top, barely lit by the glow from Reid’s desperate little desk light. A couple of the photos came from driver’s license. Two of them, a man and a young woman, were from arrest photos, face forward with the black height lines behind them. The other two were standard photos the police had obtained from families after the bodies had been identified.

Alex spoke from his position at the door. “So we have a teenage boy, a mother out for groceries, a female out on parole and a male drug dealer who served his time. If he’s normal, he was out dealing again. There is a retired male teacher and a pretty waitress. Their common point is they live in the slum area, but not next to each other. Each was killed in a different manner, shot, knifed, hit and run—ugh—broken neck, drowned and poisoned. So this killer has a real imagination.”