Trey Palmer killed his stepfather three years ago, stabbing him repeatedly with a butcher knife, and now he's facing life behind bars. He doesn't deny what he did, nor does he regret it. But he's plagued with flashbacks of a torturous childhood in which he was abused by this man he finally extinguished. In prison, Trey employs a strategy of avoidance. He becomes a loner and a workaholic, steering clear of the gangs and their drama. His life changes one day, however, when a new cellmate arrives.

Jeremy Banks, also in for murder, decries his innocence. With his long hair and angelic face, he's too pretty for a men's prison. Though at first annoying and mouthy, Jeremy begins to wiggle his way into Trey's heart, and Trey starts to wonder if maybe the kid really is innocent. He truly does seem like an angel. Their feelings for each other evolve, blossoming into something forbidden yet beautiful. But how can a love like theirs last in a place like this? 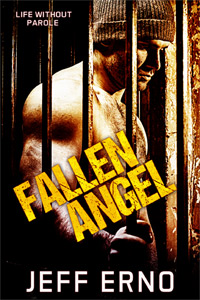 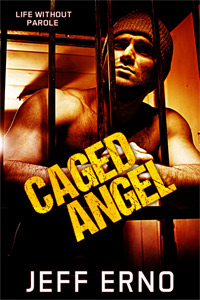 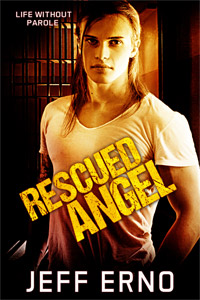 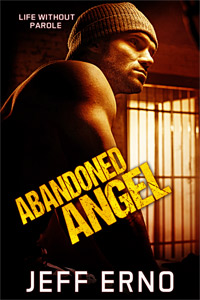 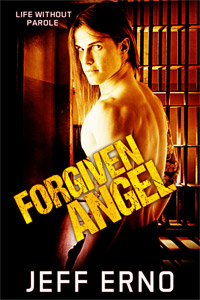 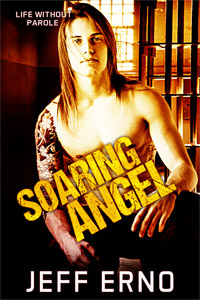 No, it wasn’t PTSD. Not exactly. Though the memories replayed like a movie in Trey’s head, the images certainly didn’t haunt him. He didn’t wake in the middle of the night drenched in sweat, fearful and confused about where he was or why he was there. He suffered no recurring nightmares, and he had no regrets. He’d do it all again in a heartbeat. Only, if given the chance, he’d take his time. He’d expend the necessary effort to prolong the suffering. It all had happened so fast, and was over far too quickly.

He should have savored every second of that motherfucker’s gasping suffocation. He should have stared down into Greyson’s eyes and laughed as he writhed at Trey’s feet, bleeding out. He should have mocked and ridiculed his panic and agony as he tried desperately to beg. Too little, too late.

It reminded Trey of slicing into a watermelon. He’d always imagined there’d be more resistance. Perhaps if he’d struck a bone, but by the blessed grace of karma, he’d managed to plunge the knife at a perfect angle, just to the right of Greyson’s spine, and it sank smoothly into the flesh, tearing through his heart like a butter knife slicing through margarine.

Trey should have diced him. He should have chopped him into little pieces. If only he’d done so. At least he’d now have the satisfaction of whacking off the bastard’s cock and shoving it down his bloody throat. That same cock had for so many years fucked his mother and raped him and his baby brother. Trey wished he’d have thought to mutilate and destroy it for good.

He yawned and clasped his hands behind his head as he stretched out on the thin cotton mattress.

Maybe with the right attorney he’d have gotten off by pleading temporary insanity. Self-defense, perhaps. He might have been able to argue that he’d succumbed in a moment of weakness to a crime of passion. What jury, after hearing all that Patrick Greyson had done to Trey and his family, would have been able to convict him and send him away for life? Fuck, they’d likely have called for the corpse to be exhumed and burned at the stake.

Trey didn’t regard himself as a murderer. Murder was when a human being snuffed out the life of another innocent human being. Greyson was no human. Far from it, he was a monster. Rapist. Pedophile. Wife beater.

But Trey wasn’t about to put his mother and siblings through the indignity of a trial. He couldn’t force them to relive their nightmare so publicly. Without even allowing them the opportunity to argue with him, he confessed. He pled guilty, knowing full well the consequences.

Trey was struck by the irony in the phrase Life without parole. Essentially, he had no life. They’d taken it from him... or he’d given it up. Now to face an indeterminately long future with nothing to look forward to, he had only an existence. No family. No offspring. No holidays. There would be no weddings or graduations, no vacations. And he’d live out whatever remaining years he had in solitude, no special person with whom to share his hopes and dreams.

It had become pointless to even bother dreaming anymore. He had to face each and every day one moment at a time. He had to get through the next twenty-four hour period. Then the next, and the next after that. They were all the same. Sleep, eat, exercise, watch TV, work out again, sleep some more. Day in and day out.

At twenty-one, Trey had already spent three years behind bars, but they were not even the beginning. Trey wasn’t afraid of dying because he was already facing eternity. His sentence, the L Whop, life without parole, offered him no hope other than the possibility that tomorrow might somehow be remotely more bearable than today, which might in turn be better than yesterday. Yet the days ran together, each a never-ending, monotonous extension of the previous.

He’d seen guys not much older than himself do the Dutch, check themselves out permanently ‘cause they couldn’t take it anymore. To be honest, he’d considered as much. Facing no possibility of eventual parole, he could claim his own backdoor parole. For him, the Michigan Department of Corrections was like the Hotel California. You could check in anytime, but never check out. He’d be here all day and a night.

What a fucking twisted version of reality his new life had become, so contrary to everything he’d known in the outside world. In real life, out there in the daily rat race, time was the enemy because it was so fleeting. There never was enough time to get everything done, never enough hours in a day. In here, time was all he had. Time in abundance taunted him, tortuously churning ever so slowly. 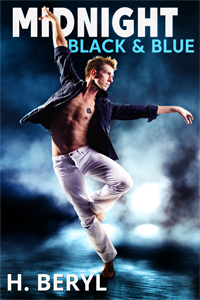