Finding My Way Back Home

I found my paradise. I created it from a lot of hard work, a desire to succeed, sometimes by neglecting those who love me most, and losing others who left me heartbroken. With success comes power, fame, but many times it brings paranoia and despair too. Now, when things can’t possibly be better for me, when things couldn’t be sweeter, and love more wonderful, things begin to start falling apart…and it’s all my own doing.

The life of a superstar isn’t all glamour and happy good times. In fact, it can be downright dangerous at times, scary as hell, and can leave you feeling like you’re spinning out of control. You don’t always know whom best to trust, even when you love them with all of your heart. In the end, it’s up to me, Tina Marz, to find my way back home. 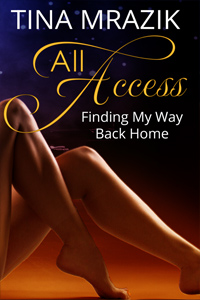 Finding My Way Back Home 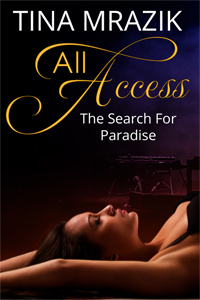 The Search For Paradise
Tina Mrazik
In Shelf
$5.99 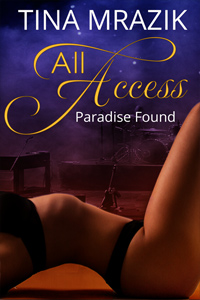 This was the first time I became hysterical. I don’t mean crying, laughing, or the usual response to an absurd situation. I was screaming like a crazy person being put in a straightjacket and thrown into a padded cell.

Having no other choice, they pushed me down on my back, strapping my wrists and feet to the cold steel. I’m sure to those around me watching this scene unfold I looked like a thrashing fish trying to get out of a net. The past—I don’t know how many—hours was a complete blackout. I had dried blood in places it shouldn’t have been, a syringe complete with needle sticking out of my arm, muscles that felt like they’d been torn from my insides and then put back. My vision was going in and out, blurry then fading to black, and back again. I could barely talk and started frothing at the mouth. This I don’t remember but I was told about later. I can only imagine the horrified looks on people’s faces as I was wheeled out of the hotel on the stretcher to the waiting ambulance.

Lisa jumped in the back to ride with me to the nearest emergency room. This was starting to become a habit I didn’t like, but had become accustomed to. My body was shaking so violently one of the techs moved Lisa toward the front area near my head so she wouldn’t get hurt. I’ve never done acid, MDNA, or E, but I swear this was the worst trip I’d ever had. Maybe the heroin or coke had been tampered with or the girls slipped me something else as a kicker. Whatever the mixture, it could certainly have been lethal.

To regulate my breathing, in the hope that it would calm me down, an oxygen mask was put over my face. I felt something cold and sharp sticking in my left arm. Since one of the rescue guys was holding my head in place, I wasn’t able to turn and see what was going on. Feeling a pinch, I tensed up and waited for the rush to hit me. Finally, someone’s going to take pity and fix me. It was about fucking time. I can’t tell you what happened after that. Either I blacked out or a sedative was shot into my veins.

Leave it to me to expect one of these straight-laced guys to shoot me with smack or blow to even me out. I only know about my subsequent arrival at the hospital from what I was told. Marty and Darren hitched a ride with a local cop in a patrol car, siren blaring at top volume. What I found to be rather funny later was Darren’s reaction.

Apparently, my experience and seeing it firsthand had scared the shit out of him. On the way to the hospital, he asked Marty to put him back in rehab the minute I was released from the hospital—if I survived, that is. So much for Mr. Invincible and the tough guy it can’t happen to me routine. Not a pretty sight, was it, my friend? Had it not been me in the ER, and someone else, I’m sure I would have tossed myself into a fire pit somewhere praising God that I’d been spared.

Not surprisingly, the tabloid press beat the ambulance to the hospital and was waiting for my unforgettable entrance by the time everyone pulled up. With an oxygen mask practically covering my entire head and a sheet and blanket covering my naked bruised body, I was whisked past prying camera lenses faster than a tumbleweed in a dust storm. My one regret of many was I missed the physical confrontation between Marty, Darren, and Ally with the photographers. For lack of a better term, they were ambushed as they got out of the patrol car. The officer moved as many back as he could, but when the pack smells blood, reinforcements are necessary. The pushing and shoving had finally crossed that elusive invisible line and punches began to fly. I have no idea who swung first, but I do know Marty ended up with a broken nose and one hell of a lawsuit. Darren received a couple of scratches and one or two bloody knuckles. Thanks to Ally’s martial arts training and partly because she is a woman, they backed off a bit, but not enough. She didn’t take any shots to the body or face, but she dealt a couple going the other way. That’s my girl. Now that’s how you act like a rock star. I couldn’t have been more proud.

Of course, as far as I was concerned, I was lying on my deathbed with no other place to go. Whatever they spiked me with in the ambulance stopped my shaking and brought me around slowly. This was probably the first moment of clarity I’d had in days. I had no idea where I was, how I got there, or what had happened. For a moment, I believed I was onstage, confused by the high intensity and brightness of the florescent lights above me. Either that, or it was the white light everyone supposedly sees when they’re dead and ascending to heaven. I didn’t think doctors and nurses wore surgical scrubs lounging on the clouds, so obviously, the Kingdom was out of the picture and I was still alive.

My restraints were removed, as was the heroin-laced needle in my arm. I felt an intense burning sensation shoot up my arm into my neck once it had been yanked out. That might have been the first time in the whole experience I’d actually felt pain. It wasn’t until my mind became clearer and I became aware of what was going on that my body sent signals to my brain that I was in a world of hurt. I literally couldn’t move a limb without intense discomfort and blinding agony.