Julie Newcastle and Michael Ramsey have been in love since third grade. Their marriage was eminent, but then America was attacked and Michael felt he should serve his country. Heartbroken, Julie waits, but eighteen months later, Michael returns and breaks their engagement. Can life get any worse?

Picking up the pieces, Julie becomes a nurse--only to have Michael turn up in the hospital where she works--severely injured and in a coma. Julie still loves Michael, but is her love strong enough to see him through his crisis? Can true love endure all obstacles? 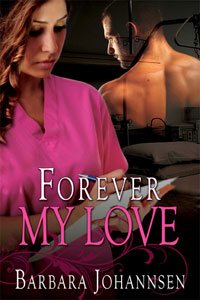 Julie tried to steel her emotions as she poked her head around the door facing of the hospital room. The two male nurses were in the process of getting Michael settled in bed, adjusting the series of machines that would keep record of his breathing and pulse. Even though it was obvious to both nurses that Michael couldn't use the call button, one of them pulled the cord within reach and fastened the buzzer to the corner of the sheet.

"Can we come in, Jimmy?" Julie asked in a quiet voice.

The big male nurse turned and smiled at Julie. "We've made him as comfortable as we can, Julie. The rest is up to God."

Julie heard the quick intake of air Dean sucked in. She turned and wrapped her arms around his neck before stepping into Michael's room. "We have to help each other," she whispered in his ear. The tightening of Dean's arms around her waist assured her that he had heard her soft whisper.

The nurses stepped into the hall as Julie and Dean went into the room. From the door, Michael appeared to be sleeping peacefully. His features were relaxed and his eyes closed. His hands and arms were exposed above the covering of white sheet. His right arm was in a cast. Julie's gaze dropped to the plaster form. Through the sheen of tears misting her eyes, she glimpsed the scrawled names in red and blue ink running in random patterns across the plaster.

"Oh, my God," Dean exclaimed. He approached the bed and reached out to touch Michael. As he laid one open hand on his son's chest, he turned a tearful face to Julie. "How are we ever going to stand seeing him this way, Julie?"

Pain shot through Julie's insides. The remorse in Dean's eyes nearly broke her heart. Surely seeing Michael in this awful way brought back memories of Sharon's battle with cancer he had tried to bury. She wrapped her arms around his neck and held him close.

Dean broke the hug and wiped a hand across his eyes. "I'm sorry, Julie. I know I should be stronger, but the sight of him lying there, so still and lifeless got the better of me. We don't even know if he will regain consciousness.

A combination of emotions surged through Julie's insides as she looked down at Michael. There was an aura of silence about him that she couldn't find the courage to accept. She reached out one hand and touched his cheek, lightly pressing her palm against his jaw. His skin was warm and the familiar feel of beard stubble made her close her eyes for a moment. The years they were separated seemed to melt away, lost in a sea of hurt and time. Resisting the urge to gather his still body into her arms, Julie pulled her hand away and looked at his father.

"I want to get a look at his chart--and speak with Doctor Murdock."

"I'll stay here," Dean said, drawing a chair up beside Michael's bed. "I want to be here when he wakes up." 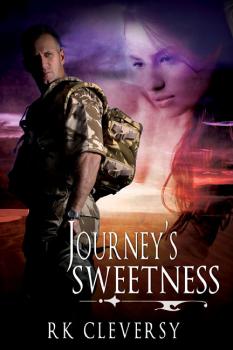